For investors who’d started getting used to markets lurching in response to the latest shock from Washington, the calm seems unsettling. It shouldn’t be, says Krishna Memani, chief investment officer at OppenheimerFunds Inc.

“The markets won’t pay attention to political risk until they absolutely, positively have to,” he said by phone. “Unless the underlying economic conditions are getting weaker and the Fed is in a totally different mode and inflationary pressures are building, and then you dump geopolitical issues on top of it, it’s not a catalyst, but it exacerbates the problem far more than anything else.”

Equity investors aren’t alone in their calm. One measure of cross-asset market risk has tumbled back to levels last seen when the S&P 500 Index hit a record in January. In fact, it’s fallen three straight weeks, signaling declining expectations for swings in rates, currencies, commodities and stocks.

The S&P 500 rose 0.8 per cent as of 12:21 p.m. in New York, and demand for haven assets from gold to Treasuries was weak -- even after escalating tension in Syria, the threat of more Russia sanctions, and Donald Trump’s unprecedented spat with his Justice Department brought a blast of political discord.

While there’s raft of potential pitfalls lurking, from the fates of Nafta and the Iran nuclear deal to a possible North Korea summit and ongoing protectionist rhetoric, stock investors have other things to focus on.

“The market has shrugged off some of the recent flare-ups in geopolitical activity and instead may be turning its attention briefly back to fundamentals,” Mark McCormick, the North American head of foreign-exchange strategy at Toronto-Dominion Bank, wrote in a note to clients Monday. “This setup could see markets pivot towards the Q1 earnings season for direction.”

With investors expecting a boost from the December tax bill, the forecast growth in S&P 500 income stands at 17 per cent for the January-March period, the best in seven years.

In the currency market -- where investors can most easily express political sentiment -- traders haven’t seen enough strife to get worried, JPMorgan strategists wrote in a note Friday.

“The recent evolution of the global data flow threaten, but have not deteriorated sufficiently yet to materially change baseline directionality of FX forecasts,” they said, adding these risks don’t “yet warrant a comprehensive rethink of medium-term strategy.”

The firm’s Global FX Volatility Index has fallen for four weeks and is currently hovering near the lows set in mid-January.

Investors looking at Mexican assets, long roiled by contentious Nafta negotiations and a looming national election, will need to reassess risks every month, according to Andrea DiCenso, a portfolio manager at Loomis Sayles & Co. But for now, she’s turned bullish.

“I don’t think we should be shocked to see Mexico regain its strength as an overweight position in many investors’ portfolios,” DiCenso said at a press briefing on April 10 in New York. That makes sense as concern related to the Nafta negotiations had weakened the peso to around 19 per dollar and caused very “high positive real yields.”

“Syria and other issues have been with us for quite some time and nobody takes the likelihood of a large conflagration of all this very seriously,” he said. “You kind of factor all that into your tail risk calculations in terms of how much risk you want to take, but it’s not something that determines whether you’re going to take risk or not.”

Earnings season is a catalyst to crush volatility once again
April 16, 2018 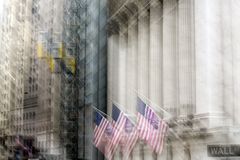 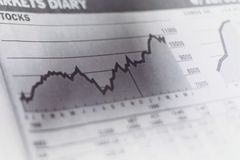 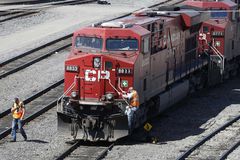