John Reese is chief executive officer of Validea.com and Validea Capital Management, the manager of an exchange-traded fund based on the fundamental stock selection strategies of legendary investors. Globe Investor has a distribution agreement with Validea.ca, a premium Canadian stock screen service.

Markets have returned to volatility after an unusually calm 2017, but that hasn’t stopped companies from striking deals to combine. So far this year, a record US$1.7-trillion in deals have been announced, nearly US$120-billion of that in just a few days last week, including T-Mobile US Inc.’s US$59-billion bid for Sprint Corp.

More notable is the size of the transactions. Thomson Reuters points out that while the number of deals is down from this time last year, their size is way up. Megadeals – in the billions of dollars – are more than half of current activity.

In the United States, questions about the direction of regulations and taxes are now clearer than they were this time last year, and all of the typical economic drivers are present to make for an excellent deal environment: cheap debt, high stock valuations and mounds of cash sitting on corporate balance sheets.

Warren Buffett’s Berkshire Hathaway Inc. has a war chest of more than US$100-billion, and he likes to say he has been hunting for elephants. Tech giants Apple Inc. and Google parent Alphabet Inc. are also sitting on giant cash piles, and private-equity firms have billions of investor dollars to put to work.

This is all happening against the backdrop of strong corporate earnings and co-ordinated global growth. Companies have been feeling the “animal spirits” unleashed by tax cuts and reduced regulation. Optimism may be fuelling this urge to merge, as companies look for new ways to diversify, boost revenue or cut costs.

But merger activity also tends to pick up during periods when the market is overheated and when chief executives are tempted to cash in on rich valuations. Much has been said about companies in retail and related industries that are feeling pressure to put together defensive mergers to protect against the disruptive forces of Amazon and Netflix.

Just look at companies that could be affected by those two companies. E-commerce giant Amazon has sent shock waves through the retail sector, and Netflix has changed the way entertainment companies such as Disney and Comcast do business.

There could be defensive consolidation as a result. Already, Rupert Murdoch’s 21st Century Fox is in a US$52-billion deal to sell its entertainment and studio assets to Disney to refocus on its news and sports businesses. Disney’s bid was chosen over Comcast’s. And Viacom and CBS have danced around a merger as well, again combining broadcast and distribution with entertainment production.

After Amazon bought Whole Foods last year, stocks of grocery chains and drug-store companies took a hit. Bricks-and-mortar stores such as Footlocker and Dick’s Sporting Goods were seen as vulnerable because apparel makers such as Nike were increasingly selling their products online.

The pick-up in megadeals could signal we’re nearing a “peak” market and it is making stocks expensive. Mr. Buffett, in his annual letter to shareholders earlier this year, complained about the public and private company valuations and the challenge Berkshire had in finding acquisitions that traded at what Mr. Buffett calls a “sensible price.”

Keep in mind, asset prices can remain high for longer than many think, and the pick-up in M&A isn’t a harbinger of a market downturn, but it is certainly something to keep your eye on.

The key for companies and investors, of course, is to find areas of the market in which there are pockets of relative value to be found. The way I accomplish this is by using a series of investment models built on the principles of legendary investors and by deploying these strategies in a highly disciplined, unemotional and systematic way. Over the long run, a process-based approach is superior to trying to find the next takeover target.

Johnson Outdoors (JOUT) – This maker of seasonal outdoor products such as canoes and scuba gear scores highly on our model tracking the style of former Fidelity manager Peter Lynch. Its price-to-earnings multiple of 17 is favourable compared with its 32-per-cent growth rate based on historical rates.

Walgreens Boots Alliance (WBA) – The drugstore chain has been boosted by news Amazon is cooling off on trying to sell drugs to hospitals. It scores highly on our models tracking Mr. Lynch and value investor John Neff, with a P/E of 15.6 and earnings per share growth of 13.9 per cent.

Signet Jewelers (SIG) – The jewellery retailer scores highly on three of our models, including the one tracking the style of value investing legend Benjamin Graham. Its 10-year cumulative growth of more than 122 per cent beats Mr. Graham’s hurdle rate of 30 per cent over a decade, and it has a relatively modest P/E of 7.75. 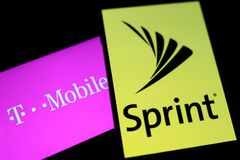 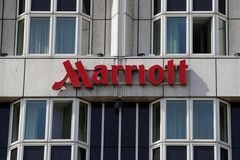 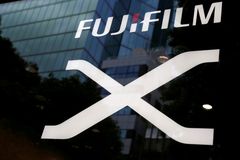