With apologies to Charles Dickens, it was the best of times, and the worst of times, for my model Yield Hog Dividend Growth Portfolio.

Now that the portfolio has marked its one-year anniversary, today I’ll review what worked – and what didn’t – over the past 12 months.

First, a quick recap of the portfolio’s mission.

At the end of September, 2017, I invested an imaginary $100,000 in 22 securities – 20 stocks and two exchange-traded funds – with a history of regular dividend increases. Employing the same strategy I use with my personal investments, my goal was to build a diversified portfolio of relatively low-risk securities that would generate a growing stream of cash.

As you’ll see, the portfolio has succeeded unequivocally in that regard (more on that in a moment). But first, let me explain why this was also the “worst of times” for a dividend-oriented portfolio – at least from the standpoint of share prices.

Rising interest rates are like kryptonite to some dividend stocks. That’s because higher rates make it more expensive for companies to borrow money, and also because the yields on dividend stocks must rise – which means their prices must fall – to compete with the higher yields available on bonds and guaranteed investment certificates.

In the past year, the yield on the five-year Government of Canada bond rose by about 0.6 percentage points, on top of an increase of more than a full percentage point over the previous 12 months. (The five-year yield is currently about 2.4 per cent).

It’s no surprise, then, that 10 of the model portfolio’s securities have fallen in price since I bought them, ranging from a drop of 20 per cent for Enbridge Inc. (ENB-T) to a barely perceptible decline of 0.03 per cent for Restaurant Brands International Inc. (QSR-T). (Restaurant Brands replaced Pizza Pizza Royalty Corp. (PZA-T), which had been the portfolio’s worst performer – down 38 per cent – before I sold it in August. It has since skidded another 11 per cent.)

But here’s the thing: Even in the face of rising interest rates, the portfolio still managed to post a positive total return – including dividends – of 4.8 per cent for the year through Sept. 28. Granted, that trails the S&P/TSX Composite Index’s total return of 5.9 per cent over the same period, but it hardly qualifies as a disaster. Indeed, eight of the portfolio’s securities posted double-digit gains, led by a 41.4-per-cent increase for Canadian Apartment Properties Real Estate Investment Trust (CAR-UN-T).

Now, let’s talk about those dividends. As I mentioned, the core objective of the Yield Hog Dividend Growth Portfolio is to generate rising income, and it’s been doing precisely that all year. At inception, the portfolio’s annual cash stream – based on dividend rates at the time – was $4,094. The projected annual dividend income has since climbed to $4,578 – an increase of 11.8 per cent.

It was a team effort. All 22 securities raised their dividends at least once in the past year; three – Bank of Montreal (BMO-T), Royal Bank (RY-T) and Telus Corp. (T-T) – hiked their dividends twice; and one – A&W Revenue Royalties Income Fund (AW-UN-T) – announced three increases. Reinvesting dividends regularly also contributed to the portfolio’s growing income.

Dividend growth stocks are the gifts that keep on giving. Before the year is out, I expect to see additional dividend increases from Fortis Inc. (FTS-T), CT REIT (CRT-UN-T) and possibly a few other stocks in the portfolio. And there will almost certainly be another batch of increases early in 2019 when companies post their year-end results.

Some readers have asked if, given the mixed performance of the portfolio in its inaugural year, I plan to make any major changes.

One of the keys to investing success is to stick with the program even in times of adversity. So, no, I won’t be moving a chunk of my portfolio to marijuana-infused beverage makers or blockchain startups. Dividend growth investing has a long and prosperous history behind it, and I fully expect that it will remain a profitable strategy for years to come – and long after I am gone.

Now, I reserve the right to tweak the portfolio occasionally – as I did with Pizza Pizza – if a company’s outlook has changed for the worse. But I remain as committed as ever to the dividend growth philosophy. One middling year won’t change that. 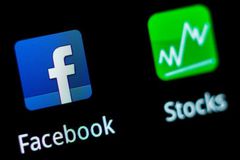 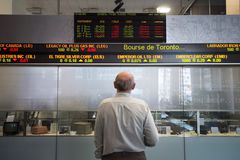