This is the time of the year my Ivey value-investing students have submitted their final stock picks for the year. It was very difficult this year to find truly undervalued stocks. That said, it was somewhat easier to find stocks that simply looked as if they were undervalued (applying the classic Ben Graham approach) than to find quality stocks that might appeal to that other famous value investor, Warren Buffett. Three stocks got my attention. Two of them appeared to be Graham-cheap stocks, whereas the third looked more like a Buffett stock.

McKesson is one of the world’s largest distributors of branded and generic drugs, and medical materials with a market cap of US$31.4-billion, annual revenue of more than US$200-billion and coverage by 81 analysts. Its biggest business is pharmaceutical distribution to independent U.S. drugstores. Outside of United States, it has a retail pharmacy chain in Europe and Canada.

But its stock is trading close to the 52-week low. The reason?

On Oct. 27, 2017, a report from St. Louis Post-Dispatch showed that Amazon had acquired wholesale pharmacy licences in 12 U.S. states, including Michigan, Nevada, New Jersey and Tennessee, to name a few. As Amazon has been selling over-the-counter drugs for years, there was a speculation in the market that Amazon was moving into the prescription-drug delivery business. Right after the news was released, share prices of three of the largest pharmaceutical distributors in the United States − McKesson, Cardinal Health and Amerisource Bergen, who collectively control over 90 per cent of the market − dropped between 7 per cent and 12 per cent over a few days.

Moreover, on Jan. 30, Amazon, with Berkshire Hathaway Inc. and JPMorgan Chase & Co., announced the formation of an independent venture that aims to improve the cost and quality of health care for their U.S. employees. The venture was to focus on technology services to simplify the health-care system. Following the news, the share prices of McKesson and pharmacy chain Walgreens dropped by nearly 20 per cent, wiping out most of the gains they have accrued over the previous several months.

Is it possible for Amazon to disrupt the health-care industry?

But can Amazon compete and win in an industry when the incumbents are no longer underestimating its capabilities and are watching and reacting to every move Amazon makes? Is the market overreacting? Is Amazon really a threat to McKesson’s distribution business? The students did not believe so because, they reasoned, distributing and selling drugs is not like selling or distributing anything else. Moreover, Amazon has history of disrupting high-margin businesses; why would it consider disrupting a business with gross margins of 3 per cent to 5 per cent and less than 2-per-cent operating margins?

McKesson operates in a mature, non-cyclical industry, it has a sustainable competitive advantage based on its economies of scale and demand advantage. McKesson’s operating margins, while low (about 2 per cent) are above its competitors. It is conservatively financed, given the industry it belongs in, as its debt/capital ratio is 45 per cent, interest coverage is a solid 28.7 and its debt-to-earnings-before-interest-and-taxes is 21.7.

John Hammergren, the current CEO, was promoted internally from the North American pharmaceutical distribution division; he was appointed chief executive in 2001, subsequently making chairman in 2002. Under his supervision, McKesson has been able to increase average operating margins by 0.5 per cent, achieve revenue growth of 8.3 per cent and a compound annual growth rate also of 8.3 per cent. The company has repurchased a third of its shares in the past decade and has a track record of consistent dividend distribution.

One area of friction emerged last year when Mr. Hammergren was ranked No. 1 in Forbes’ highest paid executives list with a total compensation package of US$131.2-million in 2017. The news raised concerns with company shareholders, with the Teamsters union proposing to divide the role of chairman and CEO. (The union did not disclose how many McKesson shares it owns but said it had “substantial” holdings in the company.) The motion was ultimately unsuccessful despite a 40-per-cent ruling against management.

The company’s adjusted return on invested capital was estimated by the Ivey students to be 9 per cent while its cost of capital was about 6 per cent, affirming the company’s competitive advantage and barriers to entry. The company’s intrinsic value was estimated to be US$215.40 and, accounting for 33-per-cent margin of safety, the entry price was US$143.60. At the time of the valuation, McKesson was a buy, but no longer because the stock has recently risen to US$149.59, which is above the entry price.

Normally, it is quite difficult to find cheap Buffett-like stocks, but McKesson is very close to be truly undervalued. 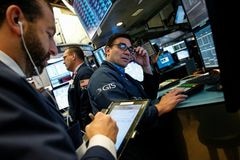 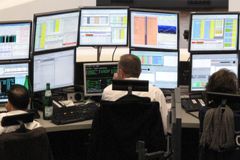