Is it too late to join the Tesla party?

Shares of the electric vehicle maker are up 700 per cent over the past year, a meteoric rise that has punished short-sellers and turned it into the world’s most highly valued automaker.

The company’s formal entry into the S&P 500 on Monday generated unprecedented activity near the close of trade on Friday as index-tracking funds loaded up on shares so their portfolios correctly reflect the index.

Turnover in Tesla shares topped US$120-billion shortly after 4 p.m. ET, with volume exceeding 200 million as the stock traded after hours, according to Refinitiv data. Trading volume for Tesla has averaged 53 million shares over the past 10 sessions. Tesla’s shares ended up 6 per cent at a record US$695.

The company headed by billionaire Elon Musk becomes the most valuable ever admitted to Wall Street’s main benchmark, accounting for more than 1 per cent of the index.

Still, Wall Street is divided over whether Tesla’s days of heady gains are numbered.

Over all, Wall Street analysts have long been skeptical of Tesla. The 35 analysts tracked by Refinitiv have an average price target of US$396.30 a share, which would represent a 36-per-cent decline from its current price. Yet in a sign of how split Wall Street is on the stock, target prices range from a high of US$774 a share by Elazar Advisors to a low of US$40 by GLJ Research.

Some long-term investors say that they still expect to see Tesla post above-average gains because of increasing adoption rates in the global electric vehicle market and its solar energy business. At the same time, investors remain convinced that Mr. Musk, the chief executive of Tesla, will continue to push the company’s disruptive technology ahead of its competitors.

“It’s become clear this year just how far ahead of the competition the company is in terms of not only its technological abilities but its combination of range and performance at an affordable price,” said Gary Robinson, portfolio manager of the Baillie Gifford US Equity Growth fund, who owns the stock.

Tesla will likely prove to have a more profitable business model than its rivals and post accelerating growth rates in its solar business, allowing its stock to more than double over the next five years, he said.

Its inclusion in the S&P will push the forward price-to-earnings ratio of the S&P 500 index up an additional 0.4 times to near its highest valuation in history, according to a note from Goldman Sachs.

“Tesla’s multiple of earnings is very high in nominal terms for any company in any industry at any time in history,” the firm pointed out, keeping its US$80 price target on the company’s shares.

Despite the stock’s high valuations, some long-term investors say that they are sticking with the company. “Near-term valuations tend to be less meaningful over time when you invest in right teams,” said Anthony Zackery, a portfolio manager at Zevenbergen Capital Investments.

Bears still abound in Tesla, focusing on Mr. Musk’s track record of missed production targets and on corporate governance risk after Mr. Musk was forced to step down as chairman to settle fraud charges in 2018.

Despite handing short-sellers US$33.8-billion in mark-to-market losses since the start of the year, Tesla remains the company with the most total money bet against it in the U.S. market, according to S3 Partners.

“At some point, you do short the stock because this is probably the last big move for a while for Tesla,” said Charles Lemonides, portfolio manager of ValueWorks LLC, who does not currently have a position in the company.

“Up until now betting against Tesla has been a very dangerous thing to do, but it may get to a place where it’s completely overextended,” he added. 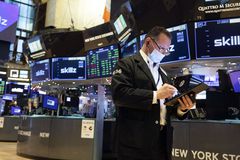 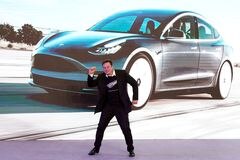 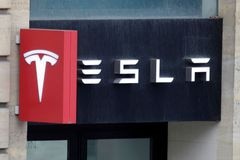