Private equity has a place at the table, and so do Oprah and Jay-Z. Food giants like Nestlé are scrambling to get a foot in the door. There are implications for the climate. There are even geopolitical rumblings.

The unlikely focus of this excitement is Oatly, producer of a milk substitute made from oats that can be poured on cereal or foamed for a cappuccino. Oatly, a Swedish company, will sell shares to the public for the first time this week in an offering that could value it at $10 billion and exemplify the changes in consumer preferences that are reshaping the food business.

It is no longer enough for food to taste good and be healthy. More people want to make sure that their ketchup, cookies or mac and cheese are not helping to melt the polar ice caps. Food production is a leading contributor to climate change, especially when animals are involved. (Cows belch methane, a potent greenhouse gas.) Milk substitutes made from soybeans, cashews, almonds, hazelnuts, hemp, rice and oats have proliferated in response to soaring demand.

“We have a bold vision for a food system that’s better for people and the planet,” Oatly declared in its prospectus for the offering. The company’s shares are expected to start trading in New York on Thursday.

To justify its frothy valuation, Oatly has to convince investors that it can dominate a market in which there is already a lot of competition and in which big food conglomerates are just beginning to deploy their formidable resources. Nestlé, the world’s biggest producer of packaged food, unveiled its own milk alternative this month, made from peas.

Oatly cultivates an upstart image with packaging art and a logo – Oatly! – that looks hand-drawn. It advertises that it is “like milk but made for humans.” But the company is more than 25 years old and is backed by some serious money.

The majority shareholder is a partnership between an entity owned by the Chinese government and Verlinvest, a Belgian firm that invests some of the wealth of the families that control the Anheuser-Busch InBev beer empire. Blackstone, the giant private equity firm, owns a little less than 8 per cent in Oatly.

The interest of heavyweight investors is confirmation that vegan food has gone mainstream, but it could also make it harder for Oatly to maintain its anti-establishment image. The company faced a backlash from some fans after Blackstone led a US$200-million investment in Oatly last year. Stephen A. Schwarzman, Blackstone’s CEO, was a steadfast supporter of former president Donald Trump, who has maintained that climate change is a hoax.

Oatly said it hoped Blackstone’s investment would inspire other private equity firms “to steer their collective worth of $4 trillion into green investments.” Blackstone’s backing also helped lend Oatly credibility on Wall Street. And there was no sign that Blackstone’s involvement slowed Oatly sales, which doubled last year.

Oatly’s image benefited from a roster of celebrity investors, including Oprah Winfrey, Natalie Portman, Jay-Z’s Roc Nation and Howard Schultz, the former CEO of Starbucks. All have some connection to the plant-based or healthy living movement.

Oat milk is part of a larger trend toward food that mimics animal products. So-called food tech companies such as Beyond Meat have raised a little more than US$18-billion in venture funding, according to PitchBook, which tracks the industry. Plant-based dairy, which in the United States includes brands such as Ripple (made from peas) and Moalla (bananas), raised US$640-million last year, more than double the amount raised a year earlier.

Once a niche market, alternate milk has become as American as baseball. A frozen version of Oatly that mimics soft serve ice cream is being sold this season at Yankee Stadium, Wrigley Field in Chicago and Globe Life Field in Arlington, Tex., where the Rangers play.

Although Oatly sales soared last year to US$420-million from US$204-million in 2019, the company reported a loss of US$60-million as it invested in new factories, marketing and new products. Oatly also sells its milk drink in chocolate and other flavors as well as dairy-free substitutes for yogurt, ice cream, cream cheese and even crème fraîche.

Oatly was founded in 1994 by Rickard Oste, a professor of food chemistry and nutrition in Sweden, and his brother Bjorn Oste. Working in Malmo, Sweden, they developed a way of processing a slurry of oats and water with enzymes to produce natural sweetness and a milk-like taste and consistency.

The company’s growth went into overdrive after Verlinvest bought a majority stake in 2016 through a joint venture with China Resources, a state-owned conglomerate with vast holdings in cement, power generation, coal mining, beer, retailing and many other industries. The new financing helped Oatly to expand in Europe and begin exporting to the United States and China, where many people cannot tolerate cow’s milk. China Resources’ involvement undoubtedly helped open doors in the Chinese market. Asia, primarily China, accounted for 18 per cent of sales in the first quarter of 2021, and is growing at a rate of 450 per cent a year, according to Oatly.

In Europe, there is growing alarm about Chinese investment in strategic industries such as autos, batteries and robotics. The European Commission has begun erecting regulatory barriers to companies with financial links to the Chinese government. But so far no one has expressed fear that China will dominate the world’s supply of oat milk.

Just in case, Oatly’s prospectus gives it the option of listing in Hong Kong if the foreign ownership becomes a problem in the United States.

The potential of the market for dairy alternatives is not lost on big food producers. Oatly acknowledged in its offering documents that it faces fierce competition, including from “multinational corporations with substantially greater resources and operations than us.”

That would include British consumer-goods maker Unilever, which said last year that it aims to generate revenue of €1-billion ($1.5-billion) by 2027 from plant-based substitutes for meat and dairy, for example Hellmann’s vegan mayonnaise or Ben & Jerry’s dairy-free ice cream. Unilever has not announced plans for a milk substitute.

Some industry analysts argue that Oatly’s size gives it an edge over these giants, allowing it to be more innovative than a corporate behemoth. Food startups are “younger and faster,” said Patrick Mueller-Sarmiento, head of the consumer goods and retail practice at Roland Berger, a German consulting firm.

The established food giants also have a tougher time than newcomers convincing consumers that they are sincere about saving the planet, an important part of the oat-milk sales pitch.

Mr. Mueller-Sarmiento, the former CEO of Real, a German chain of big-box stores, said meat and dairy alternatives are not having trouble competing with Big Food for precious retail shelf space. “Retailers are urgently looking for new products,” he said.

Time was when Nestlé or Unilever would have simply acquired Oatly, just as they have gobbled up hundreds of other brands. But they would have trouble justifying the audacious US$10-billion price that Oatly has set as the benchmark for its stock offering.

Nestlé's answer was to develop its own milk substitute, Wunda, which the company unveiled this month and plans to sell initially in France, Portugal and the Netherlands. Made from a variety of yellow peas, Wunda is higher in protein than oat milk. Some nutritionists have said that oat milk and other dairy alternatives are a poor substitute for cow’s milk because they do not have nearly as much protein.

Stefan Palzer, the chief technology officer at Nestlé, took issue with those who say a big company cannot move as fast as a bunch of Swedish foodies. A young team at Nestlé developed Wunda in nine months, including three months of market testing in Britain, Mr. Palzer said.

Nestlé was able to adapt existing production facilities to make Wunda, rather than building new factories like Oatly must do. The company already had plant scientists who could identify the best kind of pea and food safety experts who could navigate the regulatory approval process, Mr. Palzer said.

The Wunda developers “could have any expert they wanted to have on the project,” Mr. Palzer said. “That enabled them to move at this speed.”

Nestlé already has dairy-free versions of Nesquik drinks and Häagen-Dazs ice cream and sells coffee creamers made from a blend of oat and almond milk using the Starbucks brand. The company is in a major push to develop substitutes for almost any kind of animal product. The next frontier: fish. Nestlé has begun selling a tuna substitute called Vuna and is working on scallops. 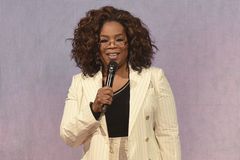 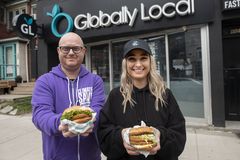 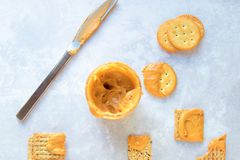