A humorous look at the companies that caught our eye, for better or worse, this week.

Side effects of smoking marijuana: paranoia, anxiety, impaired memory. Side effects of investing in marijuana: financial losses, irritability, insomnia. Shares of Aphria have plunged about 45 per cent this year, hammered by a sector-wide selloff, concerns about the company’s lofty valuation and, most recently, by revelations that seven Aphria insiders held shares in Nuuvera - a newly listed TSX Venture company that Aphria recently bought for the low, low price of $425-million.

With all the grim news swirling around Tesla - another fatal crash linked to the company’s Autopilot system, a credit downgrade, mounting liquidity concerns - you’d think the stock would be going in reverse. Nope. The shares accelerated this week, propelled by Tesla’s announcement that it won’t need to raise more capital this year even as it scrambles to ramp up production of its Model 3 sedans. Of course, it said the same thing in 2016 - before raising several billion dollars. Fool me once ...

Business quiz! Which of the following statements was NOT included in a recent opinion survey of Aeroplan members? a) “Overall, there is too much immigration. It threatens the purity of the country”; b) “Getting married and having children is the only real way of having a family”; c) “Investing in Aimia, the owner of Aeroplan, has been a disaster ever since Air Canada announced last year that it won’t renew its partnership with the loyalty program in June, 2020.” Answer: c.

“I just want to say one word to you, just one word. Are you listening? … plastics.” Apparently, someone at Transcontinental watched The Graduate, because the company is staking its future on plastics. In its latest move to diversify, the printer and publisher agreed to pay US$1.32-billion for Coveris Americas, which makes plastic bags, films and flexible packaging for foods and other products. Judging by the stock’s gains, investors are listening alright.

First, the good news: Shares of Corus Entertainment surged after the TV and radio broadcaster and content creator posted second-quarter results that topped expectations. Now, the bad news: The outsized dividend, which currently yields about 15 per cent, is under review. Corus said it will “address the details of our post fiscal 2018 dividend when we report our Q3 results in June.” National Bank Financial analyst Adam Shine was more direct: “We anticipate a material cut to the dividend.” 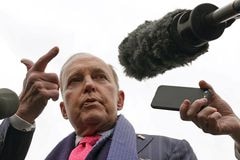 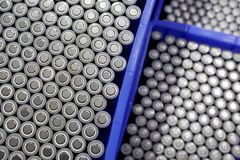