Investors are increasingly preparing for the risk of a contested U.S. presidential election come the fall, worried that an ugly political situation will create volatility across markets.

A key risk is that Republican President Donald Trump is already questioning the legitimacy of the election, analysts said. His Democratic challenger, former Vice President Joe Biden, currently has a 9 percentage point advantage among likely voters and a significant advantage among voters who are undecided, according to a Reuters/Ipsos opinion poll.

“It is going to get ugly,” said Nick Maroutsos, head of global bonds at Janus Henderson Investors. “I would expect a lot of volatility ... but it will be very short-lived, you are talking about a two-week span.”

Trump escalated fears of a contested election in a tweet Thursday morning and suggested the election be delayed until people can “properly, securely and safely vote.”

Trump said he would not trust the results of an election that included widespread mail voting - yet he called absentee voting “good,” although it is largely conducted by mail. One in five voters currently vote by mail in presidential elections, and that number is expected to at least double in November.

The tweet caused a knee-jerk sell-off in equities, which reversed during the day’s trading. Derivatives markets were pricing in the risk of higher volatility after the election.

Trump has no direct authority to change the date of federal elections - Congress has that power - so the concern for investors is of a contested election rather than the actual election being postponed.

An election without a clear winner the following day would likely weigh on the benchmark S&P 500, which is up nearly 45% since its March lows and hovering near record highs. The S&P 500 fell 1.8% the morning after the disputed Nov. 7, 2000 election between Democrat Al Gore and Republican George W. Bush, and fell 5% by the end of the week, according to data from Capital Economics.

A contested election due to mail-in ballots would likely be more extensive than the hanging chad issue in Florida in 2000, said David Kotok, chief investment officer at Cumberland Advisors, referring to the confusion over voter intention due to a ballot in Florida that led then-Vice President Gore to challenge the election outcome and call for a recount. The U.S. Supreme Court eventually ruled that Florida did not have to do a statewide recount, ensuring the election of then-Texas Governor Bush.

“My guess is that markets would sell off and maybe sharply with that outcome,” Kotok said.

Among the biggest trades in options on the Cboe Volatility Index on Thursday was a call spread for December options at strike prices of 35 and 70, seemingly a hedge against a spike in the fear gauge.

“We don’t typically see call spreads out that far, and (the election’s) the most likely thing to target,” said Christopher Murphy, co-head of derivatives strategy at Susquehanna Financial Group.

Over the past 10 days, the back end of the VIX futures curve has had greater movement than the front end. That’s unusual, Murphy said, and it too could point to concern regarding the aftermath of the election or worries over a winter resurgence of the coronavirus.

Also, since the beginning of the week, skew has risen on the S&P 500, indicating greater demand for downside protection, Amy Wu Silverman, equity derivatives strategist at RBC Capital Markets has noted. Investors have rolled out their hedges to the end of the year in part because of concerns about the election process, she said.

Still, any impact may be fleeting.

“We are not going to change our portfolio composition drastically to cover what we believe to be a high volatility period for 2-3 weeks,” Maroutsos said. 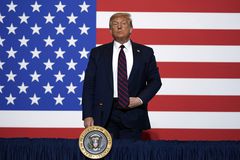 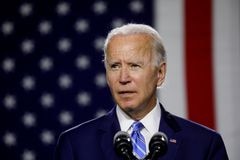 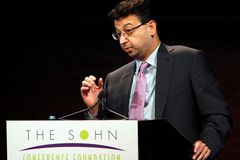