CFA, editor and publisher of the Global Investment Letter

Headlines attest to the deteriorating global geopolitical environment. The United States has adopted a protectionist trading policy, Brexit is symptomatic of a host of problems facing the European Union, the North Korea nuclear issue remains unresolved, and the United States and China are engaged in a contest for global influence in the 21st century. These are but a sample of the macro issues that will challenge investors in coming years. However, turbulent times also produce opportunities. The defence sector is one such opportunity as it is well positioned to benefit from two converging influences.

The anxiety and uncertainty produced by the current geopolitical climate have raised the risk of military conflict. The United States’ virtual withdrawal from global leadership has produced a multipolar global order that has increased the number of potential theatres of conflict. China and the United States regularly engage in sabre-rattling in the South China Sea. Iran and Saudi Arabia vie for influence in the Middle East. Moreover, the Trump administration’s stated reservations about the European Union and the North Atlantic Treaty Organization suggest a weakened Western coalition to adversaries. It would not be surprising if Russia was emboldened to test the resolve of the NATO alliance. The United States may eventually tire of the lack of progress with North Korean denuclearization and resort to military intervention. These are the major, though by no means only, areas of concern.

These geopolitical issues are driving military spending higher. The Trump administration authorized the biggest defence budget in American history, worth some US$700-billion, in May. The United States accounts for more than a third of world spending on military equipment. China has also been aggressive in building its military capability and is now the second-largest purchaser of weapons systems. Saudi Arabia has become a major buyer of military equipment as well and is now in third place globally. Increased defence spending is really a widespread phenomenon. For example, NATO increased its defence expenditures in 2016 for the first time since 2009 and raised spending again in 2017. This trend in global defence spending is expected to continue for the foreseeable future.

Technology will be the second driver of defence spending in the years ahead. The rapid pace of technological advance in the 21st century puts unprecedented pressure on all armed forces to both update existing assets and purchase newly developed products to remain combat-effective. Artificial intelligence is a major focus of defence contractors in developing a new generation of smart and/or autonomous weapons systems. In fact, products incorporating artificial intelligence promise to largely replace current weapons systems in coming years. China and Russia are the current leaders in the development of hypersonic weapons. Hypersonic weapons are missiles that travel more than five times the speed of sound and to which there is currently no effective response. Billions of dollars have and will be spent on the development and deployment of hypersonic weapons and countermeasures against them in the coming years.

Two conclusions can be drawn for investment in the defence sector. First, given the undisputed impetus to ever greater use of technology in weapons systems, companies that produce products that incorporate the most sophisticated technology, such as aircraft or missile systems, should be preferred. Candidates for consideration are U.S.-based companies such as Lockheed Martin Corp. (ticker symbol LMT), Boeing Co. (BA), Raytheon Co. (RTN), L3 Technologies Inc. (LLL) and General Dynamics Corp. (GD) among others. An alternative to purchasing individual stocks is the iShares U.S. Aerospace & Defense ETF (ITA), which provides broad corporate diversification.

The second investment conclusion is that, because of fracturing political unity in the West, it may be desirable to diversify holdings in the defence sector geographically. Weakening alliances may prompt shifts in buying patterns. European defence contractors that merit interest includes BAE Systems PLC (Britain), Rolls-Royce Holdings PLC (Britain), Airbus SE (France), and Thales Group (France).

Over the past two years, defence stocks, first recommended in the February, 2017, issue of the Global Investment Letter (using the ITA ETF as an industry proxy), have gained about 22 per cent compared with an 11.6-per-cent advance for the S&P 500.

The average trailing price-to-earnings ratio of the stocks mentioned above is 17.8, slightly below the P/E of 19.1 for the S&P 500, while offering substantially better prospects for earnings growth.

The greatest risk to investment in defence contractors would be a lessening of global tensions and a move toward peaceful co-operation, the prospect of which is, unfortunately, quite dim. 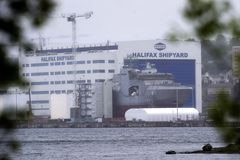 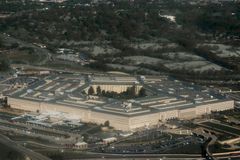