Buying great companies that have dropped in price is a proven investment strategy. As long as the business is sound, picking up shares at a discount makes a lot of sense.

But there’s another strategy that has also produced solid results: Buying stocks with strong price momentum. The idea – supported by academic research – is that stocks that have performed well in the past will, more often than not, continue to do well in the future.

One explanation is that surging stocks tend to attract more buyers, who push the share price even higher. Another is that stocks with strong price momentum often (but not always) have fast-growing sales and earnings, and these fundamentals justify a rising share price.

Today, we’ll look at three dividend-paying stocks that have momentum on their side. Their yields vary widely, but all three are on the buy lists of many analysts, who see further gains ahead. That doesn’t guarantee these stocks will be winners, of course, so be sure to do your own due diligence before investing.

Even as other power and utility stocks have struggled, shares of Capital Power have surged about 16 per cent over the past six months, or about 20 per cent including dividends. Underscoring management’s confidence, the company hiked its dividend by 7 per cent in July – the fifth annual increase for the Edmonton-based power producer. Rebounding power prices in Alberta, the addition of contracted generating assets in Canada and the United States, and growing demand for electricity have all contributed to higher earnings at the company, which has a strong pipeline of renewable and other projects in development. The shares got another boost this month from Capital Power’s US$300-million acquisition of the contracted 580-megawatt Arlington Valley natural gas-powered generation facility near Phoenix – a deal that supports the company’s plans to continue raising its dividend by 7 per cent annually through 2020. Even with the recent gains in the share price, Capital Power still trades at an “excessive” discount to the peer group, said Raymond James analyst David Quezada, who hiked his price target to $31 from $30 and reiterated his “outperform” rating after the Arlington Valley announcement on Sept. 6. The stock has nine buy ratings in total, three holds and no sells, and the average price target is $29.33, according to Thomson Reuters.

The only thing more thrilling than driving one of BRP’s all-terrain vehicles? Investing in its stock. Over the past 12 months, shares of BRP – short for Bombardier Recreational Products – have rocketed about 64 per cent, propelled by double-digit sales growth for its Can-Am off-road machines and Sea-Doo personal watercraft. With BRP releasing strong second-quarter results in August and hiking its full-year forecast, analysts say the business is firing on all cylinders. “BRP’s massive Q2 results affirm our view that this business has tremendous momentum across its entire platform,” wrote Mark Petrie of CIBC World Markets, who has an “outperformer” rating on the shares. The stock had a rare setback on Tuesday, tumbling on news that major shareholders Bain Capital and the Beaudier Group are selling 8.7 million subordinate voting shares. But the overhang of shares is a temporary factor and has no effect on the business itself. BRP’s small dividend, which was initiated in 2017 and raised earlier this year, isn’t going to make anyone rich, which means investors will have to hope that the share price momentum resumes. Including Mr. Petrie, there are six analysts with buy ratings, five with holds and no sells. The average 12-month price target is $74.10.

Parkland Fuel is a major supplier and marketer of petroleum products, which it sells through more than 1,800 company- or dealer-operated gas stations under the Esso, Ultramar, Pioneer, Chevron and other banners. The company, which also operates On the Run/Marché Express convenience stores and operates a commercial division that sells to industrial customers, has steadily increased its fuel volumes over the years through a combination of organic growth and acquisitions. That growth, along with Parkland’s habit of exceeding earnings expectations, has contributed to a 58-per-cent increase in the share price over the past 12 months and led to dividend hikes in each of the past six years. Parkland’s second-quarter results, released in August, were exceptionally strong and prompted the company to hike its 2018 guidance for the second time this year. David Newman of Desjardins Securities called the results “jaw-dropping” and boosted his 12-month price target to $46 from $38. Six analysts including Mr. Newman rate the shares a buy, with one hold and no sells. The average 12-month price target is $44.43.

To prep for Hurricane Florence, investors sell off insurers
September 11, 2018 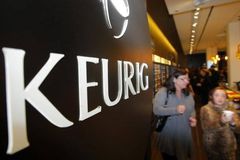 Ten years after Lehman, spotting the next crisis
September 11, 2018 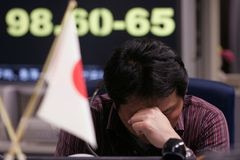