Looking for stocks with attractive dividend yields and the ability to raise their payouts?

Consider putting utilities and power producers on your shopping list.

After a rough 2018 when the S&P/TSX Capped Utilities Index posted a total return of negative 7.7 per cent (including dividends), the sector has staged a strong rebound in 2019 as fears of rising interest rates – a key headwind for power and utilities stocks – have abated.

For the year through March 31, the utilities index – which also includes independent power producers – posted a total return of 16.1 per cent. With government bond yields down sharply and central banks expected to hold rates steady for the rest of the year, or possibly cut them if the economy continues to sputter, analysts say the sector could see further gains.

“Interest rates remain relatively low from a historical perspective, and if they remain stable at the current level, we believe this would support low financing costs on large-scale, capital-intensive investments,” analyst Jeremy Rosenfield of Industrial Alliance Securities said in a recent note.

“Low, stable rates would be a stimulus for sector growth, and could also be positive for funds flow into the sector, driving stronger stock performance, and valuation multiple expansion.”

The flip-side of that argument is that, if interest rates turn higher again, the sector will likely suffer – at least in the short run. But if you focus on high-quality companies with increasing earnings and dividends, this should help to mitigate the damage from higher rates. As always, it’s important to focus on the long run and to accept that periods of underperformance are a normal part of investing and – as we have seen recently with utilities – are often followed by sunnier skies.

Today, we’ll look at three power and utility stocks that offer a nice combination of safety and growth. Remember to do your own due diligence before investing in any security.

Algonquin is a perennial favourite of analysts, thanks to its solid earnings and dividend growth, diversified asset base that includes utilities (natural gas, electric and water) and contracted power generation facilities (wind, solar, hydro and thermal) and a proven ability to integrate acquisitions. In a recent note, analyst Bill Cabel of Desjardins Securities called Algonquin one of his “preferred names," citing the company’s US$7.5-billion capital program over the next five years that should enable the company to “easily achieve” its annual earnings growth target of 9 per cent to 13 per cent and continue to hike its dividend at an annual rate of 10 per cent. “We have high conviction that [Algonquin] will deliver on growth through continued power development project commissionings, investments in the utilities segment and, likely, acquisitions on either the power or utilities side of the business,” said Mr. Cabel, who expects the next dividend hike to come with Algonquin’s first-quarter results in May. (Note: Algonquin declares dividends in U.S. dollars).

Renewable power producer Boralex operates wind (89 per cent of generating capacity), hydro (8 per cent), thermal (2 per cent) and solar (1 per cent) facilities, with most of its operations in Canada and France and a smaller presence in the United States. About 98 per cent of Boralex’s power is sold under long-term contracts, with an average length of 13 years, which makes for relatively stable and predictable cash flows. Boralex’s shares were hurt last year by below-average wind speeds in France, but even as wind resources in that country have recovered toward long-term averages, the stock is still well below levels of a year ago. Citing Boralex’s “strong expected growth, discounted valuation and what we consider to be an over-reaction to transient weather-related underperformance at the company’s French wind farms,” analyst David Quezada of Raymond James recently reiterated a “strong buy” rating on the shares. Boralex has also been hiking its dividend in recent years, including two increases totalling 10 per cent in 2018.

It’s hard to find a more conservative stock than Fortis, which operates 10 regulated gas and electric utilities serving 3.3 million customers in Canada, the United States and the Caribbean. RBC Dominion Securities analyst Robert Kwan calls Fortis “the ‘go to’ large-cap Canadian utility stock for investors seeking a defensive investment." In a recent note, he cited the company’s five-year capital spending program of $17.3-billion, projected dividend growth of 6 per cent annually through 2023 and Fortis’s ability to fund its growth plan without issuing common equity (beyond its dividend reinvestment and employee stock and option plans). Fortis’s shares have been on a roll, posting a total return of about 21 per cent over the past six months. But with falling interest rates boosting utility valuations, Mr. Kwan says the stock has more room to run; he recently hiked his 12-month price target to $53 (from $50), which equates to a forward price-to-earnings multiple of 19 times 2020 estimates – toward the higher end of Fortis’s 10-year P/E range of 15 to 21. 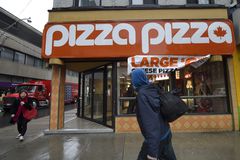 Why I’m rrrolling more of my dividends into this stock Subscriber content
March 5, 2019 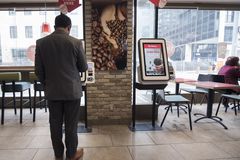 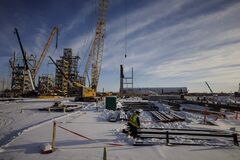