President Donald Trump is wading into the battle against short-termism, but he’s again aiming a bazooka at a nuanced problem.

Out of nowhere on Friday, Trump tweeted that he had asked the Securities and Exchange Commission to study a switch to semi-annual earnings reports after “some of the world’s top business leaders” complained about the current quarterly requirements. I have a hard time believing this is business leaders’ primary bone to pick with Trump, as opposed to his trade wars or alarming comments about interest rates and the U.S. dollar. Trump also has a habit of using impossible-to-prove anecdotes about unnamed powerful men to support his agenda — although in this case, he said outgoing PepsiCo Inc. CEO Indra Nooyi planted the seed.

In speaking with some of the world’s top business leaders I asked what it is that would make business (jobs) even better in the U.S. “Stop quarterly reporting & go to a six month system,” said one. That would allow greater flexibility & save money. I have asked the SEC to study!

But it’s out there, and Trump’s exploration of ways to crack down on short-term thinking echoes the sentiment of proposals advanced by JPMorgan Chase & Co. CEO Jamie Dimon and Berkshire Hathaway Inc.’s Warren Buffett. So let’s explore this with a real-life example in Deere & Co., which reported fiscal third quarter results just hours before Trump’s tweet.

Deere’s numbers were a mixed bag, with the company falling short of analysts’ profit expectations as rising raw-material and freight costs blunted the benefit of booming sales. Deere shares fell as much as 6.8 per cent in pre-market trading, before rebounding to trade up more than 2 per cent as executives held a conference call to discuss the results.

Deere says it’s working to offset the rising expenses with cost cuts elsewhere and increased prices. In that light, you could argue the profit pressures from the fiscal third quarter will have worked themselves out over the next three months and that a six-month snapshot would offer a clearer picture of underlying business conditions. But investors are capable of going beyond a straight read of earnings numbers and generally willing to listen to good explanations. That is why we have conference calls. The U-turn in Deere’s stock price as management struck an optimistic tone about its ability to navigate difficult market conditions is a direct counterpoint to the idea that investors are captive to quarterly fluctuations.

Even if investors were calmed by the bigger picture, that doesn’t mean the quarterly numbers don’t matter. They are pieces in a larger mosaic of the companies themselves and the economy writ large. Deere’s enthusiasm for the future stems in part from farmers’ interest in investing in new digitally enhanced equipment and its belief that strength in crops like corn, wheat and cotton will offset weakness in soybeans. But the trade war back-and-forth means this isn’t a normal inflationary environment and the company’s ability to continue to pass on price increases remains a question mark.

In that context, it’s notable that costs crept up more than anticipated and that Deere didn’t raise its current-year outlook as some analysts had expected. How Deere gets from point A to point B is important. Yes, this is messy and involves an appreciation of context, but it’s also instructional.

To step back from Deere, I refuse to see corporations as a victim here. Let’s not forget that it was CEOs like General Electric Co.’s Jack Welch and famed cost-cutters like General Motors Co.’s Jose Ignacio Lopez de Arriortua that either started or at least heavily fueled this rat race for ever-higher profit. The game is already heavily rigged in companies’ favor: Wall Street’s willingness to judge companies based on self-designed adjusted figures gives them plenty of wiggle room if they choose to use it. I’ll also point out that European companies operate on a semi-annual reporting system and that doesn’t seem to have saved them from pressure to make job cuts, do big share buybacks or pursue shake-ups at the behest of activist investors.

It’s usually those companies that have bigger challenges that get felled by arbitrary goal posts and the most problematic are often those of leaders’ own making, such as GE CEO Jeff Immelt’s much-maligned EPS goals or Tesla Inc. CEO Elon Musk’s monthly production goals for the Model 3. I’m sure there are levers Deere could have pulled to meet analysts’ expectations this quarter, whether that’s cutting back on R&D spending or milking more money out of its financing arm. It didn’t do so and it didn’t need to because it has a strong enough narrative that investors are willing to look past one quarterly miss.

A familiar line from Shakespeare comes to mind for companies that complain about quarterly earnings: Thou doth protest too much. 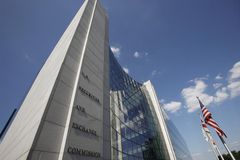