Investors at some of the largest U.S. asset managers are holding fast to the view that bond yields will move higher in the second half of this year, despite the recent slide in Treasury yields, which they see as a temporary move.

An unwind of short bets against Treasury debt as well as growing concerns about the recovery of the U.S labour market and the spread of the Delta variant of the coronavirus has pushed down longer-dated U.S. government bond yields. The benchmark 10-year yield hit 1.296 per cent on Wednesday and the 30-year yield fell to 1.918 per cent, the lowest since February for both.

But big U.S. bond managers including BlackRock, PIMCO, DoubleLine and TCW still expect the reopening economy to drive growth and inflation, even if at a slower pace in the second half of this year, and send yields higher again. They see the broader move lower in yields since mid-May, and the accelerated move on Tuesday and Wednesday, as largely the result of investors’ unwinding an overblown bet earlier in the year on higher rates.

“The view for a while there in February and March seemed very clear,” said Gregory Whiteley, U.S. government securities portfolio manager at DoubleLine. “Everyone was getting on board, everyone was getting short, every strategist you heard from was calling for higher rates by the end of the year.

“And it does seem like it got a bit ahead of itself,” he said. “Everyone was on one side of the boat, everyone had the same outlook, and then the doubts started to creep in.”

But Whiteley said bond yields have “gone too far to the downside now, so we’ve overshot in the other direction.”

Some traders said the move this week was due to an unwind of bets by hedge funds. A weekly survey of JPMorgan clients on July 6 showed that net bearish bets against Treasuries fell to their lowest level since April.

“The recent rally hasn’t changed our fundamental outlook. This move for us looks more technical,” said Bret Barker, Treasury portfolio manager at TCW, who sees the 10-year yield at 1.6 per cent-2 per cent by the end of the year.

A June Reuters poll showed that fixed income strategists expected the 10-year yield to rise to 2.0 per cent by June 2022.

The so-called reflation trade – bets on skyrocketing inflation and growth – drove yields up to pre-pandemic levels in March. But longer-dated yields have fallen as inflation expectations have dropped.

Jobs data for April, May and June that showed a mixed picture of the U.S. labour market recovery has also dampened some growth expectations. Data on Tuesday showed U.S. service sector activity grew at a moderate pace in June.

“Right now the reflation trade is not dead, but it’s certainly hibernating,” said Michael Sewell, portfolio manager at T. Rowe Price, who sees yields rising, though he believes the 10-year peaked for 2021 in March at 1.776 per cent.

Erin Browne, portfolio manager for multi-asset strategies at bond giant PIMCO, pointed to a “pretty significant flattening” of the yield curve in recent months, driven by inflation break-even rates that have fallen since hitting multiyear highs in mid-May.

The spread between two– and 10-year yields – the most common measure of the yield curve – has narrowed by more than 50 basis points since hitting a six-year peak in March.

“All of that is telling you that the market is reaching this peak growth, peak inflation inflection point. And that really accelerated yesterday and today,” said Browne.

The move this week has driven yields below fair value, said Browne, who expects to see the 10-year yield at 1.5 per cent-2 per cent in the second half of 2021.

Asset managers have been looking for ways to take advantage of the moves. BlackRock in its mid-year investment outlook presented Wednesday said it views current bond market valuations as “very full” and has turned more bearish on U.S. Treasuries.

“We’ve used that opportunity of falling yields to establish a shorter or a more underweight duration position,” said Scott Thiel, chief fixed income strategist at BlackRock, during the presentation. 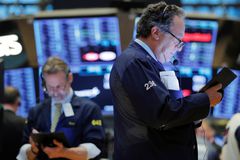 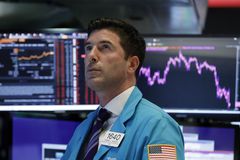