Several major U.S. drugmakers will report second-quarter results this week, with investors eager for fresh details from Pfizer Inc, Merck & Co and others on their efforts to develop vaccines and therapies against the novel coronavirus.

The earnings reports, including from Gilead Sciences Inc - maker of one of the only treatments that has shown a benefit for hospitalized COVID-19 patients - will be closely watched for any developments that could help contain the pandemic, which has claimed some 650,000 lives worldwide and upended economies.

The supply, pricing and profitability for these potential products also will be hot topics for companies reporting this week, including Eli Lilly and Co, which is developing an antibody treatment for the still rapidly-spreading disease.

Earnings reports are also due from British drugmakers GlaxoSmithKline Plc and AstraZeneca Plc and France’s Sanofi, which are working on vaccines in various stages of development.

Wall Street also will be looking for any signs of weakness in the companies’ big-selling products as the virus runs rampant in many U.S. states, which may stop patients with other conditions from going to hospitals or doctors due to infection fears, as was seen earlier in the U.S. outbreak.

While shares of small vaccine developers have skyrocketed this year over optimism that their success could help end the pandemic, the picture has been more mixed for large U.S. drugmakers. The S&P 500 pharmaceuticals industry index is down about 1% so far this year, against little change for the overall benchmark S&P 500.

Globally, drugmakers are expected to increase second-quarter earnings per share by 2%, after they rose 17% in the first quarter, according to Cowen & Co.

“We are expecting a fairly solid set of results with most core products either not impacted by COVID-19 or recovering faster than expected,” JP Morgan analysts said in note.

Pfizer, which has released early data on its vaccine candidate being developed with German biotech BioNTech SE , will kick off the week of drugmaker earnings on Tuesday morning.

Investors will be looking for more details on the timing of the vaccine’s development after the U.S. government agreed last week to pay nearly $2 billion to buy enough of it to inoculate 50 million people if it proves to be safe and effective.

Gilead’s antiviral treatment, remdesivir, has become a key weapon for many countries after the intravenously administered medicine helped shorten hospital recovery times in a U.S. trial.

But the drug’s supply has been an issue with cases spiking in much of the United States and elsewhere. Some other countries have voiced concerns over its availability after the U.S. government said in June it had secured nearly all supplies over the next three months.

“We expect they will sell as much as they can make for the next 6-plus months and it will be needed in 2021 as well,” Jefferies analyst Michael Yee said in a note ahead of Gilead’s results on Thursday.

With Merck’s experimental COVID-19 vaccine trailing others in development, its top-selling cancer drug Keytruda will be under scrutiny when the drugmaker reports results on Friday. Brokerages expect the blockbuster immunotherapy to recover after disappointing first-quarter sales. 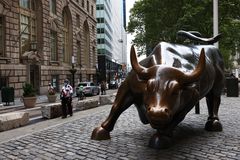 Action and reaction: World market themes for the week ahead
July 27, 2020 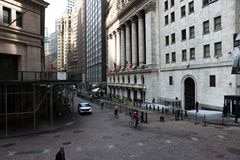 Top Canadian biotech investor on the firms most likely to turn COVID-19 drug trials into treatments and when a vaccine may arrive
Subscriber content
July 4, 2020 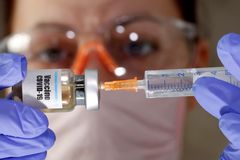