There’s usually a tension across financial markets: If risky investments such as stocks or junk bonds are doing well, super safe assets such as government securities might be terrible investments. Wall Street’s titans and armchair investors alike expend tremendous amounts of time and sweat trying to predict what will be in and what will be out, hoping to beat everyone else with a cleverly constructed portfolio.

This year, however, a simpler strategy would have worked: Buy almost anything.

The S&P 500 index was up 28.5 per cent, through Monday, its best performance since 2013 and one of the best in decades. Broad indexes of the U.S. bond markets are up nearly 9 per cent. Gold jumped 18.5 per cent and silver nearly 16 per cent, and other commodities were also up. (Futures prices for hogs, in case that had been your pick, gained about 18 per cent.)

It was a remarkable across-the-board rally of a scale not seen in nearly a decade. The cause? Mostly a head-spinning reversal by the Federal Reserve, which went from planning to raise interest rates to cutting them and pumping fresh money into the financial markets.

Analysts at Ned Davis Research tracked eight types of investments – large and small domestic stocks, developed and emerging market stocks, Treasuries, corporate bonds, commodities and real estate – going back to 1972. In 2019, all eight generated profits and – for the first time since 2010 – each rose 5 per cent or more.

In fact, the gains were much better than that, with a median gain of 21 per cent for the eight asset classes.

Those gains can have a knock-on effect on the economy outside Wall Street, creating a feedback loop that helps encourage more buying.

The rally in bond prices, which move in the opposite direction from yields, has helped keep borrowing costs low for companies, municipalities and the federal government. And the stock market’s surge is supporting spending by consumers, who are the main driver of growth in the U.S. economy.

Not everyone benefits when markets rise like this. Some investors bet on certain markets to fall, either because they think they’re due for a drop or because they expect that the traditional relationships among different assets – where some go up so others go down – will help them hedge their portfolios.

(And we should note that not absolutely everything rose in 2019: Natural gas was a losing bet. So was cobalt. And even a rising stock market contains more than a few sinking ships. Macy’s, for instance, dropped more than 40 per cent in 2019.)

There’s little reason to assume that these kinds of uniform gains will continue. Usually, different investments are driven by different kinds of dynamics: Stock prices, for example, have climbed at a faster clip than expectations for profit growth. That means the market is looking more and more overvalued. If corporate profits don’t catch up, stocks could stumble.

And while bond markets have soared, increasing loads of corporate debt could prompt investors to sell if they think these companies are taking on too much risk.

One factor behind the rise in bond prices in 2019 was a growing worry about the impact of the trade war. Even though the trade war isn’t over, Washington and Beijing have reduced the tension between them, and the economy isn’t faring as poorly as people had feared. (Good for stocks but bad for bonds.)

But for now, concerns about such market fundamentals seem set squarely on the back burner, after the Fed reinvigorated risk-taking in the markets by cutting interest rates three times out of concern that the trade war and a global growth slowdown would drag the U.S. economy lower.

The cuts were an about face for the Fed, which in 2018 raised interest rates four times and unnerved financial markets along the way.

In fact, instead of the rise in asset prices that investors enjoyed in 2019, the previous year was marked by a uniform decline, reflecting worries that higher interest rates and the trade war would tip the economy into a recession.

The central bank also started to buy securities again in 2019, pumping about US$60-billion into the financial markets every month. While the most recent round of purchases has been billed as a technical fix – instead of one meant to bolster the economy – bond-buying programs put in place after the financial crisis were widely credited for driving markets up sharply.

For much of the past decade, similar moves by the Fed aimed at shoring up economic growth helped supercharge returns in financial markets. Most close observers think this is precisely what happened in 2019.

“When people look back on this year, they’ll say the Fed did this,” said Evan Brown, head of multiasset strategy at UBS Asset Management. 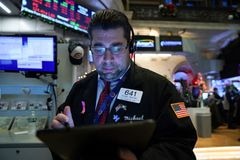