Washington’s latest accusation that China is dumping wooden cabinets and vanities on U.S. shores sums up the mood between the two warring sides as they head into another round of high-level discussions.

The talks in Washington on Oct. 10-11 will be led from the Chinese side by President Xi Jinping’s top economic adviser, Vice-Premier Liu He. Investors’ expectations are low, given U.S. President Donald Trump’s penchant for impulsive forays in the nearly two years of on-again, off-again negotiations.

His latest manoeuvre, which came just before China went on a week-long break to celebrate the 70th anniversary of the founding of the Communist Party, was a threat to delist Chinese companies from U.S. stock exchanges. Beijing has said this would be a radical escalation of trade tensions.

Meanwhile, coming Chinese data should show the monetary pumps are working hard at softening the economic blow from the trade war. Credit growth and money supply have been rising, despite authorities’ repeated insistence they won’t throw too much money at the problem.

A week of ugly U.S. manufacturing and services sector reports and the growing clamour to impeach Mr. Trump have done little to boost confidence for a market now pricing in an increased risk of recession. The Washington circus may remain a sideshow, however, given the long odds that a Republican-controlled Senate would agree to remove Mr. Trump from office.

Instead, there’s greater focus on the economic impact of Mr. Trump’s trade wars than the political fallout from his digging of foreign dirt on Joe Biden. Barring any political bombshells, markets can concentrate on Wednesday on the September Federal Open Market Committee minutes that will tell us what Fed officials said at their last meeting, on trade and the presidential browbeating of Fed chair Jerome Powell.

There will be plenty of opportunity to hear from Mr. Powell himself; he’s scheduled to speak on Tuesday and Wednesday. with other policy makers also out and about. On the data front, September consumer inflation is out on Thursday and University of Michigan consumer sentiment on Friday might contribute fresh pieces to the puzzle of stubbornly low inflation despite robust labour markets and economic activity.

DOES THAT RING A BELL?

Third-quarter earnings are around the corner. With Europe in a corporate recession and U.S. earnings also slowing, analysts are likely to be taking out their red pens to revise down sky-high forecasts for the fourth quarter and next year.

Global corporate earnings for 2020 are forecast to increase 10 per cent, a number that is expected to eventually come down as companies tackle an economic slowdown stemming from trade wars and the United Kingdom’s delayed exit from the European Union.

That evokes an uneasy sense of déjà vu from last October, when markets were riding high before the earnings season despite trade war and Brexit risks, but eventually started to fizzle out as companies sounded warning bells.

Recently, dire factory activity data and surprise declines in services activity have spoiled the stock market party and raised fears that the slowdown is spreading beyond industrials. Revenues at European companies are now expected to fall in the third quarter for the first time in six quarters.

It didn’t take long for officials in Brussels and Dublin to pan British Prime Minister Boris Johnson’s latest proposal for an agreement on the terms of the U.K.'s divorce from the European Union; his plans for customs on the Irish border have come in for the expected criticism.

So far sterling, struggling to make much sense of the latest political wrangling, has remained strangely calm – on Friday it was headed for its first weekly rise in three.

But as the clock ticks down on Britain’s EU departure date of Oct. 31, and a make-or-break Brexit summit on Oct. 17 and 18, the coming week may prove crucial if London and Brussels are to make any headway in renegotiating a withdrawal agreement. Technical talks are continuing.

Investors generally think that British lawmakers’ move to force Mr. Johnson to seek an extension should he fail to agree a deal by Oct. 19, will be enough to avert a no-deal Brexit at the end of this month. What happens next is far from clear. A general election, and the risk of a no-deal Brexit simply postponed, are real possibilities.

The outlook for the pound and for British stocks, which suffered their worst one-day fall last week since before the 2016 referendum, is just as confused.

World market themes for the week ahead
October 6, 2019 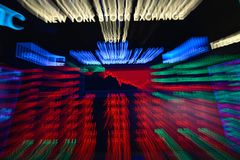 Fog in the Atlantic: World market themes for the week ahead
Subscriber content
September 27, 2019