Avoid overpaying for stocks. That’s the consistent message from the world’s most successful investors.

This rule applies under any market condition, including the current long-running bull market. December’s rout cleared out some room for bargain hunters until the rebound so far this year reclaimed the lost ground, but there still are ways to spot the good opportunities while eliminating some of the guesswork.

Warren Buffett’s technique is to buy well-priced stocks of quality companies. It is a slight twist on the view of Benjamin Graham, the father of value investing, who looked for stocks that were trading cheaply relative to others and the value of the underlying businesses.

Taken separately, the quality and value factors have demonstrated success over many decades. But it’s not as easy as it sounds. Both strategies require an investor to spend time evaluating financial statements and acquiring in-depth knowledge about industries. No wonder Mr. Buffett often says most investors would be better off putting their money in a low-cost index fund. Most people don’t spend the amount of time he does on fundamental analysis.

Some professional investors have found that combining factors can help identify opportunities with more precision. Joel Greenblatt, the investor, academic and author, developed what he calls a “magic formula” that combines Mr. Buffett’s quality with Mr. Graham’s value approach.

To achieve this, Mr. Greenblatt developed a quantitative model that ranks a universe of stocks by quality and cheapness and then sorts them and assigns each a composite score. The bigger the universe of stocks in the screen, the more diverse the outcome. But he found that large-cap stocks lower the volatility in the selected portfolio.

What he developed was an equally weighted portfolio of at least 20 stocks that are held for one year and then rebalanced for the same criteria. The screen excluded utilities and financials and foreign companies and those with market values of less than $50-million. The process is described in his book The Little Book That Beats the Market. The idea is less about magic and more about buying quality companies trading at discounted prices.

The approach is designed to eliminate as much human bias as possible, and to combine the quality and value factors in a systematic way. Mr. Greenblatt talked about this process during a 2017 visit to Google that was taped and now can be found on YouTube. Thinking long term, having a process that removes biases and emotions, understanding that good strategies often underperform over periods of time and having conviction in your approach are all lessons Mr. Greenblatt expands on in this talk and are things I strongly believe in as well.

On both Validea and Validea Canada, I run concentrated versions of Greenblatt’s Magic Formula stock selection model. The Magic Formula hasn’t been so magic recently, but that’s no surprise as value stocks have been laggards to more popular parts of the market. One of the points Mr. Greenblatt makes about the Magic Formula is that for it to work over time it needs to actually underperform over periods of time as well.

This may seem a bit counterintuitive, but it's not.

If a strategy worked all the time in all different market environments, investors would pile into it. Eventually, this would render the strategy ineffective because too many people would be following the same strategy. Concentrated value models, such as the one based on Mr. Greenblatt’s approach, look very different in the market and can deviate widely. As a result, relative underperformance can be significant and difficult for many investors to stomach. Many investors get shaken out. But that shake-out is part of the reason strategies such as this one have the potential to continue to work over the long term.

In the spirit of emulating Mr. Greenblatt’s stock selection strategy, here are six stocks (three U.S. and three Canadian) that score highly based on the Magic Formua on Validea.

Nexstar Media Group Inc. (NXST), a TV broadcasting and digital-media company, has a high return on capital and a reasonable valuation, which are the two criteria used in the Greenblatt model. The company’s strong earnings and revenue growth are additional positives for the shares.

EMCOR Group Inc. (EME) is a US$4-billion market-cap firm in the construction, building and industrial services arena. With a price-earnings ratio of 14.6 and an impressive return on capital, the stock is one of the top-scoring Magic Formula stocks in our system.

MEDNAX Inc. (MD) is a publicly traded physician network with more than 4,000 doctors in all 50 U.S. states. The shares are down significantly from their high, making the valuation attractive, but the firm’s high return on capital make this a top-scoring position.

In Canada, a few top-rated names include BMTC Group inc. (GBT), an operator of multiple retail outlets, Enerplus Corp. (ERF), an oil and gas producer, and Norbord Inc. (OSB), a maker of wood-based panels and the world’s largest producer of oriented strand board. All three stocks fall within the top 20 names using the Magic Formula on Validea Canada. 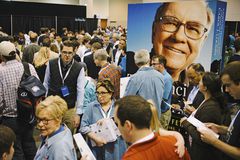 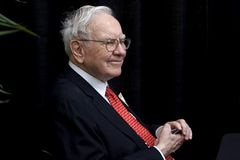 Three solid stocks that are well situated to thrive
November 15, 2018 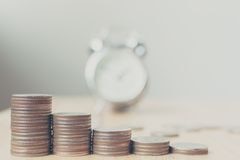