For many years, it didn’t matter that GameStop’s stores were a little grungy.

They were the place where millions of young people could trade in used games, debate the merits of different franchises and get advice from GameStop’s staff, often avid gamers themselves. In the 2000s, this winning formula propelled the company to open thousands of stores around the world and make money hand over fist. GameStop’s stock more than doubled in 2007 because investors believed the good times wouldn’t end.

But, as with so many retail stars, GameStop began to struggle a decade or so ago as gamers, like everybody else, made more of their purchases on the internet, opting for downloaded games or two-day delivery over a visit to the mall.

That history makes the recent frenzy in the shares of GameStop all the more strange. Although the company’s sales are declining and it is losing money, its stock, which closed at $325 Friday, was up over 1,600% in January alone, bid higher by a horde of online traders. It closed at $225 on Monday, down about 31% for the day.

A company worth $1.3 billion on the stock market on New Year’s Eve was worth about $21 billion at the end of last week, roughly the same as Kellogg’s, the cereal-maker, which, unlike GameStop, is solidly profitable.

This huge disconnect between GameStop’s stock price and how the company is actually doing has created one of the more bizarre moments in Wall Street’s more than 200-year history.

Most of the traders who have been piling into the stock are likely chasing easy profits, and probably do not care whether GameStop’s strained business could make a miraculous turnaround.

But the rally in the company’s stock invites important questions: What is this company actually worth — and does that even matter if enough investors are willing to pay more?

Seasoned financial analysts say it is the performance of GameStop’s business — whether it can sell enough games to pay its employees, make rent and cover the interest on its debt — that will determine where the stock ends up.

“Reasonable minds can disagree whether GameStop is worth $30 or zero,” said Michael Pachter, a stock analyst at Wedbush Securities who has followed GameStop for nearly two decades, “But not $200 to $300.”

If GameStop stock falls back to earth, as often happens when speculators move on, investors will have to go back to the sober work of figuring out what the company is really worth, an exercise that has bearing beyond Wall Street. The tens of thousands of people who work for GameStop will be eager to know if their employer can survive, let alone thrive, as malls are hollowed out and many brick-and-mortar retailers go out of business. So will its landlords, creditors and others.

It’s not hard to see why the company’s stock was unloved for so long and was a target for short sellers, who make money when stocks decline.

In the nine months through the end of October, its most recent reporting date, GameStop had revenue of nearly $3 billion, 31% lower than in the same period a year earlier. Because of cost reductions, its loss of $296 million was smaller than the $492 million in the equivalent period of 2019.

Wall Street analysts, on average, don’t expect the company to become profitable until its fiscal year that ends January 2023, when they think it will earn a profit of $1.12 per share. GameStop’s stock trades at over 200 times those estimated profits. The equivalent valuation for Walmart is a far cheaper 23 times.

Anup Srivastava, associate professor at the Haskayne School of Business of the University of Calgary, said the falling sales and the high cost of running stores meant that GameStop did not deserve a high valuation. Looking at the stock price, he said, “It takes you back to the dot-com era” — the highly speculative period that came to an end in 2000 and dealt many investors big losses.

Still, GameStop has its fans. RC Ventures, an investment firm headed by Ryan Cohen, the founder of the online pet products retailer Chewy, has in recent months acquired a 12.9% stake in GameStop and outlined a plan in November to revive GameStop’s business.

Cohen argued that GameStop could thrive by cutting real estate costs and making the company’s online offering more attractive. It would have “competitive pricing, broad gaming selection, fast shipping and a truly high-touch experience that excites and delights customers,” he wrote.

A representative for Cohen, who was appointed to the retailer’s board this year along with two other executives, declined to comment.

Even analysts who think GameStop’s stock has become a bubble said that the company has some things going for it. Pachter, the Wedbush analyst, said that George Sherman, who was appointed GameStop’s chief executive in 2019, had strengthened its finances, giving his team time to attempt a turnaround.

Pachter says the shift to downloading games from the internet is not as big a threat to GameStop as it looks. The company has a solid business in allowing customers to trade in old games that keeps people coming into its stores. For that reason, it’s not Tower Records, he argues, referring to the music store empire whose parent company declared bankruptcy in 2004.

Gamers love to gripe about GameStop’s trade-in prices, saying the company sometimes pays less than $2 for them. Yet the company also occupies a nostalgic niche, reminding people of a time when browsing for bargains or searching for the newest hit gaming title entailed a trip to the mall. So what if the stores had an aesthetic that might best be described as the opposite of Apple’s sleek, minimalist outlets?

Aaron Littman, a dog walker in Manhattan, is a regular customer because GameStop stores have a good selection of used games, which he buys for when his 6-year-old son visits. “I stock up on the ones he really likes,” Littman said Friday outside a GameStop location in Manhattan.

With its future far from certain, GameStop could take advantage of the mania in its stock by issuing new shares. That would bring in a considerable amount of new money that could be used to reduce debt and give it resources to invest in its business.

AMC, the movie theater chain whose stock has also soared in recent days, sold shares last week, taking in cash that could help it weather the pandemic more easily.

And there may be some good sales numbers this year. Despite the shift to digital purchases of video games and the rise of Netflix-style services like Xbox’s Game Pass, there was optimism that the new generation of video game consoles released in November would juice sales and raise interest in the flagging brick-and-mortar stores. Gaming experienced a surge of interest as people looked for online entertainment during the pandemic, and the new Sony PlayStation and Microsoft Xbox did lead to long lines and some renewed attention for GameStop, which has also bumped up its digital offerings.

Still, that bump in interest is unlikely to result in sustained profits, according to analysts’ forecasts.

As for the company’s share price, it is impossible to say how long it will trade at such high levels. Much depends on the appetite of online investors who have used social media platforms like Reddit to promote the stock, which has been incredibly volatile. It traded as high as $468.49 last week.

The short sellers had to reverse course and buy GameStop stock in order to try and protect themselves from crippling losses. But they may return if the stock stays high.

Ultimately, a company that trades on the stock market is worth whatever investors decide it is worth. There is no fundamental value to which everything must return. That’s in part because the future is uncertain. If enough investors believe GameStop could develop a loyal online customer base, becoming the Chewy of video games, nothing might dissuade them from that view. In fact, they could help the company along by allowing it to raise capital.

The number crunchers said it was very difficult to see a future that justified the current stock price. Srivastava, the professor, offered a “best case” scenario: GameStop manages to take in $4 billion in sales this fiscal year. He noted that stock in Best Buy, a profitable company, trades at 0.65 times its sales. Applying that ratio to GameStop — a stretch — produces a stock price of $40, far higher than the levels it traded at just a few weeks ago.

If the stock stays far above last year’s levels, Wall Street analysts might well find reasons to raise their target for the stock price, even if the company’s business does not materially improve.

GameStop may be an extreme example of market exuberance, but it is hardly alone in defying expectations. Since it fell sharply last spring when the pandemic took hold, the S&P 500 index has surged to new highs even as economic output remains subdued and will likely stay that way for at least a few more months. 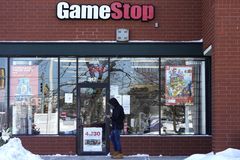 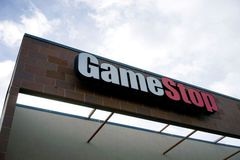 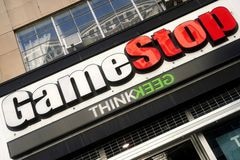 Opinion
Why shorting stocks is bad for your wealth and health
February 2, 2021 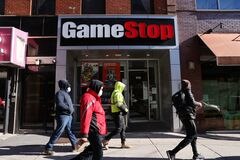