When Canadian Utilities Ltd. announced its first-quarter dividends this month, the company had some good news – and some bad news – for investors.

The good news was that the Calgary-based energy infrastructure company hiked its dividend by 7.5 per cent, extending a decades-long record of annual increases.

The bad news? Canadian Utilities (CU) suspended its dividend reinvestment plan (DRIP), which means investors won’t be able to use their dividends to automatically purchase additional shares – without brokerage commissions – directly from the company. Shareholders will also lose the 2-per-cent discount that applied to DRIP purchases.

Canadian Utilities is just the latest company to drop its DRIP. Pipeline giant Enbridge Inc. (ENB) suspended its DRIP in November, saying it no longer required the plan as a funding tool, and several big real estate investment trusts – including H&R REIT (HR.UN) and RioCan REIT (REI.UN) – have also put their DRIPs on hold.

For DRIP enthusiasts such as Robert Gibb of Victoria, it’s a discouraging trend.

“I’m disappointed because I think it really squeezes out the small investor,” said Mr. Gibb, who moderates the Canadian DRIP discussion board at dripinvesting.org.

DRIPs have long been a popular vehicle for investors who want to cut their investing costs to the bone and make the most of compounding. With company-operated DRIPs, not only are trading commissions eliminated but every penny of dividends is reinvested because the plans allow investors to purchase fractional shares. Many DRIPs also allow the purchase of additional shares to supplement the reinvestment of dividends.

For companies, the main advantage of DRIPs is that they eliminate the need to pay investors in cash, which frees up funds for other purposes such as expansion or debt reduction.

But DRIPs also have a downside: They increase the number of shares outstanding and dilute existing shareholders. This is especially problematic when a company’s shares are trading at depressed levels, as happened to many stocks during the market’s downturn last year. Just as companies are reluctant to announce an equity offering when their shares are under pressure, some are deciding not to issue new shares under their DRIPs.

“It was kind of hard to justify that we were going to give our equity away so cheaply,” said Michael Zakuta, president and chief executive officer of Fredericton-based Plaza Retail REIT (PLZ.UN), which suspended its distribution reinvestment plan in October. With Plaza’s unit price trading at a deep discount to the REIT’s estimated net asset value, “it’s not fair to the existing unitholders to be issuing units,” Mr. Zakuta said.

“H&R is well capitalized and has a strong balance sheet with significant financial flexibility. Accordingly, the trustees of H&R REIT and management wish to assert greater control over when and on what terms H&R raises capital to fund its business,” H&R said in a news release.

H&R said it wants to “avoid issuing equity at a price below net asset value per unit, something that can occur from time to time under the DRIP. The suspension of the DRIP is intended to preserve value and eliminate dilution.” (Net asset value is an estimate of the market value of a REIT’s properties and other assets, minus debt.)

RioCan, for its part, turned off its DRIP in the fall of 2017 as it announced plans to sell about $2-billion of properties in secondary markets and use part of the proceeds for a normal course issuer bid (NCIB), or share buyback. The purpose of suspending the DRIP was to “maximize the effectiveness of the NCIB,” RioCan said at the time.

In Canadian Utilities’ case, the company launched its DRIP in 2012 as it was undertaking an aggressive capital spending plan of about $2.5-billion a year. By giving the company the flexibility to pay some investors in shares instead of cash, the DRIP helped Canadian Utilities finance growth projects, including expansion of its electrical transmission business in Alberta.

Now that many of its large projects are completed, “our capital investment needs are lower and our cash flow has grown … so we no longer need the DRIP,” said Myles Dougan, senior manager of investor relations with Canadian Utilities.

Like other companies, Canadian Utilities has only suspended its DRIP – not cancelled it outright. Should the company need to raise equity in the future, it could restart the DRIP. Typically, investors who remain enrolled in a DRIP will see their dividends automatically reinvested again if the DRIP is reinstated.

When a company suspends its DRIP, in some cases investors may still be able to reinvest their dividends through DRIPs offered by certain discount brokerages. However, many brokers take the affected stocks off of their own DRIP lists. The main difference with these broker-operated “synthetic” DRIPs – unlike the classic DRIPs operated by a company’s transfer agent – is that investors can only purchase whole shares, which means a portion of the dividend will be received in cash and not reinvested.

DRIPs aren’t going away. Scores of companies – including banks, utilities, insurers and consumer products companies – continue to offer the plans. But for DRIP devotees such as Mr. Gibb, who is especially fond of the stock purchase option that allows investors to acquire additional shares commission-free, the recent trend is disappointing.

DRIPs provide an opportunity for investors to build long-term wealth and “take part in the stock market in the safest way I know,” he said. “Losing these plans means narrower choices for small investors.”

Advice for a conservative investor and how to contend with Enbridge’s suspended dividend reinvestment plan Subscriber content
January 11, 2019 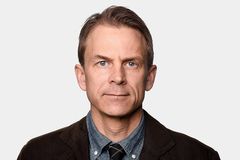 Dividend dynamos, Two-Minute Portfolio and more top stock picks for 2019: What you need to know in investing this week Subscriber content
January 14, 2019 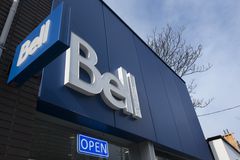 Why this rallying Canadian utility is a long-term buy and hold Subscriber content
December 5, 2018 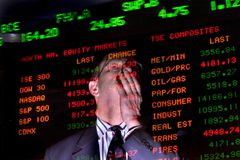