Buying good companies when they are out of favour can be a profitable investing strategy.

When I wrote a column in mid-October titled The Compelling Case for Buying Utilities While They’re Down, Emera’s shares were trading at about $39 – roughly a dollar above their 52-week low. Since then, shares of the North American utility operator have gained nearly 16 per cent, closing Tuesday at $45.21 on the Toronto Stock Exchange.

Why the sudden recovery?

Well, moderating interest rate expectations tied to the slowing global economy have helped Emera and other interest-sensitive stocks. The company also recently announced steps to strengthen its balance sheet and fund its growth plans, and those moves are starting to win the confidence of some investors.

It’s anyone’s guess what Emera’s share price will do in the short run, but over the long run I expect that investors will be rewarded with further capital gains and dividend increases. Here are five reasons I consider Emera a long-term hold. (Disclosure: I own the shares personally and in my model Yield Hog Dividend Growth Portfolio.)

Halifax-based Emera owns a $30-billion portfolio of assets consisting primarily of electric and gas utilities in Nova Scotia, Florida, New Mexico, Maine and the Caribbean. After the recently announced US$590-million sale of Emera’s three non-regulated, natural gas-fired merchant power plants in New England, the company will derive about 95 per cent of its earnings from regulated utilities, which generate relatively predictable cash flows. Utilities aren’t without risks – unfavourable regulatory decisions, for example, can hurt their earnings – but utilities are on the conservative end of the investment spectrum.

A growing rate base

By selling its New England merchant power facilities – and likely other assets in the year ahead – Emera is aiming to reduce its corporate-level debt and fund its growth plans, all while minimizing or eliminating the need to raise equity (beyond its dividend reinvestment plan). At its recent investor day, Emera provided details of its $6.5-billion capital program from 2019 through 2021 that is expected to drive compound annual growth of 6 per cent to 7 per cent in its rate base – the value of assets on which a utility is permitted to earn a regulated rate of return. More than two-thirds of Emera’s capital spending is focused on its Florida-based Teco Energy Inc. subsidiary, and includes investments in solar generation and the conversion of a coal-fired plant to natural gas. Florida is considered a favourable regulatory environment, as is Nova Scotia, which will receive about one-fifth of Emera’s capital spending through 2021.

To keep its borrowing costs from rising, Emera is keen to preserve its investment-grade credit rating. This is a pressing concern, as Moody’s Investors Service currently rates Emera’s long-term debt at Baa3 – one notch above speculative status – with a negative outlook. However, in a recent report Moody’s said the planned sale of Emera’s New England power assets is “credit positive because Emera will use the proceeds to reduce parent-level debt and invest in its regulated utilities while reducing its unregulated business exposure.” Moody’s did not change its rating, but it added that “we expect management will continue to take actions to strengthen the company’s business risk profile and improve credit coverage metrics.”

Of the 15 analysts who follow the company, there are seven buys, seven holds and one sell. Darryl McCoubrey of Veritas Investment Research, the lone bear, cites uncertainty about Emera’s credit rating and the fact that the company’s dividend payout ratio, at 85 per cent of adjusted cash flow, is the highest among regulated Canadian utilities. Emera should be able to achieve its dividend growth guidance, but that will require maintaining its investment grade rating, he said in an interview. Reflecting these uncertainties, Mr. McCoubrey has an intrinsic value estimate of $38 on the shares. Other analysts have a more positive outlook, with an average 12-month target price of $47.57, according to Refinitiv.

Jamie Dimon: Buybacks are for times when stock is cheap
Subscriber content
December 5, 2018 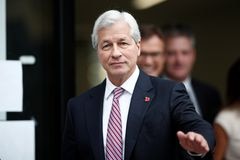 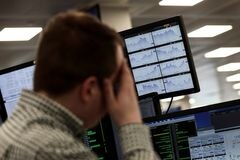 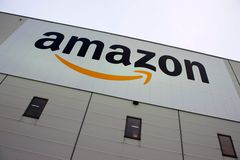