Rachael Moir is a Quantitative Investment Analyst with the Investment Management and Strategy team at MD Financial Management. She is responsible for supporting strategic and tactical asset allocation and alternative investment mandates.

The Race to the Bottom

Trade tensions and growth concerns continue to put pressure on central banks to lower policy rates, resulting in a race to the bottom for both interest rates and currencies, with the Federal Reserve set to ease its policy as soon as July.

It is no surprise that in this context, even as central banks are independent, U.S. President Donald Trump and the European Union are nominating personalities openly supporting easy monetary policy to join the Federal Reserve and the European Central Bank (ECB).

Whether or not these moves are politicizing central banks, especially where the nominees have a political background, we do not believe they justify shorting the euro or being less bullish the U.S. dollar.

Lagarde is coming at a time the cyclical outlook for the euro zone remains weak relative to most developed countries, with a year-over-year growth rate stabilizing at 1.2 per cent in the first quarter, reinforcing the likelihood of a continuation of monetary accommodation.

Yet there is some potential upside for the single currency in the short term.

For one thing, Lagarde hasn’t been left many tools to stimulate the economy should conditions deteriorate. In addition, despite a weak start to 2019, the euro zone economy – manufacturing aside – has been fairly resilient and negative expectations are already priced in. So any upside surprise could lift the euro, making other currencies more attractive to short.

Time to Short the Yen

The Japanese yen is one of them. In fact, we recently moved to underweight the Japanese currency.

Not that we have changed our cyclical view: we’ve been bearish the yen relative to G10 currencies for some time due to persistently dismal growth expectations and relative performance of commodity export and import prices (terms of trade).

The low interest rate environment has been a secular trend in Japan, with nothing changed on that front either. The whole concept of maintaining very low interest rates is 1 of 3 arrows – monetary and fiscal stimulus, along with structural reforms – of Japanese Prime Minister Shinzō Abe’s “Abenomics” in effect since December 2012. With nothing changed on that front, we remain confident the Bank of Japan will not let the yen appreciate too much.

However, extremely low yields limit the central bank’s ability to ease much further, which is why we had not been short the yen so far, as opposed to a more sizable short position on the British pound, for instance.

On the structural front, the yen’s safe haven status has also been a support amid geopolitical tensions. Since the G20 Summit in Japan, however, tensions between China and the U.S. have eased, weakening demand for safe havens as markets have returned to carry mode, creating an opportunity to move into an underweight position in the yen in early July.

Bullish On The U.S. Dollar Despite Fed Board Nominations

In the race to the bottom, Trump’s quest to lower interest rates to push down the greenback has led him to nominate Judy Shelton, his former economic adviser, and St. Louis Fed Research Director Christopher Waller, two candidates favouring easy monetary policy, to the Federal Reserve Board, which shouldn’t alter the path of interest rates, hence our view of the U.S. dollar.

We believe the Fed will remain independent despite the political noise stemming from Trump’s open criticism of its policy.

The Fed is also unlikely to ease aggressively. Markets are pricing in a 100 per cent chance of at least a 25 basis point rate cut on July 31, with a chance of going as far as 50 basis points. But with 224,00 jobs created in June and an unemployment rate of 3.7 per cent, still close to its 50-year low, the U.S. economy continues to perform better than other G10 countries, making a 50 basis point cut highly unlikely.

Even as Fed Chair Jerome Powell’s latest testimony signalled more easing in July, we expect it to be limited to the 25 basis points fully priced in.

Once the Fed eases its policy, the interest rate differential with the eurozone will narrow, but only temporarily, as a stronger euro for an already fragile economy would pose a bigger risk than a stronger dollar would to the U.S. economy, forcing the ECB to react quickly.

So will other central banks, bringing back interest rate differentials to levels that would favour the greenback. Hence our ongoing bullish stance on the U.S. dollar. 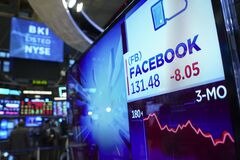 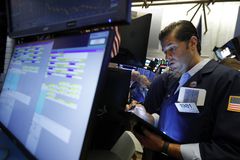 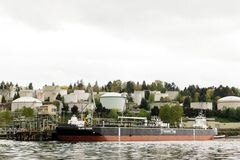