Growth has an almost irresistible allure for investors. Whether it’s a rapidly growing economy, a startup with a hot new product, or a new industry that promises to be the “next big thing," investors are naturally drawn to opportunities that seem to offer the greatest long-term potential. Likewise, it is difficult for most investors to envision a stagnant economy or a dying industry as a prime hunting ground for investment ideas.

History tells a different story. As a thought exercise, imagine that you could go back in time to the early 1970s. You would hear amazing things about the first commercial microprocessor that had just been developed. You would also learn that the U.S. had banned most cigarette advertisements. Back then, it might have seemed obvious to invest in technology shares instead of tobacco stocks.

That would have turned out to be completely wrong. Looking at Datastream sector indexes, tobacco shares have delivered approximately 10 times the return of tech shares since 1973. How is that possible? Investors poured an ocean of capital into exciting tech opportunities, which increased competition and depressed returns. Conversely, regulatory burdens scared investors away from tobacco, but left scant competition and handsome returns for the limited capital that remained.

This is also why the fastest-growing economies don’t necessarily translate into the best investments. Goldman Sachs coined the acronym BRICs (Brazil, Russia, India and China) in a 2001 report, sparking a frenzy of interest in emerging market investing and a flood of BRIC-themed funds in the following years. Like technology in the 1970s, those economies were indeed the “next big thing” in a very real sense, but investment returns in those markets over the past decade have been underwhelming. The lesson here is that nothing kills return on capital faster than capital itself.

A more useful question for investors to ask might be: “What’s not the next big thing?” To be clear, that doesn’t mean being blindly contrarian, but a different perspective can often point to opportunities that others have either missed or are afraid to touch. Russian bank stocks were anything but the next big thing in 2014, when the annexation of Crimea and collapse in oil prices made the country untouchable for many investors. Yet the lack of capital ultimately produced compelling opportunities in shares such as Sberbank, the dominant local lender, which were available at an excessive discount to similar quality banks elsewhere in the world.

A good example today is offshore drilling. The boom in U.S. shale production has clearly been the energy sector’s version of the next big thing for some time. Capital has flooded onshore at the expense of more conventional offshore projects. As an illustration, the dearth of capital has been so extreme that one company, Borr Drilling Ltd., which specializes in leasing rigs for shallow-water drilling, was able to purchase dozens of rigs for an average of about 60 per cent of replacement cost. Many of these were brand new, and in almost all cases, Borr was the only bidder. This type of imbalance is extremely rare in crowded capital markets and likely points to a highly favourable opportunity in our view.

The shift in sentiment has been dramatic. As recently as mid-2018, Borr shares traded at 1.6 times book value, indicating that the market believed the company could achieve a return that at least matched its cost of capital – a reasonable assumption given that its book value reflected highly depressed rig values. Today, Borr trades at less than half its book value.

At these levels, the market believes that Borr’s top-of-the-line shallow-water drilling assets, which have a lifespan of more than 30 years, will fail to achieve their cost of capital. This seems like an extraordinarily negative assumption to us. A valid concern for investors is substantial rig oversupply. But importantly, supply is bifurcated – there was a huge rig overbuild in late 1970s and early 1980s, and another in the past decade. Today’s inventory consists of very old and very new rigs, but little in between. Since a rig typically lasts 30 to 40 years, supply and demand should gradually come back into balance through natural attrition of older rigs in the coming years. As the supply-demand balance improves, Borr should be able to charge higher day rates (currently depressed) to lease its rigs and to have more of them in operation (currently below 50 per cent).

While it is impossible to predict how the energy capital expenditure cycle will evolve, we can be fairly confident that offshore drilling will have a role to play in fulfilling the world’s energy needs. Today, offshore production accounts for roughly a quarter of global oil supply. Shale is indeed growing quickly, but still represents between just 6 per cent and 9 per cent of world supply, and oil sands represent less than 5 per cent. The rest comes from conventional onshore sources, including members of the Organization of Petroleum Exporting Countries that are currently cutting production. Even if shale continues to grow rapidly, millions of new barrels will be needed from other sources to offset natural decline rates and demand growth, notwithstanding the years-long transition toward renewables. Shallow-water drilling, which is economically competitive with shale, is likely to remain part of the mix.

To us, the extreme pessimism about offshore drilling looks like classic capital cycle behaviour, and a great opportunity for those willing to lean into the uncertainty. Cycles of capital investing are far from the only consideration for a company’s fundamentals. But past experience suggests a decent rule of thumb for investors: Go where the capital isn’t.

Graeme Forster, PhD, CFA, is a portfolio manager at Orbis Investments and is responsible for the Orbis International Equity Strategy. Orbis Funds may own or be in the process of buying or selling securities discussed in this article.

Investors are paying a high price for ‘safety’ 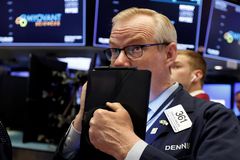 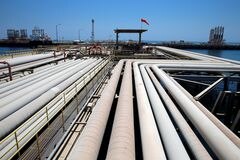