The management of almost every company believes that the stock price is undervalued. So, even though I am a shareholder, when the board of Trinidad Drilling Ltd. announced in late February that they had “initiated a strategic review in an effort to enhance shareholder value,” I paid very little attention. So did other investors, apparently. The stock price enjoyed a brief flurry from $1.65 to almost $2, then lapsed into its recent trading range of $1.70 to $1.80. The board indicated there was no assurance that any transaction would take place, so perhaps this indifference was warranted.

Last week, however, Trinidad Drilling issued a press release to announce the sale of its Saudi Arabian rigs as evidence of progress in this strategic review. This prompted me to revisit the year-end financials to see whether the board was on to something. (The first-quarter results will not be released until May 7.)

As its name implies, the company is a contract driller providing drilling and related services in Canada, the United States, the Middle East and Mexico.

Revenue in 2017 was $500-million, up almost 40 per cent from a year earlier, and although the company lost money during 2017, management was optimistic in its outlook for the current year – perhaps because 60 per cent of revenue is generated outside of Canada. At a recent price of $1.94, the stock trades at less than half of its tangible book value of $4.29 a share and about one times sales a share, two ratios that make it attractive to any value investor.

With a market capitalization of $530-million and debt of another $500-million, the enterprise value (EV) of Trinidad Drilling is a little more than $1-billion, so we are not dealing with a microcap company. Last year, the earnings before interest, taxes and depreciation (EBITDA) came in at $102-million, generating an acceptable trailing EV to EBITDA ratio of 10. If management optimism is well founded, this ratio should trend down during 2018, making the stock valuation even more attractive. Fortunately, $438-million of the $500-million in debt is not due until 2025, so Trinidad is not under short-term pressure to refinance.

When analyzing a company exposed to an industry in turmoil and oversupply, it is often the case that the book value of assets on the balance sheet no longer represents the value that another industry participant would pay to acquire these assets.

To explore this possibility, I calculate the net collateral value of the assets on the balance sheet. This is a crude but effective way of assessing the collateral value that a banker or other lender would apply when deciding how much, if anything, to loan to a customer. I assume they will loan 100 cents on the dollar against cash and short-term investments, 75 cents for accounts receivable, 50 cents for inventory and 100 cents for the net depreciated value of fixed assets – mainly drilling rigs in the case of Trinidad. After evaluating the asset side of the balance sheet, I deduct all liabilities to derive net collateral value a share. In theory, an acquisitor could pay this amount a share and not only acquire the company but also pay off all the liabilities – and borrow the entire amount based on the collateral value of the existing assets. “Buy a company, no money down” is the shorthand way of describing this analysis.

For Trinidad Drilling, trading at $1.94, the collateral value a share is $3. This is a generous margin of safety for an investor and, while it is possible that no transaction will take place, there does appear to be unrecognized value in the stock.

Returning to the sale of the Saudi Arabian rigs, which represents a first step in the process to unlock value at Trinidad Drilling: Management states that they originally intended to relocate the rigs to the Permian Basin in the United States, but the purchase price was sufficiently attractive to pursue the sale on location. The net proceeds to Trinidad are $68-million, which will be a major contributor to the company’s 2018 capital spending budget of $108-million. Although this is a minor transaction in the context of a $1-billion company, it provides some reassurance that management is delivering on the board mandate to enhance shareholder value. Presumably, there is more to come.

Tech tumbles ahead of crucial week for quarterly results
April 20, 2018 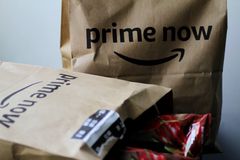 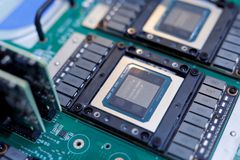 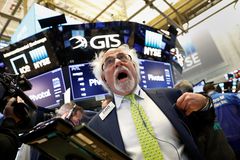