The front-page headline in Monday’s Report on Business read: “Ontario Industries Caught in the Middle as Provincial, Federal Governments Spar over Carbon Pricing." Uncertainty is bad for stock prices, and investors who own Ontario-based companies would probably struggle to confidently forecast what kind of arrangement the governments of Prime Minister Justin Trudeau and Premier Doug Ford, or their potential successors, will ultimately land on. Alternatively, investors could look to those companies whose profitability isn’t strongly linked to its carbon emissions.

First, we will look at a couple classic value investing metrics. We look for companies headquartered in Ontario whose SmartEstimate next-12-months’ (NTM) price-to-earnings ratio and dividend yield are no more than 12 and at least 3.5 per cent, respectively.

Secondly, we consider the carbon intensity, and look at how many dollars of net income is available to shareholders (excluding extraordinary items) per tonne of CO2 equivalent emissions. Various “scopes” are used by analysts and scientists to categorize emissions. Our screen includes Scope 1, direct emissions; Scope 2, indirect emissions generated from purchased energy; but excludes Scope 3, which is all other indirect emissions that occur upstream or downstream in the company’s value chain. A higher value indicates that a company is more energy efficient and should be less vulnerable to whatever type of carbon tax, carbon pricing or other scheme the two levels of government eventually work out. Our threshold is at least $50,000 per tonne. Note: Refinitiv estimates carbon emissions for companies that don’t voluntarily report, but only companies that report their emissions are included in the screen.

Finally, we screen out any companies who have not made explicit targets for reducing their emissions.

Refinitiv, formerly the financial and risk business of Thomson Reuters, is one of the world’s largest providers of financial markets data and infrastructure, serving more than 40,000 institutions worldwide. With a dynamic combination of data, insights, technology, as well as news from Reuters, our customers can access solutions for every challenge, including a breadth of applications, tools and content – all supported by human expertise.

The only four companies to pass the screen come from the Big Six banks that dominate Canada’s stock market. The only Ontario-headquartered bank not included (National Bank of Canada is headquartered in Quebec) is Canadian Imperial Bank of Commerce, which passes every test except for having set explicit targets for emission reduction, according to Refinitiv’s ESG database.

Bank of Montreal generates the most shareholder value per tonne of carbon. BMO also scores in the 97th and 96th percentile among banks globally on Emissions and Environmental Innovation respectively, according to Refinitiv’s ESG scoring system. One business line that has been particularly volatile for Canadian banks is trading, and each of the Big Six has seen a contraction in trading revenues year over year. BMO, however, which had the second-highest trading revenues in the first quarter, has seen only a 0.2-per-cent decrease compared with a year ago, much better than any of its peers.

Disclosure: The author owns shares in Bank of Nova Scotia and Toronto-Dominion Bank.

Hugh Smith, CFA, MBA, is manager of Refinitiv’s investment management business for the Americas, and a director on the board of the Responsible Investment Association. 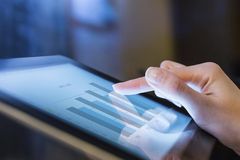 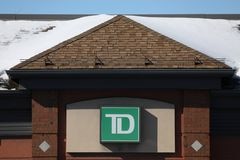 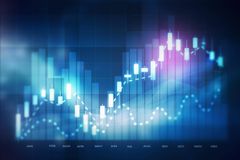