Companies likely to have an earnings beat in the short run.

There are a lot of very negative headlines in the news these days: the possibility of Britain crashing out of the European Union with no deal, a trade war between the world’s two largest economies, a humanitarian and economic crisis in Venezuela – but against this backdrop, the S&P 500 is up 17 per cent year-to-date. In fact, the S&P 500 is currently on its longest bull-run ever, surpassing the previous mark almost a year ago. Investors may not want to run to safety just yet, and miss out on an equity market with a lot of momentum, but at the same time might be wary of making new long-term investments. How can we predict which stocks will perform well in the short term?

Refinitiv’s StarMine earnings-per-share predicted surprise has historically been a reliable indicator. It is calculated by taking the percentage difference between the Street consensus EPS estimate and the Refinitiv SmartEstimate – a more predictive estimate that places more weight on recent forecasts from the most accurate analysts. A predicted surprise of more than 2 per cent (or below minus 2 per cent) has historically predicted an earnings beat (or miss) 70 per cent of the time. Because the price of a stock is based on investors’ expectations of the company’s future earnings, a positive surprise is generally a very good thing for the stock price.

For our screen, we will start with all North American companies with a market capitalization greater than US$50-billion, and screen for those whose EPS predicted surprise is 2 per cent or more for this coming fiscal quarter. To filter out the noise and focus in on the more reliable signals, we exclude any company covered by fewer than 10 analysts.

Refinitiv, formerly the financial and risk business of Thomson Reuters, is one of the world’s largest providers of financial markets data and infrastructure, serving more than 40,000 institutions worldwide. With a dynamic combination of data, insights and technology, as well as news from Reuters, our customers can access solutions for every challenge, including a breadth of applications, tools and content – all supported by human expertise.

Large predicted surprises are more common with smaller companies that are followed by fewer analysts and generally less well understood by the market. It is therefore surprising to see Amazon.com Inc. – the world’s third-largest company, with 44 analysts predicting its next quarter’s EPS – on the list with a predicted surprise of 4 per cent. According to StarMine, the best earnings estimator for Amazon is Ross Sandler from Barclays Bank PLC. Mr. Sandler’s first-quarter EPS estimate of US$6.06 is the highest of all 44 analysts, and 28 per cent above the Street consensus. Meanwhile, the five analysts who are historically the least accurate average an estimate of 18-per-cent below consensus.

Another way that SmartEstimate improves upon a simple average of all analyst estimates is by using an algorithm that detects clusters of revisions. The logic: If a number of analysts all revise their estimates at the same time, in the same direction, some relevant piece of information must have emerged. Any estimate that hasn’t been revised before this cluster, even if it is still a very recent estimate, is thrown out, because there is a high likelihood that it is based on stale information.

Suncor Energy Inc.’s very high predicted surprise is the result of four analysts’ estimates, averaging 13-per-cent below Street consensus, being omitted because they are deemed “ex-cluster." All other analysts revised their estimates at the beginning of April. Only days before, on March 29, the last trading day of the first quarter, crude oil prices were up 1 per cent based on U.S. sanctions against Iran and Venezuela, and supply cuts led by the Organization of Petroleum Exporting Countries. This 1-per-cent daily rise made the first quarter of 2019 the best quarter for oil in more than a decade.

Six large-cap stocks are a strong bets for earnings beats

Recent close is in native currency 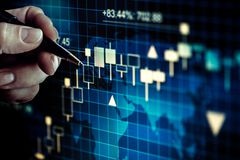 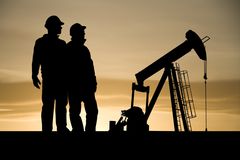