The Bank of Nova Scotia’s asset management division, 1832 Asset Management L.P., is the second investment fund manager to be fined this month for excessive spending in its mutual fund sales practices.

The fund manager has agreed to pay an $800,000 administrative penalty and $150,000 in investigation costs as regulators voice concerns surrounding their mutual fund sales practices.

Under Ontario securities law, fund companies are allowed to provide only benefits that are promotional in nature and of minimal value.

Over a five-year period, from November, 2012 to October, 2017, 1832 AM has admitted some of their sales practices for their Dynamic Funds family did not meet regulatory requirements and permitted excessive spending on mutual fund representatives for promotional activities and gifts.

Last week, the OSC alleged that during the months of May, 2015 and May, 2016, 1832 AM hosted two mutual fund-sponsored conferences and provided non-monetary benefits to dealer representatives at these events.

These included financial advisers receiving Apple iPad minis at two separate conferences at a cost of more than $300 each. In addition, advisers and their guests received Maui Jim sunglasses at a cost of $111 each.

Advisers were also gifted tickets to Toronto Blue Jays and Toronto Maple Leafs games, and a Justin Bieber concert. These tickets ranged from $245 to $410 per person.

Excessive spending on certain promotional items was not of minimal value and included Bose wireless speakers, an executive briefcase, Samsung tablets, bottles of Dom Pérignon champagne and a $230 sports jacket.

1832 AM also acknowledged that it failed to establish and maintain systems of controls and supervision around its sales practices sufficient to provide reasonable assurances that it was complying with its regulatory obligations.

“We take our regulatory responsibilities very seriously and will continue to enhance 1832 Asset Management’s sales practices relating to Dynamic Funds,” Glen Gowland, senior vice-president and head of asset management for Scotia, said in an e-mail statement. “As this is an important matter for our industry, we will continue to work closely with regulators and others to ensure that, as manager of the Dynamic Funds, we meet all requirements with third-party dealers and dealer representatives.“

Mr. Gowland also stated that in 2017, as manager of the Dynamic Funds, the firm began to make changes to its internal sales practices with a view to improving compliance.

Regulators are paying closer attention to the levels of excessive spending and elaborate sales tactics that could persuade a financial adviser to choose one investment product over another. 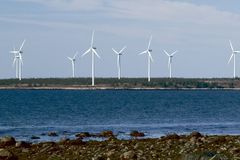 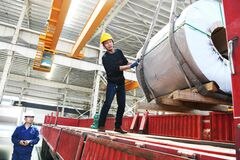