Scott Shellady has a cautionary tale for anyone looking to stock agricultural investments in their portfolios: stay away.

It comes from personal experience. As managing partner at The Cow Guy Group, he’s been trading crop and livestock futures on the Chicago Mercantile Exchange for over three decades. He also grows crops such as wheat, corn and soybeans on his family’s 800-acre farm in Illinois.

Like many who make a living bringing food to the tables of the masses, his way of life is being threatened by plunging prices and volatility brought on by an ill-timed global trade war in the midst of a bumper crop.

“You’ve got the tariffs. You’ve got an abundance of corn and beans. You’ve been sitting on the farm for five generations. Are you going to be the one that loses the family farm after everyone made it through the depression and the dust-bowl?” he asks.

With no resolution to the trade dispute in sight, Mr. Shellady cautions retail investors against trying to find a market bottom for crops and livestock, also referred to as “soft commodities.”

“For the average mom and pop to get involved, I think we’re going to struggle for the short term. We could be walking into the face of a slow, deflationary environment,” he says.

Most retail investors can buy into soft commodities through exchange-traded funds. They are often included in broader commodity funds that include “hard commodities” like gold and crude oil, such as the iShares S&P GSCI Commodity-Indexed Trust (GSG).

According to Mark Yamada, president and CEO of PUR Investing, soft commodities can also be found in agricultural ETFs such as the Invesco DB Agriculture Fund (DBA), which includes publicly traded companies that produce food products.

“If you dig into some of the broader-based agricultural funds, they have orange-juice futures and pork bellies and that sort of thing in there,” Mr. Yamada says.

Pure-play soft-commodity funds are scarce. Teucrium Trading LLC has a series of ETFs that include corn, wheat, soybeans and sugar. All have declined in value between 25 per cent to 50 per cent since 2014.

“Over the past five years, they’re in negative territory. You’ve been sucking wind for a very long time” says Mr. Yamada.

iPath, a division of Barclays Bank Plc., offers a livestock fund under the ticker symbol COW that has bucked the trend. It has gained in value by 30 per cent over the past five years.

Unlike hard-commodity ETFs, there are no ETFs that short soft commodities available to the average investor, but it is possible to short them directly in a personal trading account.

Performance aside, Mr. Yamada – who manages broad ETF portfolios for clients – says soft commodities should be included in most investment portfolios.

“Portfolio-management theory says you should have a little bit of soft commodities for diversification in a portfolio,” he says.

However, he also warns that soft-commodity ETFs can be mind-boggling. Many use instruments like swaps and futures through complicated liability structures such as limited partnerships.

“It is very instructive to read the prospectus for the instruments they can trade in. It’s unlike anything you will see in a conventional ETF,” he says.

As is often the case, complicated investment products come at a cost. Many soft-commodity ETFs impose annual fees above one per cent compared with most hard-commodity ETFs, which charge fees below 40 basis points.

“All of these soft-commodity ETFs are very expensive,” says Mr. Yamada.

For Canadian investors, soft-commodity ETFs carry an added risk because they – and the commodities themselves – only trade in U.S. dollars.

“It’s always a little tricky from the Canadian investor’s perspective moving into assets denominated in U.S. dollars, because you’re adding another variable that can affect valuation quite considerably,” says Shaun Osborne, chief currency strategist at the Bank of Nova Scotia.

“It’s difficult for retail-level investors to effectively hedge away that currency risk.”

Mr. Osborne says the fact that the Canadian dollar is especially susceptible to changes in global commodity prices adds yet another level of currency risk.

“It’s difficult to know how much concern we should be paying to these comments because they don’t reflect a lot of understanding about how currency policy is specifically formulated,” Mr. Osborne says.

“It’s one of the most uncertain environments we’ve had to deal with for quite some time.” 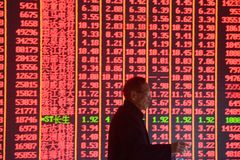 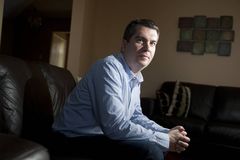