The uncontested benchmark for the Canadian stock market is the S&P/TSX Composite Index, but a growing number of exchange-traded funds and index funds are following a different path.

To save money, they’re tracking new or lower profile benchmarks such as the Solactive Canada Broad Market and FTSE Canada indexes. Big considerations in choosing ETFs are fees and popularity (as measured by trading volumes and assets). But the underlying index matters, too. You want an index that is well diversified in both stocks and sectors.

One of the latest ETF players to look beyond the S&P/TSX Composite Index is TD Asset Management, which is part of Toronto-Dominion Bank. TDAM proposed recently that the Canadian equity fund in its well-regarded e-series of index mutual funds switch to the Solactive Canada Broad Market Index from the S&P/TSX Composite Index. The TD Canadian Equity ETF (TTP) made a similar switch in late 2018.

“When making the decision to change to a new benchmark, we looked at different factors including sector weightings, correlation and performance,” a TD spokesman said by e-mail.

The Solactive Canada Broad Market Index is also used by the Mackenzie Canadian Equity Index ETF (QCN), which began trading in January, 2018. Solactive, based in Frankfurt, describes itself on its corporate website as offering “German index engineering.”

ETFs in Canada originally tracked widely followed indexes such as the S&P/TSX Composite and then branched into competing but similar indexes, into so-called smart beta funds that screen for stocks with particular attributes and into actively managed funds run by a portfolio manager.

Index-tracking ETFs stand out for cost-conscious investors because they have the cheapest fees. The introduction of new indexes to compete with incumbents in the Canadian, U.S. and international equity categories has helped feed this low-fee trend, said Daniel Straus, head of ETF research and strategy at National Bank Financial. Index providers such as Standard & Poor’s and MSCI are the gold standard in creating robust indexes, but their licensing fees can weigh on the cost of running an index fund.

“If the asset manager can switch to a cheaper index, they may be able to more easily post a lower fee or collect more [profit] margin or some combination of the two,” Mr. Straus said.

TD’s spokesman confirmed that the switch to the Solactive Broad Canada index results in lower index-licensing costs, savings that are being passed along to investors through lower fees. The management-expense ratio for TTP is 0.06 per cent now, down from 0.08 per cent in 2017. The index change will also contribute to a drop in the management fee (a major part of the MER) for TD Canadian Index Fund-e to 0.25 per cent from 0.3 per cent.

QCN and TTP trailed other index-tracking Canadian equity ETFs for the year through Aug. 31 with total returns (share price changes plus dividends) of 15.4 per cent. Both the BMO S&P/TSX Capped Composite Index ETF (ZCN) and the iShares Core S&P/TSX Capped Composite Index ETF (XIC) made 17.1 per cent. The Vanguard FTSE Canada All Cap Index ETF (VCN), tracking the FTSE Canada All Cap Index, made 16.4 per cent.

Short-term numbers such as these are trivial, but they raise the question of how alternatives to the S&P/TSX Composite Index will perform. Mr. Straus suggests this shouldn’t be a big concern if you’re looking at traditional index-tracking ETFs.

“One of the dirty little secrets of passive index analysis is that, so long as best practices are followed, most passive indices arrive at the same place via different directions,” he said. “The end result is that even though one index is provided by FTSE, one is provided by S&P and one is provided by MSCI, they are almost identical. You can see that in terms of their performance and their portfolios and their correlation.”

Where performance of traditional index ETFs does differ somewhat is in the comparison between funds tracking indexes focusing on large companies and those representing a broader slice of the market. Both the Vanguard FTSE Canada Index ETF (VCE), tracking the FTSE Canada Index, and the iShares S&P/TSX 60 Index ETF (XIU), following the S&P/TSX 60 Index, focus on big blue chips and they have both outperformed over the past five years.

The advantage for large-cap stocks isn’t a permanent one – XIC and XIU have almost identical 10-year returns (both around 7.1 per cent). But large stocks do tend out outperform now and then in the Canadian market.

The sameness of the broad market indexes tracked by Canadian equity ETFs can be seen in their portfolio holdings. The weighting for financial stocks in the S&P/TSX Composite and Solactive indexes is in the low-30-per-cent range, and Royal Bank of Canada (RY), TD (TD) and Enbridge Inc. (ENB) are usually the top three holdings. A notable exception can be found in the ETFs of some FTSE indexes – VCE, tracking FTSE Canada, has a financials weighting of 42 per cent and VCN, based on FTSE Canada All Cap, is at 37 per cent.

VCE has been a strong performer in the past five years, but that heavy financial weighting would be a concern if banks, insurers and investment firms were thrashed like they were in the 2008-09 crash.

One of the biggest weaknesses of the Canadian stock market is that it’s dominated by financials and resource stocks while offering negligible exposure to dynamic sectors such as technology and health care. Competitors to the S&P/TSX Composite Index offer no solution to this shortcoming.

New indexes for investing in the Canadian stock market are a welcome addition to the marketplace because they help sharpen the level of fee competition in the ETF and index fund business. Are they better investments than the incumbent indexes? In the Canadian market, they seem to offer more of the same.

Shopping for an index

Here's a look at some Canadian stock market indexes you can invest in through exchange-traded funds. The S&P/TSX Composite Index is the most widely used benchmark for Canadian stocks, but other broad indexes have appeared in recent years. The indexes gathered here are broad-based and do not use a screening process or focus on niches such as low volatility, value, growth and so on. (Tap or click arrow for additional columns)

Of Fed-aches and other central banks: World market themes for the week ahead
Subscriber content
September 15, 2019 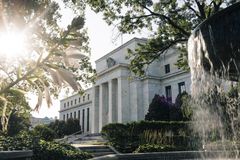 Stock-picking fund managers are clawing back. Can it last?
Subscriber content
September 13, 2019 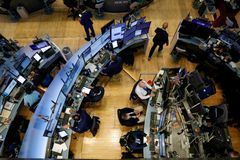 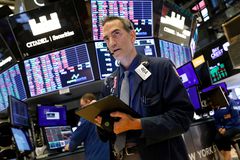