Managers of cannabis-related exchange-traded funds have been trimming their exposure to pot stocks even as individual investors were buying in anticipation of the drug’s legalization Wednesday.

The Evolve Marijuana Fund has been decreasing its exposure to the companies directly linked to the cannabis sector over the past two weeks, while the Purpose Marijuana Opportunities Fund has increased its cash position to just more than a 30 per cent weighting.

The repositioning by the funds comes after the sector has experienced wild price swings in recent months with single stocks spiking and plummeting within short periods.

“The big thing right now is we are trying to manage the volatility of the sector and make sure we are not going to get crushed on the downside,” says Greg Taylor, a portfolio manager with Purpose Investments, who expects the hype to die down.

"If Oct. 17 comes and goes and we don’t see the demand everyone is looking for, we could see people start taking money off the table,“ he added.

With $9.3-million in assets, SEED has been slow to take off compared to Canada’s first marijuana ETF, the Horizons Marijuana Life Sciences Index ETF, which recently hit more than $1-billion in assets.

But with legalization occurring on Wednesday, Elliot Johnson, chief operating officer at Evolve Funds Group Inc. and portfolio manager of SEED, says there is an opportunity for actively managed funds in the cannabis sector that some index funds (which can only rebalance every quarter) may not be able to react quickly enough to capture.

Last week, Mr. Johnson began to decrease the fund’s direct exposure to the cannabis market, shifting money into ancillary markets such as retailers. He added positions in Loblaw Cos. Ltd., Constellation Brands Inc., which has a majority stake in producer Canopy Growth Corp., and online e-commerce provider Shopify Inc. (The provinces of Ontario, British Columbia, Newfoundland and Prince Edward Island will be using e-commerce platforms for retail cannabis sales.)

“We looked at Loblaw because they own Shoppers Drug Mart and they have manufacturing and distribution licences. We think people are going to want to buy this product – but they may not necessarily want to learn a new retail experience,” Mr. Johnson said.

At the same time, he has trimmed weightings in Aphria Inc., Cronos Group Inc. and Hexo Corp. and is keeping a close eye on the pharmaceutical industry, as well as the alcohol and tobacco markets.

Mr. Taylor has also spent the past several weeks paring back some of the winners in MJJ, which now has more than $28-million in assets. The fund has increased its cash holding to more than 30 per cent as of Oct. 15, up from 14 per cent at the end of August – a strategy that will allow for a buying opportunity once “some of the hype comes off the sector," he said.

The fund pulled out of Tilray Inc. at the end of September when valuations began to spike. Rather, Mr. Taylor began to increase weightings in Canntrust Holdings Inc and Organigram Holdings Inc., while adding U.S companies that focus on medicinal marijuana – such as Charlottes Web Holdings Inc.

“Yes, there could be some opportunities to outperform when buying into a company – like Tilray – early on in the IPO process," Mr. Hawkins said. "But is it always going to work out for every company coming into this space as the sector evolves on a going-forward basis? I’m very skeptical.”

A global investing giant is stepping into the Canadian fixed-income ETF market
October 12, 2018 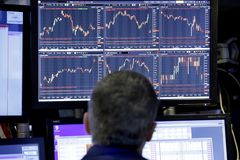 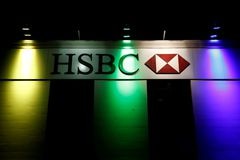 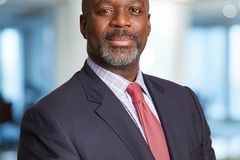