Exchange-traded funds that track millennial spending are soaring, but have been slower to attract investment as investors debate betting on generational preferences.

As millennials gain buying power, generation-themed funds such as Global X Millennials Thematic ETF (MILN) and Principal Millennials Index ETF (GENY) have emerged to offer baskets of companies that are typically of interest to the generation of people born between 1980 and 2000, with top holdings including Apple Inc., The Walt Disney Co. and Adidas AG.

But with consumer discretionary and technology – more volatile stocks, especially during market downturns – making up nearly 80 per cent of MILN and GENY, investors with short-term investment goals could struggle under these funds.

“Millennials could possibly spend more money on the things they know, but young people tend to be more interested in things like Netflix, bitcoin and cannabis stocks,” says Larry Berman, co-founder and chief investment officer of ETF Capital Management. “You’re over-concentrated in something that is very volatile for your portfolio. It could potentially offer long term wins, but could be catastrophic too.”

Millennial-focused funds attempt to anticipate the products and services that the generation will use the most, and where their spending is expected to surge. Millennial spending could grow to US$1.4-trillion annually in the United States by 2020 and would represent 30 per cent of total retail sales, according to a report by Accenture. MILN tracks U.S. companies including Uber Technologies Inc., Starbucks Corp. and Spotify Technology SA., while GENY takes a global approach with holdings such as Hennes & Mauritz AB, Just Eat Plc and Facebook Inc.

However, recent disappointments in the public debut of companies such as Uber Technologies Inc. (UBER) and Lyft Inc. (LYFT), which are trading below their initial public offering prices, and concerns over a looming recession, have caused investors to become skittish on lofty valuations and consumer spending.

However, if an investor intends to buy-in for the long haul, the current environment could present an opportunity to buy low and watch the price climb over the next few decades, says Michael Kovacs, chief executive of Harvest Portfolios Group.

“Uber did have a bit of a rough start, but over the long-term, companies like Uber and Lyft will be bigger parts of our society with autonomous driving and taxis,” he says. “You have to take the position that whatever tech stock you’re investing in will be bigger 10 years from now than it is today, and you make your investment and you wait.”

Both ETFs have climbed since launching in 2016, with MILN returning 18 per cent over the past year and GENY up 16 per cent as of Oct. 30, according to Bloomberg data. But in the more than three years since the ETFs launched, MILN and GENY have garnered a relatively low level of investment, with about US$73-million and US$22-million respectively in assets.

Generational perspectives on investing could be hindering investment in millennial-focused ETFs. While the funds are still small, the younger generation is only just starting to dabble in investing, and that will surge over the next decade, according to Mr. Kovacs. For baby boomers with more short-term investment goals, gambling on companies that could see significant performance pressure over the next few years may not be appealing.

“Millennials have a long investment horizon in front of them, whereas someone looking at retirement in five or 10 years doesn’t,” Mr. Kovacs says.

Investors that have the flexibility to take on a higher level of risk for long-term gains should still diversify their portfolios with more stable utilities and consumer staples companies, says Leanna Haakons, founder and president of Black Hawk Financial Inc.

The millennial ETFs’ holdings in defensive stocks are low, with consumer staples, financial services and real estate making up only about 17 per cent of GENY.

“They’re going to try to balance out their weightings of different sectors so that it doesn’t drop 80 per cent in a recession,” Ms. Haakons says. “But it’s important to know that it’s good to have a balance of investments, like income-focused investments that will hold up better in a recession than an ETF with a bunch of growth stocks that are likely to take a big hit.”

And MILN and GENY omit more reliable sectors that could see substantial growth as the baby boomer population ages, such as health care – which is absent from both millennial-focused ETFs, Mr. Berman says.

“That’s a big miss of an important growth area for the future,” he says. “Let’s not ignore the retiree population because that’s equally as powerful in terms of discretionary spending. Concentrating your portfolio in consumption is fine, but not just for the millennial block.”

Beyond broader millennial-focused ETFs, niche thematic funds that zero in on specific sectors like artificial intelligence, autonomous vehicles and lifestyle and entertainment would align with generational interests, Ms. Haakons says.

Funds that follow the millennial shift, such as the PowerShares Dynamic Leisure & Entertainment (PEJ), GlobalX Autonomous & Electric Vehicles ETF (DRIV) and The Organics ETF (ORG), bet on the rising popularity of changing consumer habits among people in their early-20s to late-30s. And investing based on interests makes investing more palatable for novice millennial investors, Ms. Haakons says.

“There is an ETF for everything – luxury goods, gaming, cannabis, CBD-related therapies and pets,” Ms. Haakons says. “You can start investing by finding a fund of something that you’re interested, which is a lot easier than 10 years ago when I was talking to people about just finding a company that you’re interested in, which is a lot more volatile and riskier than an ETF.”

But over-eagerness in thematic investing leads to overconcentration in certain sectors, and that could be catastrophic for an investor, Mr. Berman says. The success of narrow technology funds will ultimately depend on which sector, such as robotics and blockchain, garners the most adoption over time. Meantime, share prices will fluctuate dramatically.

“You’ll have companies that make it and those that don’t,” Mr. Berman says. “So you talk about technology, but is it an Uber, and Amazon or an AI company that is going to actually reduce jobs and change industries. There’s a lot to think about within the whole sphere, so make sure you’re diversified and don’t make a big bet on one theme.” 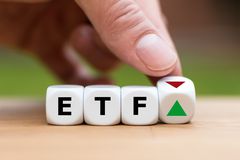