A new type of exchange-traded fund offering shelter from losses while still reaping the gains of a market rally provide investors with an option to buck volatility, but comes with more complex considerations.

Instead of purchasing stocks, defined-outcome ETFs use options contracts to track an index over a year. The funds are designed to buffer against losses, but there is also a cap on gains.

For example, the Innovator S&P 500 Buffer ETF – February series (BFEB) provides investors with shelter from declines up to 9 per cent before fees. If the market drops by more than the buffer, then the investor loses money; however, the fund also can’t climb by more than 13 per cent from its starting point over 12 months.

The S&P 500 rose 21.6 per cent over the past year as of Feb. 3, according to Bloomberg. But with continuing global trade tensions, coming U.S. elections and concerns over a potential market correction, investors will look to reduce their exposure to volatility beyond standard fixed income products, says Karl Cheong, head of distribution at First Trust Canada.

“We’re in the longest bull market in history,” Mr. Cheong says. “There are some good gains that investors have achieved over the last decade that they’re looking to protect – especially baby boomers and older generations.”

Innovator Capital Management, co-founded by Bruce Bond who helped build PowerShares into one of the largest independent ETF providers, launched the first defined outcome ETFs with three buffer levels at 9 per cent, 15 per cent and 30 per cent.

First Trust Canada followed, launching its own defined outcome ETFs that track the SPDR S&P 500 ETF Trust (SPY) with a currency-hedged fund listed on the S&P TSX. It uses flexible exchange options that reference the price return of the underlying ETF and include equity or index options. The First Trust Cboe Vest U.S. Equity Buffer ETF – November series (NOVB.F), released last week, buffers against 10 per cent of losses and caps gains at 8.6 per cent.

“They were something of a surprise hit,” says Daniel Straus, vice-president of ETFs and financial products research at National Bank Financial Inc. “The first few ETFs in this series from Innovator attracted a couple $100-million into each one.”

The concept has been around for a while in the form of structured notes that offer returns linked to stocks, bonds, currencies, commodities or indexes, while shielding against losses. But the product is more complicated to navigate than ETFs, which are easily traded and have a constantly updated price that investors can track individually. On the other hand, structured notes are issued by banks and sold by financial advisors, and can be more difficult to buy and sell and tend to be more expensive than most ETFs.

But defined outcome funds are less straight-forward than most ETFs. Each month, Innovator launches a fund – named for the month – with a new cap and buffer for 12 months, determined by how the market moves. Each fund resets at the end of the year. First Trust’s defined outcome ETFs follow a similar method, but are launched quarterly with plans to introduce a monthly series. Most of Innovator’s funds have an expense ratio of 0.79 per cent, and First Trust’s are 0.85 per cent.

In buying into these ETFs, investors are giving up two streams of returns, one of which they don’t always notice immediately, Mr. Straus says. Fund holders are forgoing any returns over the cap, as well as the dividend yield. Unlike most index ETFs, defined-income funds track the price of an index only, leaving out the dividends. Moreover, these funds carry above-average management fees.

“You have this triple-whammy to contend with,” Mr. Straus says. “Slightly higher fees, forgone yield and limited upside.”

In giving up on potential gains for some downside protection, Mr. Straus says there are two types of investors who should consider these ETFs; investors with very high loss aversion and those with a bearish view of markets over the short-term.

“These kinds of ETFs offer [more certainty], but they don’t get rid of certainty completely – far from it,” Mr. Straus said. “They trade one kind of certainty for another. The behaviour of these options in the interim periods between the reset dates is itself rather complicated and there are definitely other elements of upside that you need to give up to enter into a product like this.”

But investors are increasingly looking for options to hedge against risk, and the demand will rise for products that reduce exposure to market volatility, Mr. Cheong says. He notes investors have already pivoted toward fixed income and are looking for ways to shelter their investment from a potential market downturn without further reducing positions in equity.

“Last year, people went into 2019 with a very defensive stance, so cash and fixed income products raised all the money,” Mr. Cheong says. “But it’s been overbid, so now they’re looking for alternatives.”

Small caps are expected to outperform in 2020. Here are five ETFs for investors making that bet
January 15, 2020 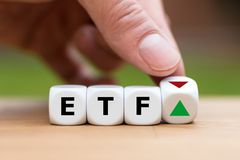