While Hamilton-based Wickham Investment Counsel Inc. doesn’t anticipate a recession in the near term, “market noise” is causing enough uneasiness among investors that they are turning to lower-risk investments, according to portfolio manager Sean Pugliese. Wickham started increasing its exposure to fixed income by about 5 per cent in the spring after the December stock sell-off sparked concern.

“People were nervous, especially after the correction in the fourth quarter of 2018,” says Mr. Pugliese. “About three to six months into the year, we had just recouped what we had lost, and people were feeling like they didn’t want to go through that again.”

If an investor is growing worried about the possibility of a recession, then they should decrease their equities exposure gradually and reposition toward sectors that tend to provide more shelter during a downturn, according to Craig Ellis, vice-president and portfolio manager at Oakville-based Bellwether Investment Management Inc.

“You’re looking to play defense and try and protect capital in your portfolio,” Mr. Ellis says. “You’re not likely to get gains in too many stocks in a recession environment, so you want to increase the defensiveness of your stock portfolio.”

It means moving away from cyclical industries where revenues fluctuate depending on the state of the economy and opting for those that tend to benefit from falling interest rates, such as consumer staples, health care, utilities and telecommunications, Mr. Ellis says.

In consumer staples, he points to the iShares S&P/TSX Capped Consumer Staples Index ETF (XST) and the Vanguard Consumer Staples ETF (VDC), which hold large food retailers, such as Alimentation Couche-Tard Inc. and Procter & Gamble Co., that he says “aren’t as worried about the business economic cycle.”

Since the health-care sector in Canada is relatively small, with the S&P/TSX health-care index made up of only 10 companies, Bellwether uses the Vanguard Health Care ETF (VHT), which holds large U.S. equities such as Johnson & Johnson Inc. and Pfizer Inc.

Similarly, investors would need to look beyond Canada’s six publicly traded telecommunications companies to find an ETF in this sector, such as the iShares U.S. Telecommunications ETF (IYZ), which holds Verizon Communications Inc. and AT&T Inc.

But investors should carefully screen telecommunications ETF holdings, Mr. Ellis says. The sector was reclassified last year as “communication services” and added companies that were previously grouped in technology, such as Facebook, Inc., Netflix, Inc. and Google parent Alphabet Inc. – which could make the ETF less attractive during a market correction.

“Those ETFs pick up some of the social media and tech types of stocks, which wouldn’t tend to do very well in a recession,” Mr. Ellis says.

While BMO Global Asset Management is still “moderately positive” on equities even as recession concerns continue, Mark Raes, head of product, says investors looking to de-risk their portfolio should opt for low-volatility ETFs while maintaining equity exposure to avoid missing out on any potential gains.

“People are looking for something that mutes market risk, which is exactly what low-volatility is constructed to do,” Mr. Raes says. “It’s meant to capture most of the upside with a clear reduction in the downside so that in the end, you come out further ahead.”

“If there is a recession and the market corrects, these low volatility stocks won’t be impacted as much, and they tend to be higher quality,” Mr. Pugliese says. 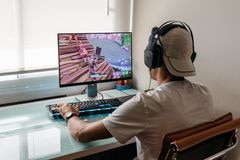