With the global economy showing signs of faltering, gold is having a moment.

The price of bullion has risen to its highest level in more than six years as several gold-positive forces have aligned all at once: the rising toll of the U.S.-China trade war on global growth, the sudden loosening of monetary policy, the plunge in bond yields and the volatility rocking stock markets this summer.

On Wednesday, gold lived up to its reputation as a haven during bouts of heightened investor fear, as the worst day for the Dow Jones Industrial Average so far this year saw the gold spot price rise as high as US$1,524 an ounce.

But beyond gold’s appeal in times of turmoil, the key to the yellow metal’s latest streak may lie in a relatively recent phenomenon – negative interest rates.

One of the criticisms traditionally levelled against gold as an investment is that it pays no yield.

“In the current environment, neither do government bonds,” Ian de Verteuil, head of portfolio strategy for CIBC World Markets, said in a note.

“In a world of negative real rates, the opportunity cost of owning gold is remarkably low.”

Though negative rates have yet to reach across the Atlantic, risk-free bonds in the United States and Canada are still yielding less than zero after factoring in inflation.

Many gold bugs are starting to anticipate a return of the commodity’s glory days.

Most of the past decade, however, has not been kind to gold investors, as years of strong U.S. equity gains and relatively little volatility made gold a perennial underperformer.

Gold mining companies have done even worse than the commodity. Even after the recent rally in gold stocks, the S&P/TSX Composite Gold Sub-Industry Index is down by 50 per cent from its 2011 peak. Barrick Gold Corp., the world’s second-largest producer, is trading at about the same share price as in the early 1990s.

But it’s a mistake to let one of the longest bull markets in history permanently distort one’s perceptions, said Mike Philbrick, president of ReSolve Asset Management.

Gold has outperformed equities at times in the past, and it will again, Mr. Philbrick said.

“We've had a decade where the ubiquitous 60/40 portfolio has treated people very well,” he said. “And that has caused folks to abandon things like gold and commodities as allocations in their portfolios.”

Many economists and analysts are seeing good reason to think gold’s run can continue.

German data released on Wednesday showed that Europe’s largest economy contracted in the second quarter, in part as a result of the fallout from the trade dispute between the U.S. and China.

“The trade war is affecting gold not merely via other assets and the pressure on Fed policy, but also through economic risk itself,” Christopher Louney, commodity strategist at RBC Capital Markets, said in a note.

“How this trade war continues to unfold and possibly evolve presents a clear, present, and gold-positive danger.”

Contra Guys: This gold stock has nearly tripled over the past two years, and we think there are more gains to come Subscriber content
August 13, 2019 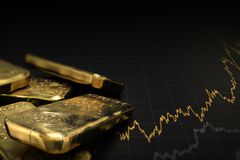 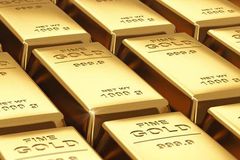 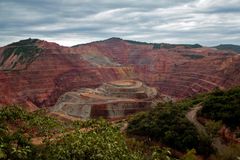