Chris Kotowski, who has covered United States bank stocks on and off for more than three decades, acknowledges that some investors don’t like the sector, for some good reasons. “These are highly levered, heavily regulated, cyclical commodity companies with a history of blowing up every decade or so.”

And, as they say in the United States, “Aside from that, Mrs. Lincoln, how did you like the play?”

This does not stop Mr. Kotowski, an analyst for Oppenheimer & Co., from recommending the sector, which kicks off its second-quarter earnings season Friday. But after a serious slide in bank share prices in June, which has reinforced the sector’s discount to the broader U.S. market, a question arises: Is this a buying opportunity, or are these shares permanently out of favour?

Certainly, it did not seem that way for more than a year; the strengthening U.S. economy has led to increases in the country’s interest rates, typically good news for banks that can move quickly to charge more for loans. With the election of Donald Trump in 2016, and the anticipation and then delivery of a significant tax cut, bank shares rebounded from multi-year doldrums.

Bank stocks peaked in February, however, and have had some true dog days as we’ve moved into summer. The S&P Financials Index had a 12-day losing streak in June, the longest on record. During that stretch, investors pulled nearly US$1.8-billion from the Financial Select Sector SPDR Fund, about 6 per cent of its total market cap.

Now, Mr. Kotowski says, banks are at a discount to their normal discount. By his math, bank stocks historically trade at a price-to-earnings ratio of 73 per cent to 78 per cent of the market P/E, and they sat at 64 per cent of the market as the nation celebrated the July 4 holiday. Other analysts share similar numbers.

“Bank balance sheets are probably less risky than any time in the past 30 years, perhaps ever,” he says, arguing that banks should revert to their historical levels because earnings have actually been more predictable than the market, while also being poised to grow slightly faster than the market. Returns are rising, he adds.

Still, it seems, there are a couple of problems with interest rates that seem to be the primary culprits in the current weak interest in bank stocks.

One is a newfound focus on what’s being called “deposit beta,” or the proportion of changes in interest rates that banks pass along to their customers in the form of higher rates on deposits. The conventional wisdom has always been that in a rising-rate environment, banks can raise rates on their loans, boosting income, more quickly than they need to adjust deposit rates upward, hurting their costs.

Of course, some of those rising rates will eventually get passed along – deposit beta – and that may provide a timing mismatch. Deposit beta has been trending the wrong way; in a June report, analysts at S&P Global Market Intelligence said the number averaged 19.6 per cent in 2017, but it was 72.5 per cent in the fourth quarter. They forecast 45 per cent for the full year. “Rising deposit betas will limit how much banks’ net interest margins expand in 2018,” they write.

The rate environment is contributing to the concern over bank stocks. The 10-year Treasury yield has been declining and the yield curve is flattening, notes Peter Winter of Wedbush Securities. The yield curve, measured by the spread between the 10-year and 2-year Treasury yields, has narrowed to its lowest level since before the financial crisis. “Although it’s hard to fathom the economy going into a recession in the near term, every recession over the past 60 years has been preceded by an inverted yield curve, which is why investors are so focused on the shape of the curve,” he writes.

Mr. Winter, though, has looked at history – the past two Federal Reserve rate-tightening cycles – and argues that bank stocks rebounded, and then ultimately eclipsed prior peaks, even as the Fed continued to raise rates.

Buying in? Here’s what you could consider buying, according to analysts at RBC Dominion Securities Inc.

RBC analyst Gerard Cassidy says investors should continue to own three types of bank stocks: “Return of Capital” stocks (those that boost dividends and buy back shares), “Risk-On” stocks (a more aggressive belief in the sector’s potential) and “Multiple Revaluation” stocks (banks that should be more favoured as investors warm to their prospects) .

He considers Bank of America and Citigroup to also be “Risk-On” stocks, joined by JPMorgan Chase & Co. and KeyCorp. (KEY). He considers PNC to be a “Multiple Revaluation” stock, joined by BB&T Corp. 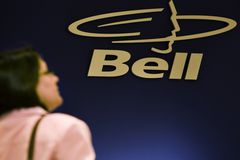 Investors, got a case of the trade jitters? Here’s how to put the risks in perspective
Subscriber content
July 11, 2018 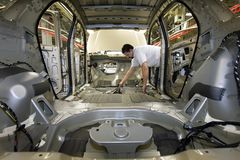 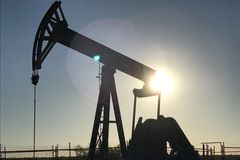