El Salvador declares bitcoin to be legal tender. Half a world away, China arrests more than 1,000 people for using the profits from crime to buy cryptocurrencies. Meanwhile, the Basel Committee, an international forum for financial regulation, suggests draconian new regulations aimed at discouraging banks from speculating in digital tokens.

It has been a busy week for cryptocurrencies. Consider it a taste of more tumult to come.

On the one hand, the regulatory backlash against crypto is gathering force in much of the world. On the other hand, El Salvador’s announcement demonstrates the continuing appeal of digital assets for people who are looking for ways around the global financial order.

Who is winning in this showdown? For now, no one. While both crypto boosters and crypto skeptics have been declaring victory, it is far from clear who is actually pulling ahead. In an odd twist, what many people perceive to be good news for digital currencies may turn out to be bad news, and vice versa.

Take El Salvador’s sudden embrace of bitcoin on Tuesday, which was widely hailed as an enormous boost for crypto. “My guess is that the announcement will have no impact at all,” said Stephen Williamson, a professor of economics and central banking at the University of Western Ontario. He suggests the country’s decision to make bitcoin legal tender will wind up spotlighting the innate weaknesses of the digital tokens – notably that they are a “high cost, highly volatile” asset.

In contrast, the Basel Committee’s suggestions for stiff new rules may turn out to be a mild positive for crypto. In a report on Thursday, the committee urged that banks be required to hold capital equal to whatever exposure they have to crypto assets.

“The Basel Committee has decided that because cryptocurrencies have no intrinsic value and are highly volatile, the risk of total loss is considerable, and banks must therefore have sufficient equity to ensure that a total loss would be borne only by shareholders,” and not by depositors or senior creditors, tweeted Frances Coppola, a British banking commentator.

This should effectively discourage banks from holding cryptocurrencies on their own account. But, noted Ms. Coppola, the proposals still leave the door open to banks acting as custodians for other people’s crypto holdings or trading in crypto assets on clients’ behalf. And the tough new rules do not apply to regulated stablecoins, which are digital tokens that have values tied to fiat currencies.

All of this may actually encourage crypto usage. “Preventing banks speculating on crypto makes crypto safer for everyone else,” Ms. Coppola said.

For now, the practical impact of this week’s announcements is to focus attention on El Salvador, the first country to make bitcoin legal tender.

“It is an experiment the rest of the world should find interesting because it will allow us to see to what degree bitcoin will be adopted as a medium of exchange and not just as a speculative asset when there are no legal impediments to its use,” said George Selgin, director of the Center for Monetary and Financial Alternatives at the Cato Institute, a Washington think tank with a libertarian bent.

He has reservations about the experiment, notably the way it is designed to coerce use of bitcoin. Among other provisions in El Salvador’s new English-language bitcoin rules is a requirement that anyone selling goods or services must accept bitcoin unless by “evident and notorious fact” they do not have access to the necessary technology.

This goes much further than most countries’ legal tender laws. In Canada and the U.S. for example, laws require that people accept domestic bills and coins for settlement of debts, but impose no requirements that they accept cash for transactions. Businesses are free to set the conditions under which they will sell their products because no debt has yet been incurred. A fast-food restaurant, for instance, can decline to accept $100 bills or larger denominations.

El Salvador’s far more intrusive law does not seem to jibe with bitcoiners’ professed desire for freedom, Mr. Selgin said. Neither does the country’s plan to set up a national network for allowing merchants to transact in bitcoin and then instantly convert their crypto into U.S. dollars. If the plan succeeds, much of the country’s bitcoin transactions are likely to flow through a government-run counterparty.

“So all the pseudonymity, all the decentralization features that are much lauded by bitcoin purists may wind up being sacrificed in the name of making it easier for people to take up bitcoin,” Mr. Selgin said.

On a practical level, it is not clear what incentive people would have to use bitcoin, he added. True believers who think the price of bitcoin is going to the moon won’t want to part with it. Those who are more skeptical about its future have little reason to acquire it.

So why is El Salvador pushing bitcoin with such ferocity? Mr. Selgin speculates that politics may be a factor. El Salvador effectively adopted the U.S. dollar as its currency 20 years ago. As tensions have grown between Washington and Nayib Bukele, El Salvador’s authoritarian President, so has the possibility that the U.S. could find ways of using the country’s dependence on greenbacks to impose sanctions. Bitcoin could provide the country with a backup option.

A more mundane explanation for El Salvador’s turn to crypto is that Mr. Bukele is simply attempting to attract bitcoin investors and bitcoin miners to his country. In recent days, he has touted the idea of using geothermal energy from El Salvador’s volcanoes to power bitcoin mining operations.

It is a notion that faces some practical obstacles. Most bitcoin mining takes place in cold climates because of the tremendous amounts of heat generated by mining computers, said Prof. Williamson, the economist at Western. El Salvador, of course, is anything but chilly. “They better be counting on a lot of air conditioning,” he said. 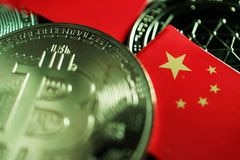 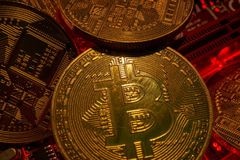 Bitcoin slumps 8% as it heads for bruising monthly drop
Subscriber content
May 28, 2021 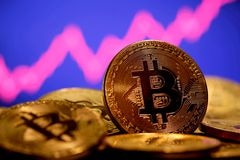