Looking for a place to hide amid rising trade tensions between the United States and China? You’re in good company. The wealth-management division of UBS Group AG recognizes that the current bout of market volatility could last, and is taking a dramatic shift in its sector allocation.

Zurich-based UBS is taking a more defensive position, raising its exposure to U.S. consumer staples and real estate stocks, and lowering its exposure to energy and technology, given those sectors’ close association with the global economy.

“Until we see stabilization in the economic or earnings data, or a material change in the U.S.-China trade conflict, we do not regard the current environment as conducive to taking on outsized risk,” Mark Haefele, chief investment officer at UBS Wealth Management, said in a letter to clients.

Mr. Haefele expressed his views before Friday’s escalation in the trade war between the United States and China, which rattled markets.

The S&P 500 was down more than 68 points or 2.3 per cent in afternoon trading on Friday, after China announced US$75-billion in retaliatory tariffs on U.S. goods. U.S. President Donald Trump responded with a flurry of tweets that suggested he was not going to back down.

“We don’t need China and, frankly, would be better off without them,” Mr. Trump tweeted, raising concerns over further escalation in a trade conflict that has weighed on the stock market and lowered expectations for global economic activity.

Indeed, the U.S. government bond market is signalling that a U.S. recession could be in the works.

The trade tensions could subside, of course. And the U.S. Federal Reserve lowered its key interest rate last month in order to spur economic activity and head off a downturn.

But UBS is taking action nonetheless.

Globally, it is removing its overweight position in emerging-market and Japanese stocks. And it noted that European stocks appear to be particularly vulnerable to a spillover of the U.S.-China trade conflict.

That leaves U.S. stocks looking relatively attractive compared with the rest of the world – but here, too, UBS is shifting its allocation.

“Given current sector valuations, rising macro risks, geopolitical uncertainty and expected elevated market volatility, we shift our sector strategy to a more defensive stance favouring sectors most leveraged to a healthy U.S. consumer and reducing exposure to sectors most exposed to the global economy,” Jeremy Zirin, UBS head of equities Americas, said in a note.

He’s raising his allocation to consumer staples to “moderate overweight,” given that this is a defensive sector that investors will turn to for stable cash flows, especially now that many large-cap companies have managed to raise prices successfully.

Mr. Zirin is also raising his allocation to real estate to “neutral.” The sector has a negative correlation to long-term interest rates, with share prices rising as bond yields decline – which should bode well for the sector even if bond yields remain low.

“Moreover, similar to our upgrade of the consumer staples sector, real estate should act as a safe haven for investors in a volatile market environment. However, relative valuations for the sector appear somewhat elevated, leading us to a neutral position,” Mr. Zirin said. 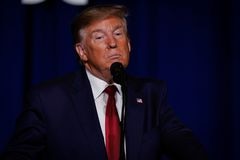 China strikes back at U.S. with new tariffs on US$75-billion in goods
Subscriber content
August 23, 2019 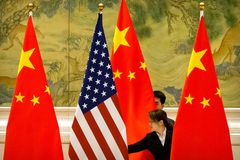