Then push aside your sympathy and consider buying this nose-diver, because its fortunes can change in a blink. Wednesday’s 16-per-cent rally, when the overall market was deep in the red, provided an early indication of what can happen when the market recognizes a good deal.

AutoCanada is an Edmonton-based car retailer that operates through 63 dealerships across Canada and, following its recent $110-million acquisition of Grossinger Auto Group, in Illinois.

But the company is struggling amid a wave of bad news and dismal numbers.

In its second-quarter results, released last week, AutoCanada reported a loss of $41.4-million after announcing a $44-million writedown associated with the Grossinger acquisition – an unexpected setback given the deal was only announced in March.

“The company has revised downward its future profitability projection for this acquisition primarily because store quality was lower than expected and will require more time to realize needed improvements,” management said in its financial report.

But operations also struggled. The number of new vehicles sold declined 6.9 per cent, year over year, while operating expenses jumped 14 per cent. The gross margin (or revenue minus the cost of sales) on new vehicle sales shrank to 5.9 per cent from 6.9 per cent.

Debt levels have been climbing, to the point where total debt relative to adjusted EBITDA (earnings before interest, depreciation and amortization) is 3.71 and closing in on the company’s debt covenants.

“By our calculations, leverage should trend lower in coming quarters. However, there is little room for execution error,” Steve Arthur, an analyst at RBC Dominion Securities, said in a note.

There’s more. Following a recent strategic review by the company, Steven Landry stepped down as chief executive officer and Christopher Burrows resigned as chief financial officer, no doubt in reaction to the company’s poor results and feeding uncertainty over AutoCanada’s direction.

The view outside AutoCanada is hardly sunny either. U.S. vehicle sales declined 1.8 per cent in 2017, ending a seven-year growth streak and raising concerns that the North American cycle has peaked as interest rates rise. Sales fell 3.1 per cent in July.

AutoCanada is calling the decline a correction, and cites analyst predictions that it could last two years because of a saturated U.S. market. The company expects that Canada is poised for a slight correction as well.

Meanwhile, the trade spat between Canada and the United States could hit the market harder if both countries impose duties and the cost of vehicles rises.

These would be flashing warning signs if AutoCanada’s share price were strong. But it isn’t, which is why the stocks looks like a compelling opportunity.

After touching a record high of more than $90 in mid-2014, when all analysts were bullish on the stock with average price targets of about $100, the shares have since withered.

The price dipped below $11 on Friday, following a 27-per-cent decline, and the shares have been sliding since then. They closed on Tuesday at $10.05, after recovering from a dip earlier in the day, for a year-to-date decline of 56 per cent.

So why stick your neck out and buy the stock now?

The declining share price strongly suggests that the bad news is baked in. The shares trade at just 9.1-times estimated earnings, according to Bloomberg, down from a high of 49-times earnings in 2014. Similarly, the shares have a low price-to-book ratio of just 0.6.

But good news, which would likely spark a sustained rebound, could come from a number of sources.

New management is one: Effective leadership will shake things up, which is a good thing when things aren’t going well. Look for moves by Michael Rawluk, who arrived as president in June after serving as chief operating officer at Winnipeg-based Birchwood Automotive Group, a network of automotive dealerships; and Bill Berman, the former president and chief operating officer at Florida-based AutoNation Inc., who will oversee AutoCanada’s U.S. operations.

Lastly, any improvement in the operating environment will surely soothe rattled investors. Trade tensions could blow over, since neither country will benefit from higher vehicle costs.

And while vehicle sales are down, they could easily stabilize amid very low unemployment rates in both Canada and the United States.

In retrospect, AutoCanada shares were a terrible deal at $90 in 2014. At their current, deeply depressed priced, they’re worth a closer look.

A shakeup at AutoCanada looms - and investors are poised to benefit
Subscriber content
June 18, 2018 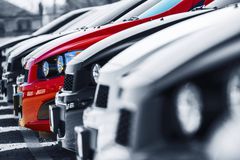 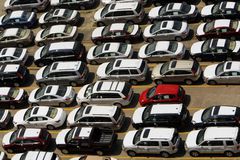