The bond market is signalling trouble ahead for the economy, weighing on Canadian bank stocks that are already facing high consumer debt levels and a wobbling housing market.

Yes, these are uneasy times. But the best bet for bank investors is to stay put.

It often signals that a recession is brewing. Though not infallible, an inverted yield curve has preceded all of the past seven recessions. The last time the yield curve inverted, between 2006 and 2007 (when two-year bonds also yielded more than 10-year bonds), the Great Recession followed within a year.

The Canadian yield curve also inverted Friday, and remained so as of late Tuesday, portending a similarly gloomy outlook for the economy. Since banks borrow at short-term rates (in the form of deposits) and lend at long-term rates, a flat or inverted yield curve can compress profit margins on loans and weigh on bank profitability. Worse, if a recession follows, then traditional banking activities can dry up.

“The immediate impact is margins,” John Aiken, an analyst at Barclays Capital, said in an interview. “But I think what’s more worrisome is the implication that the economy is going to move slower, and therefore you’re going to see lower lending volumes.”

What a shift. As recently as November, yields on 10-year bonds were marching higher as the U.S. Federal Reserve and the Bank of Canada were in the midst of raising their key interest rates in anticipation of robust economic activity.

Now, 10-year yields are well off their recent highs and financial markets anticipate that rate hikes by both central banks are on hold, perhaps indefinitely.

So why hold onto your Canadian bank stocks?

For one thing, for all the gloom in the bond market, there is actually not yet a clear signal of an approaching recession.

Ed Yardeni, president of Yardeni Research Inc., pointed out this week that the signal from an inverted yield curve works better the longer it stays inverted. (Mr. Yardeni was formerly an economist at the Federal Reserve Bank of New York and chief investment strategist at Deutsche Bank and Prudential Equity Group.)

Though the three-month U.S. T-bill yielded more than the 10-year bond again on Tuesday, the inversion is still just days old. What’s more, Mr. Yardeni noted that other indicators suggest the economy is holding up: For example, the spreads between yields on safe Treasury bonds and riskier high-yield bonds are narrowing and coincident economic indicators point to a continuing expansion.

Even if a recession is coming – and for all we know, it could be a mild one – its arrival could be delayed by a year or more.

“Prior to the last seven recessions, the yield curve inverted with a lead time of 55 weeks on average, with a high of 77 weeks and a low of 40 weeks,” Mr. Yardeni said in a note.

What’s more, bank stocks are already reflecting uncertainty. The shares, on average, have retreated about 1.5 per cent since Friday morning. Though prices have recovered from a sharp sell-off late last year, when the stocks traded at their lowest valuations since the depths of the financial crisis, the stocks have essentially zigzagged for the past two years.

According to Bloomberg, Canadian bank stocks trade at just 11-times trailing earnings (on a per-share basis), down from a price-to-earnings ratio of 13.6 in early 2017. That’s pretty cheap.

“Bank valuations are low globally and in Canada, so a lot of negative news is already priced in,” Robert Wessel said in an e-mail. Mr. Wessel is managing partner of Hamilton Capital, a Toronto-based investing firm that focuses on global financial services.

He added: "The most important causes of a credit cycle are largely absent, the most important ones being a central banker pushing up rates determined to defeat inflation or an asset bubble bursting."

Not convinced? Then consider the downside risk of holding onto your bank stocks: It’s not that bad.

Even if you had bought, say, Royal Bank of Canada at its highest point prior to the financial crisis – that would be May 24, 2007 – and held on through the sharp drop that followed, you would be up more than 68 per cent today, or 168 per cent with dividends.

That’s a nice return, considering the awful timing and the severe dip in 2008. The inverted yield curve is raising a lot of questions today, but staying invested is likely the best response. 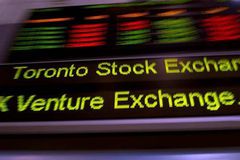 Why Canadian bank investors should shudder with each rate increase Subscriber content
July 11, 2018 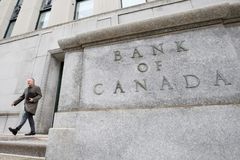 For Canadian bank investors, it's bonds that have been providing the best returns
September 4, 2015 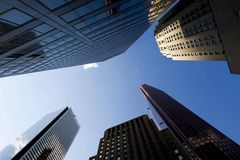