Over the past decade, the path to market riches ran straight and narrow. It consisted of buying U.S. stocks and shunning everything else.

Anyone who followed an all-American strategy did splendidly. Since July, 2010, the S&P 500 benchmark of large U.S. stocks returned an eye-popping average of 14.3 per cent a year, dividends included.

Over the same patch, Canadian stocks generated a piddling 3.9-per-cent total return. Meanwhile, the entire group of developed markets outside the United States managed to squeak out only 5.8 per cent. (All returns calculated in U.S. dollars.)

The gap in performance was remarkable – but don’t count on it continuing.

This is, to be sure, a matter of relative emphasis, not radical shifts, in stock selection. In the short run, the power of the U.S. tech titans – Alphabet Inc., Amazon.com Inc., Apple Inc., Facebook Inc., Microsoft Corp. and so on – make it unwise for investors to entirely avoid the U.S. market.

However, there is a strong case to diversify more widely.

The most immediate reason is the sputtering U.S. recovery. On Monday, the investment bank Jefferies Group said its index of U.S. economic activity had “clearly flatlined” after a couple of months of improvement.

Eric Lascelles of RBC Global Asset Management echoed that observation in a note Tuesday. “There is now tentative evidence that the U.S. economy may be shrinking again” as infections from the new coronavirus rise, he wrote.

Europe, Japan and Canada all look as if they have a better handle on containing the virus than the U.S. does. Their current advantage may not last, but it does offer a good reason to start thinking about where it makes most sense for a portfolio to be positioned for the years ahead.

“It doesn’t take aggressive assumptions to expect international markets to outperform U.S. markets by 5 or 6 per cent a year over the next decade,” according to William Hester, an analyst at Hussman Strategic Advisors in Maryland.

Valuation is the single biggest reason to expect U.S. stocks to face headwinds in coming years, he writes in a note. On just about any metric, U.S. stocks are considerably more expensive than their international counterparts.

Consider the price-to-sales ratio. This measures how the price of a company’s stock compares with how much in goods or services the company is selling to its customers.

The price-to-sales ratio for U.S. stocks has touched record levels in recent years. It is far above the prevailing levels in Europe or Asia.

The last time such a gap among regions occurred, in the late 1990s, it was violently reversed over the next few years, with Asian and European stocks doing significantly better than their U.S. counterparts. A similar reversal could happen over the coming years.

Skeptics will point out that the valuation gap may simply reflect the mix of different industries that each index represents. The U.S. market has an unusually high level of technology and consumer-discretionary companies. These tend to be priced more highly than the banks and factories that used to dominate many European and Asian stock indexes.

But will that be enough to sustain the lofty multiples of U.S. stocks? Mr. Hester argues no.

Bank stocks make up far less of European and Asian benchmarks than they once did, he says. Meanwhile, health care and consumer-staples companies are a growing presence in non-U.S. indexes. The shifting mix of firms suggests the valuation of global stock markets should be converging, not diverging.

If anything, the U.S. market now looks to be more vulnerable to economic disruption than its international counterparts, Mr. Hester says. Its outlook hinges on a relatively small number of technology and communication companies, most of which trade at exceptionally high prices.

“Now that technology and communication services have grown to nearly 40 per cent of the U.S. index, and trade at large valuation premiums relative to history, the unbalanced-sector risk has shifted to the U.S. market,” Mr. Hester writes.

Other market risks are also gathering force in the U.S. The U.S. presidential election this fall seems particularly momentous. A win by presumptive Democratic challenger Joe Biden could result in a reversal of Donald Trump’s massive tax cuts. It may also result in new legislation that would hurt profits at health care and energy companies, among others.

The biggest single reason for investors to remain optimistic about U.S. stocks is the near certainty of vigorous support from the Federal Reserve in the form of low interest rates and buying programs for troubled assets. But even that may not be enough to send stock prices higher.

“We think that stock markets will remain rocky in the second half,” says Tobias Levkovich, a strategist at Citigroup. On Monday, he raised his target for the S&P 500 to 2,900 from 2,700. But that still leaves it well below the 3,160 level at which the benchmark is now trading. Investors may want to start looking outside the U.S. for markets with more potential. 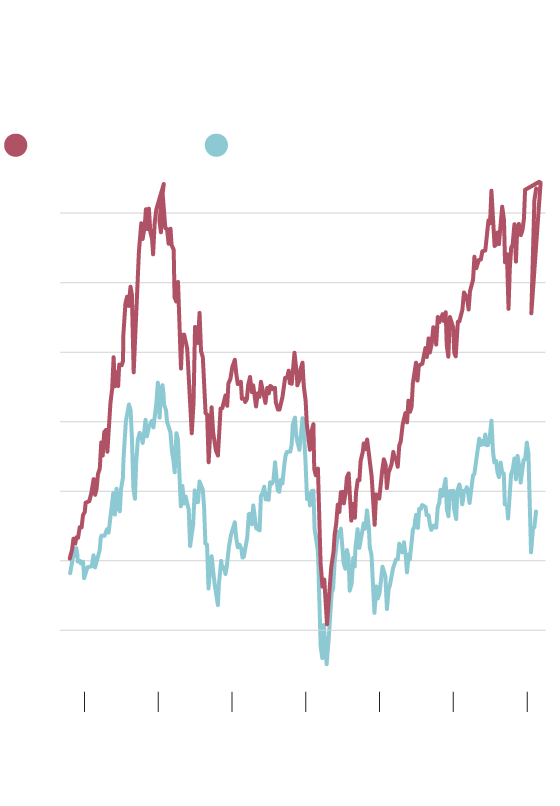 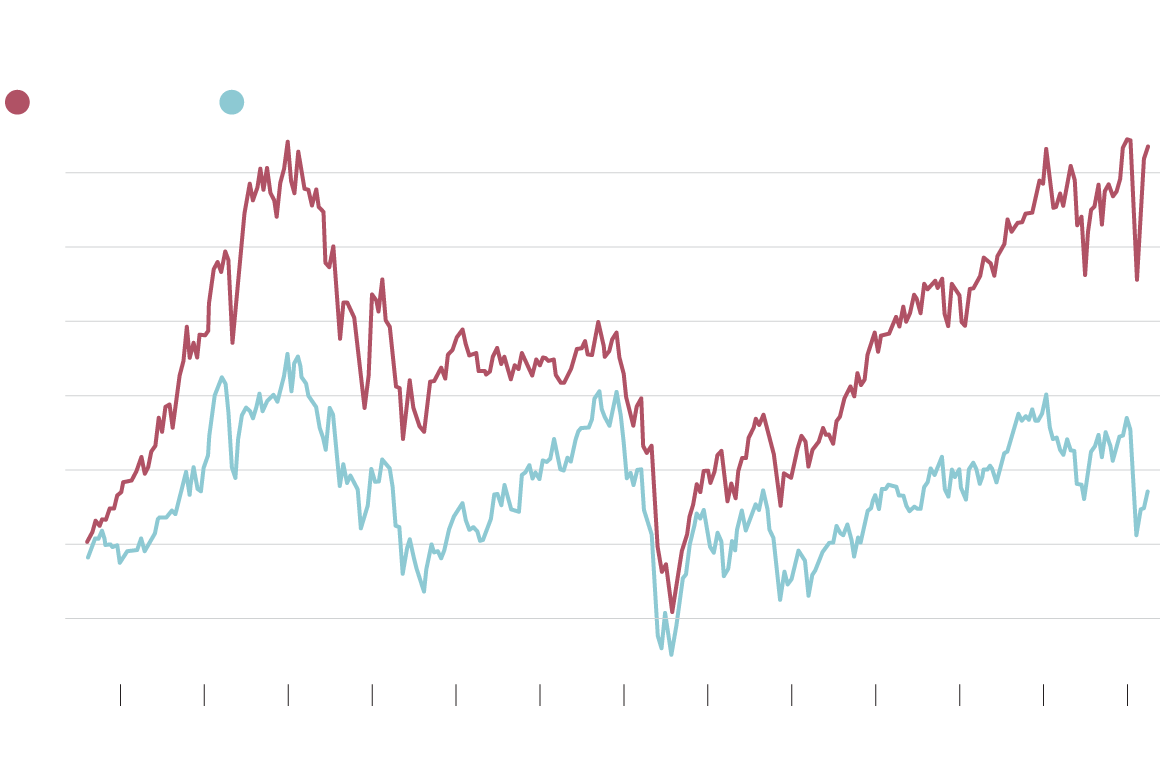 Blue-chip dividend strategy, overlooked income stocks and rest of 2020 market predictions: What you need to know in investing this week
Subscriber content
July 5, 2020