The list of equity analysts’ top Canadian stock picks for 2020 goes well beyond the usual suspects of bond proxies and big banks.

These are stocks with unanimous sell-side support, meaning every analyst covering them has buy recommendations. There are 13 such stocks in the S&P/TSX Composite Index, spanning nearly every sector of the stock market.

While some investors may consider mining this list for buying opportunities, contrarians may want to go in the opposite direction of analysts’ consensus.

Universally beloved stocks tend to be strong recent performers, and the influx of investor money chasing returns can push valuations to the point of excess. Broad negative opinion, meanwhile, can point to stocks that have been overly punished.

Last year, the stocks that analysts rated the highest not only trailed the overall market, but also underperformed the worst-rated names in the S&P/TSX Composite Index.

Either way, the list of the Street’s highest conviction ideas – bullish and bearish – can serve as a good starting point.

For Kinaxis, analysts are not deterred by the stock’s rich valuation – it currently trades at a forward price-to-earnings multiple of greater than 60 times.

The stock’s appeal is enhanced by not only its double-digit revenue growth, but also its strong profitability – a rare combination in the software space.

Aritzia, meanwhile, is one of the hottest stocks in retail, at a time when many bricks-and-mortar chains are struggling mightily.

“With 21 consecutive quarters of same-store sales growth, a robust pipeline of new store openings, healthy balance sheet to support growth and margin enhancement initiatives, and a well-aligned management team, we believe Aritzia is deserving of a premium valuation,” Derek Dley, an analyst at Canaccord Genuity, said in a recent note.

And Knight Therapeutics won over Bay Street with its acquisition of Latin American oncology drug specialist Grupo Biotoscana Investments, which the company announced in October.

“This is the transaction shareholders have been patiently waiting for over the last five years,” Canaccord’s Tania Gonsalves wrote at the time. “It transforms Knight into a truly global player.”

Conspicuously absent from the group of top-rated stocks, on the other hand, are any Canadian banks. But they’re well represented among the stocks that analysts view most negatively.

Of the stocks with 10 per cent or less of analysts recommending them, there are three banks: CIBC, National Bank of Canada and Laurentian Bank of Canada.

Overall sentiment toward financials has deteriorated after two straight years in which the sector has trailed the broader market. For the big banks in particular, investors have grown concerned about rising loan losses, decelerating revenue and a weakening earnings outlook.

Among the Big Six banks, CIBC could potentially feel those pressures the most. “We see a very tough fiscal 2020 for CIBC as we expect the bank’s [earnings a share] to contract modestly,” Mike Rizvanovic, an analyst at Credit Suisse, said in a recent note.

National Bank, meanwhile, has an additional strike against it of having been last year’s best performing stock of the big banks, and by a wide margin. National’s 34-per-cent total return in 2019 has elevated the bank’s valuation to the top of the group’s range and well above its own historical average.

As for Laurentian Bank, its difficult restructuring makes it perennially unloved, as it merges branches and cuts staff to improve profitability, eventually. “The seven-year transformation plan continues and expense levels could be bumpy,” Doug Young, an analyst at Desjardins Securities, wrote in a note.

For some, the pessimism currently surrounding the banks is actually a good sign. And it’s rare for the Canadian banks to lag the market, as they did last year.

“There’s some negative sentiment around the banks, especially from an earnings perspective. We see that as an opportunity,” Mr. Steinberg said. 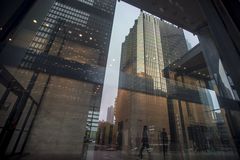 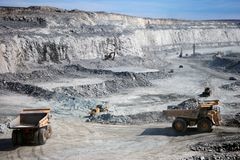 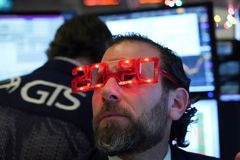