You ask most bulls why they are bullish and they have no clue, really. They’ll tell you bafflegab over fear of missing out. The Fed and other central banks have your back. The Santa Rally never fails. (Sure, like last year?) Hedge funds are being forced to play catch-up and put money to work. Continued support from buybacks.

At the same time, there is a clear divide between the markets and the economy. The relationship has never before been so weak. And it somehow seems lost on a lot of folks that in January, the International Monetary Fund forecast world GDP growth of 3.7 per cent. Today that is down to 3 per cent, the lowest since 2009. The chart of this rally looks a lot like late 2017 and early 2018, but the rally then was premised on U.S. tax cuts and the influence they would have on corporate profits. And even that didn’t last long. But now the rally is 100 per cent from price-to-earnings multiple expansion, ‎because while there is no GDP recession, we’ve been in an earnings recession over the past three quarters. And analyst estimates just keep on coming down as markets continue to be auctioned at ever higher prices.

That is the dichotomy. The stock market, it can be argued, is valued reasonably next to bond yields or the risk-free rate. But it is the very fact that the yield on the 10-year Treasury note sits at 1.74 per cent – lower than it was in last year’s fourth-quarter market meltdown or lower even than it was in the entire 2008-09 Great Recession – that is the big story here. The rates market is telling you that we are in for a decade of very weak economic growth. It may well be that equities and other risk assets continue to ignore this message from the bond market and that continuing central bank liquidity papers over the negative underlying fundamentals. But I would have to think that if this earnings recession isn’t stemmed next year, it will morph into other problems of a political nature, seeing as 2020 is a U.S. election year.

Suffice it to say that with volatility measures back near cycle lows (an indication of investor complacency), a forward P/E ratio near 18 times, all other valuation metrics for the S&P 500 around one standard deviation above historical averages, and an Investors Intelligence poll showing 58 per cent bulls to 17 per cent bears (a danger-zone extreme in overly bullish sentiment), we have the makings of a perfect storm here.

Two final thoughts. One is about what investors should really expect from the market economist. It doesn’t just rest with the “calls” but also the analysis, the information and the thought process. And as for the second thought, I thought it humorous that I am so often introduced as a “bear” or “perma bear." That is the problem in this industry – it often reminds me of kindergarten and all the name-calling. I’ve simply been in this industry too long and seen it all. But I will always adhere to Jim Cramer’s famous line, which is that there is always a bull market somewhere.

So I missed the big multiple expansion-led stock-market rally this year. If this was only about corporate profits, the S&P 500 actually would have declined modestly this year as opposed to an incredible liquidity- and sentiment-driven market. But why do people focus only on one market and, even then, on “major averages” instead of the various components that actually do have alluring characteristics? And as I go back through my calls of the past year – and I’m talking about the bullish calls (from a “perma bear”) – here are the facts:

There’s still a month to go before the year closes out, but if you had evenly split your allocations into these four segments of the various markets, the total 12-month return is just under 20 per cent – with a low “beta” to the S&P 500 and in a diversified format.

That’s why I call myself a “teddy bear.” So everyone can sleep at night. 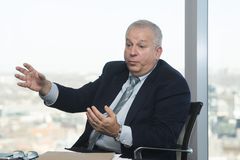 The best-performing investing style of the past decade is also the most reviled
Subscriber content
December 4, 2019 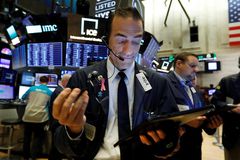