Ian McGugan
Published May 19, 2021 Updated May 20, 2021
For Subscribers
Comments
Text Size
Please log in to listen to this story. Also available in French and Mandarin. Log In Create Free Account

Bitcoin , the digital token that pays no dividends but regularly delivers lavish amounts of drama, is once again testing its investors’ nerves.

The world’s biggest cryptocurrency fell as much as 30 per cent on Wednesday after Chinese regulators warned their domestic financial institutions about accepting cryptocurrencies as payment or offering related services. Over the next several hours, bitcoin clawed back more than half its losses but was still down nearly 10 per cent by midafternoon Eastern Time.

Crypto “is not a real currency” and “should not and cannot be used as currency in the market,” said a statement issued late Tuesday on the Chinese central bank’s WeChat account.

Bitcoin plunged immediately after the warning, bringing back memories of its belly flop in early 2018 when it lost more than half its value. It remained depressed for two years before beginning a new ascent this past summer that saw it sextuple over the next few months.

At US$39,000, its midafternoon price in Toronto, bitcoin is still up more than threefold over the past 12 months. However, it has also lost more than a third of the nearly US$65,000 peak value it reached earlier this year.

The neck-snapping volatility demonstrates one of the challenges with investing in bitcoin. Over the past few years, holding the digital token has meant alternating between euphoria and terror.

Last week demonstrated how fragile some of the crypto’s support can be. Bitcoin sank more than 15 per cent after Tesla Inc.’s founder, Elon Musk, said the maker of electric cars was backtracking on its previous policy and would no longer be accepting bitcoin as payment for its vehicles.

Mr. Musk, who announced in February that Tesla had bought US$1.5-billion of bitcoin, insisted the automaker would not be selling its crypto stash but declared the environmental cost of bitcoin was too great to continue encouraging its use. He added Tesla would reconsider its policy if bitcoin miners were able to shift to more sustainable sources of power and away from coal in particular.

Mr. Musk has never been noted for his consistency. However, his latest change of heart doesn’t seem so much surprising as predictable.

Critics have pointed out for years that bitcoin mining consumes outlandish amounts of electricity, a significant amount of it generated in China by coal-burning power plants that spew greenhouse gases. Tesla, a company that relentlessly touts its environmental virtue, was widely assailed for its hypocrisy when it announced its embrace of the cryptocurrency.

Environment aside, another growing concern for bitcoin investors is the increasing degree of regulation the digital token faces – and for good reason.

Crypto has emerged as a favourite way for cybercriminals to demand payment. DarkSide, the Eastern European hacker group behind the recent Colonial Pipeline ransomware attack, received US$90-million in bitcoin ransom payments before shutting down earlier this month, according to research by Elliptic, a London-based blockchain analytics firm.

To the degree that bitcoin counts eccentric billionaires and international criminals among its user base, it has long been vulnerable to abrupt shifts in value. The biggest immediate threat to its future, however, may be Beijing’s increasingly hard line on crypto activity.

China remains home to about half of the world’s bitcoin miners, but it is tightening its grip on private players who want to offer alternatives to the state’s own currency. It shut crypto trading platforms four years ago. It has also banned initial coin offerings. And late last year it abruptly halted the initial public offering of Ant Group Co. Ltd., which operates Alipay, a digital payments system that is enormously popular in China.

Beijing’s latest warning to crypto advocates, delivered through the People’s Bank of China, refers to the recent surge in crypto prices as “speculation.” Its dismissive attitude contrasts with the increasingly complacent attitude of regulators in Canada and the United States.

Canadian authorities have given the green light to exchange-traded funds that invest in cryptocurrencies. U.S. regulators have permitted the listing of crypto exchanges on public markets.

China’s much harder line probably reflects its plans to introduce its own digital renminbi. The new form of money debuted in a number of citywide trials earlier this year. It is a central bank digital currency, issued and regulated by the People’s Bank. When rolled out more widely, it will give the central bank the ability to track payments in real time, tightening the state’s control over the economy.

Other central banks, including the Bank of Canada, are mulling their own digital currencies. These projects, if they come to fruition, may wind up offering a much higher level of anonymity. They will nearly certainly deliver faster, cheaper ways to transmit cash across borders – which was supposedly one of the initial goals of bitcoin.

(Central bank digital currencies typically envision a system where the central bank maintains the ledger. This avoids the energy-intensive part of bitcoin, which is the competition among rival miners to solve a puzzle and show proof of work.)

The arrival of officially backed digital currencies is likely to affect the demand for private digital tokens such as bitcoin, but it is difficult to predict exactly how or when. Investors should brace for more volatility ahead. While the ultimate payoff from cryptocurrency may be dubious, the drama is guaranteed.

.Be smart with your money. Get the latest investing insights delivered right to your inbox three times a week, with the Globe Investor newsletter. Sign up today.

Tesla shares lag as bitcoin plunges on China crackdown
May 19, 2021 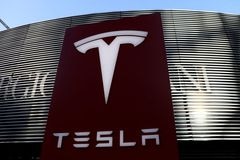 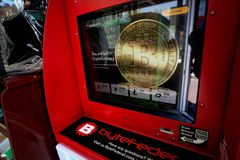 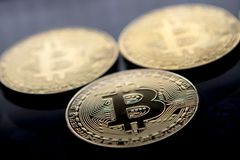