Larry Fink, arguably the world’s most powerful investor, has just delivered his annual letter to chief executives. This year, the chairman of giant money manager BlackRock Inc. used his institutional pulpit to thunder about the mounting dangers of climate change and preach the virtues of sustainable investing.

It is all good, praiseworthy stuff from a company with nearly US$7-trillion in assets under management. Just don’t assume it means a major shift in policy.

Take, for example, Mr. Fink’s announcement that BlackRock’s actively managed funds are in the process of dumping bonds or stocks issued by companies that generate more than 25 per cent of their revenue from thermal coal production.

A naive reader might see that divestiture as an impressive blow for good. More realistically, it amounts to ratifying what the market has already done. Major thermal coal producers have seen their values shrivel as the case against coal has grown. In one glaring example, shares of Peabody Energy Inc., a major U.S. miner of thermal coal, lost three quarters of their value over the past 18 months.

Getting out of such sad sack investments doesn’t amount to a moral awakening. It is simply self-interest. And a bit late at that.

But let’s not quibble. It is still good news to see BlackRock arguing the case for transitioning to a low-carbon economy. It has not always been so forthright.

The investment giant finished 43rd among 48 large fund companies in supporting climate-related shareholder proposals during the 2018 proxy season, according to Ceres, a non-profit U.S. organization that pushes companies and investors to pursue sustainable strategies. According to Ceres’ count, BlackRock voted in favour of such proposals a mere 10 per cent of the time.

So why the sudden shift? It might have something to do with recent protests by climate change activists outside BlackRock offices in New York or London. It may also have something to do with a dawning recognition that BlackRock’s preferred strategy of quiet, behind-the-scenes “engagement” with the management of offending companies isn’t exactly producing a landslide of dramatic results.

Or maybe it has to do with the changing structure of the investment industry. As money has poured into passive indexing strategies, the index-fund triumvirate – BlackRock, Vanguard and State Street – has gained unprecedented power.

Those three companies now control voting rights to an enormous cross-section of the stock market. They collectively own 22 per cent of the shares in a typical S&P 500 company, according to Bloomberg data. Given that many other shareholders don’t vote their own shares, the index-fund giants wield effective voting control over many the world’s biggest companies.

To be sure, the three don’t vote as a bloc. On the other hand, their massive share holdings put enormous power into the hands of a few senior decision makers at the fund giants who decide how those shares will be voted. Because of the growth of indexing, “in the near future, roughly 12 individuals will have practical power over the majority of U.S. public companies,” Harvard law professor John Coates warned in a 2018 paper.

Despite what you may think, this impressive clout isn’t cause for rejoicing among the index-fund giants. In fact, it puts their leaders in an awkward position. On the one hand, they have to be sensitive to any criticism they are misusing their voting muscle to advance a politicized, personal agenda. On the other hand, they don’t want to take flak for coddling do-nothing management resistant to change.

One ingenious way for an index-fund provider to sidestep this dilemma is to let individual investors choose their own level of virtue. Perhaps not coincidentally, fund companies are busily bringing to markets a flurry of funds that choose and weight their investments based on environmental, social and governance criteria – ESG, for short. They allow a person to dial into a fund with an ethical point of view similar to his or her own.

BlackRock appears to be pursuing this strategy with a vengeance. In his letter, Mr. Fink vows to double the company’s offerings of ESG exchange-traded funds to 150 over the next few years. He is also going to introduce ETFs that screen out fossil fuel companies. On top of that, he will work with index providers “to expand and improve the universe of sustainable indexes.”

This is a decent, politically palatable solution that has the additional virtue of giving BlackRock even more products to sell. But it falls far short of BlackRock taking a strong stance on climate change itself. As Mr. Fink notes in his letter, “the transition [to a low-carbon economy] will take decades.” As a result, “the portfolios we manage will continue to hold exposures to the hydrocarbon economy as the transition advances.” If that sounds as if BlackRock would still like to have things both ways, that is because it would. 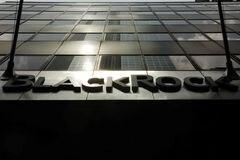 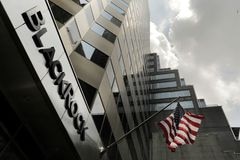 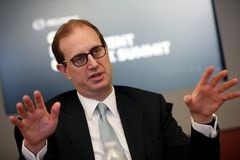