The rapid rise in long-term interest rates in 2021 has many people worried that richly valued equities and bubbly housing markets could be at risk. But, according to Lacy Hunt, economist and senior executive at Hoisington Investment Management Co. in Austin, Tex., it’s just another head fake from the bond market.

Mr. Hunt has quite an impressive track record forecasting the bond market. Yields on long-term Treasury securities have been in a downtrend for more than three decades and all that time the veteran economist has been steadfast in his call for lower rates. His more recent commentary can be found in the Hoisington Quarterly Review, published at Hoisington.com.

Thanks to this contrarian view, Hoisington Investment Management often emerges as a top performer in the bond market. Bloomberg data show that its Wasatch-Hoisington U.S. Treasury Fund returned 20 per cent in 2020 to claim the No. 1 spot among U.S. government bond funds. The mutual fund’s average annual return since the mid-1980s is 8 per cent.

“The current backup in Treasury yields is the 12th I’ve seen since the secular decline started in the 1980s,” Mr. Hunt said in a telephone interview. “Like the previous cases, this most recent one should fade, too,” he adds.

The main problem is over-indebtedness. “The United States, like most other countries, is in a debt trap,” he says. “As the Bank of International Settlements describes it, this is a situation where too much debt weakens economic growth, which prompts the government to issue more debt [for stimulus spending], leading to even more disappointing business conditions.”

Many scholarly studies show that when government debt becomes excessive, the multiplier effect of government spending becomes negative beyond the initial short-term boost, Mr. Hunt said. There is an exception to this rule for government spending on infrastructure, health, education and other productivity-enhancing programs – but on balance there is a drag on economic growth.

According to a 2012 study published by Ethan Ilzetzki and his co-authors in the Journal of Monetary Economics, government debt becomes excessive when it rises above 60 per cent of gross domestic product. At the end of 2020, U.S. federal government debt stood at 127 per cent of GDP.

One of the dynamics at work here is that debt shifts consumption into current periods by taking it out of future periods. Another is that “government spending financed by taxes and borrowing ends up transferring resources from productive uses in the private sector, hindering expansion of the economic pie,” Mr. Hunt said.

Over time, the accumulation of public and private debt in pursuit of growth results in diminishing returns, according to a concept known in economics as production function. “In 1980, each additional dollar of debt generated a rise in GDP of 60 cents but this ratio has dropped sharply to 27 cents in 2019,” Mr. Hunt said.

The U.S. Federal Reserve has responded aggressively to the downturn caused by the COVID-19 virus by lowering its lending rate from 1.5 per cent to near zero, and committing to purchasing billions of dollars of Treasury and mortgage securities every month (among other things). This has injected a tremendous amount of money into the banking system.

“However, monetary policy is no longer a potent tool for stimulating economic growth due to the extreme over-indebtedness of the economy,” Mr. Hunt notes. “The money injected into the financial system is being mostly held as reserves at the Federal Reserve, where it earns interest at 10 basis points. So, it is not circulating into the economy – as highlighted by the 17.7-per-cent drop during 2020 in the velocity of money to the lowest level since 1946 [velocity equals the number of times money turns over in the economy].”

In short, Mr. Hunt says that overheating in the economy and a secular upturn in inflation is not at hand because of the debilitating impact of excessive debt and the losses experienced by individuals and small businesses as a result of the pandemic. Since inflation is the major driver of yields on long-term government bonds, the recent uptick will level off or fall back.

A caveat to this view is the possibility the Federal Reserve Act could be amended by the U.S. Congress to allow the Fed to go beyond its role of lender of last resort to having the capacity to finance government expenditures directly. “If this happens, the reserves held at the central bank would effectively become money available for spending in the economy, thus ensuring increases in the money supply filter into the financial system,” Mr. Hunt said.

The Federal Reserve Act has been amended several times since it was passed in 1913 and it’s possible such a change can be made during these trying times. Indeed, Britain altered the mandate of its central bank along these lines when COVID-19 first broke out a year ago. Current Fed chair Jerome Powell is against such an amendment in the U.S., but his term ends in about a year, and some of the candidates to replace him appear to be more open to the Fed having greater powers to boost the economy.

When rising bond yields will pose a serious risk to stocks. Plus, a setback for emerging markets, and bulls run wild in copper
March 1, 2021 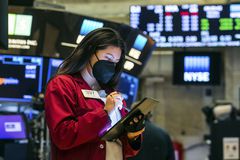 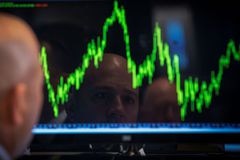