Bond markets are shouting that a U.S. slowdown – maybe even a recession – is nigh. Stock markets aren’t so sure.

Share prices in Canada and the United States continued to lose ground on Wednesday as worries over global trade and slowing economic growth undercut the enthusiasm that reigned earlier in the year. But they remain near their record highs.

The recent selloff could continue, especially if trade frictions between the United States and China heat up. For now, though, the challenge is attempting to sift through the conflicting signals from different financial indicators – especially the gap between a gloomy bond market and a still largely upbeat stock market.

The bond market is usually the leader in identifying economic trends, and it has undergone a rapid shift from optimism to pessimism. The yield on the 10-year U.S. Treasury bond, a widely followed global benchmark, has tumbled from more than 3.2 per cent last November to as low as 2.21 per cent on Wednesday.

Bond yields move in the opposite direction of bond prices, so the downward move in yields amounts to a demonstration of investors’ newfound eagerness to buy bonds, presumably as a buffer against a slowing economy and a possible stock market decline. 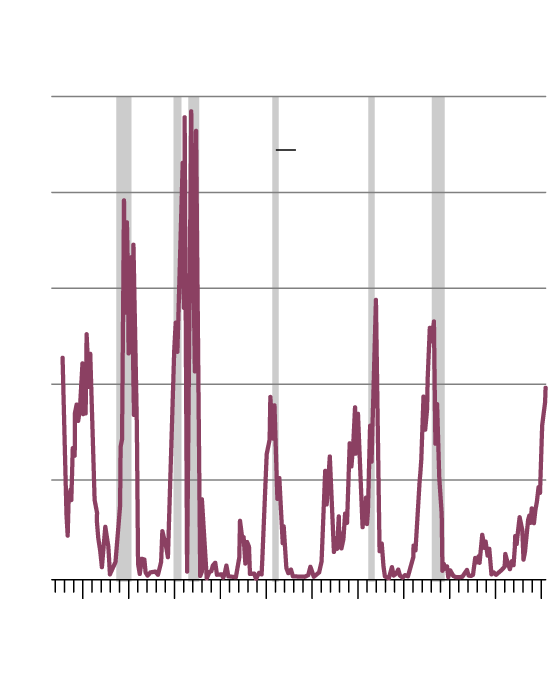 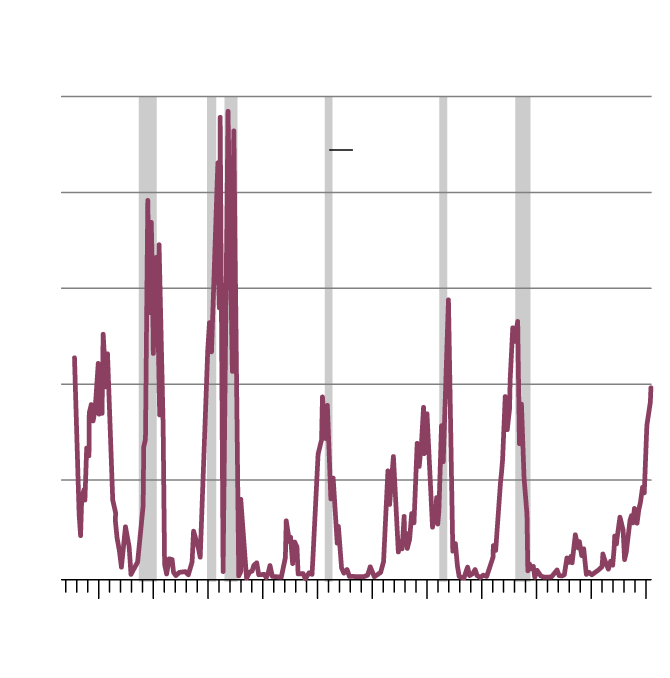 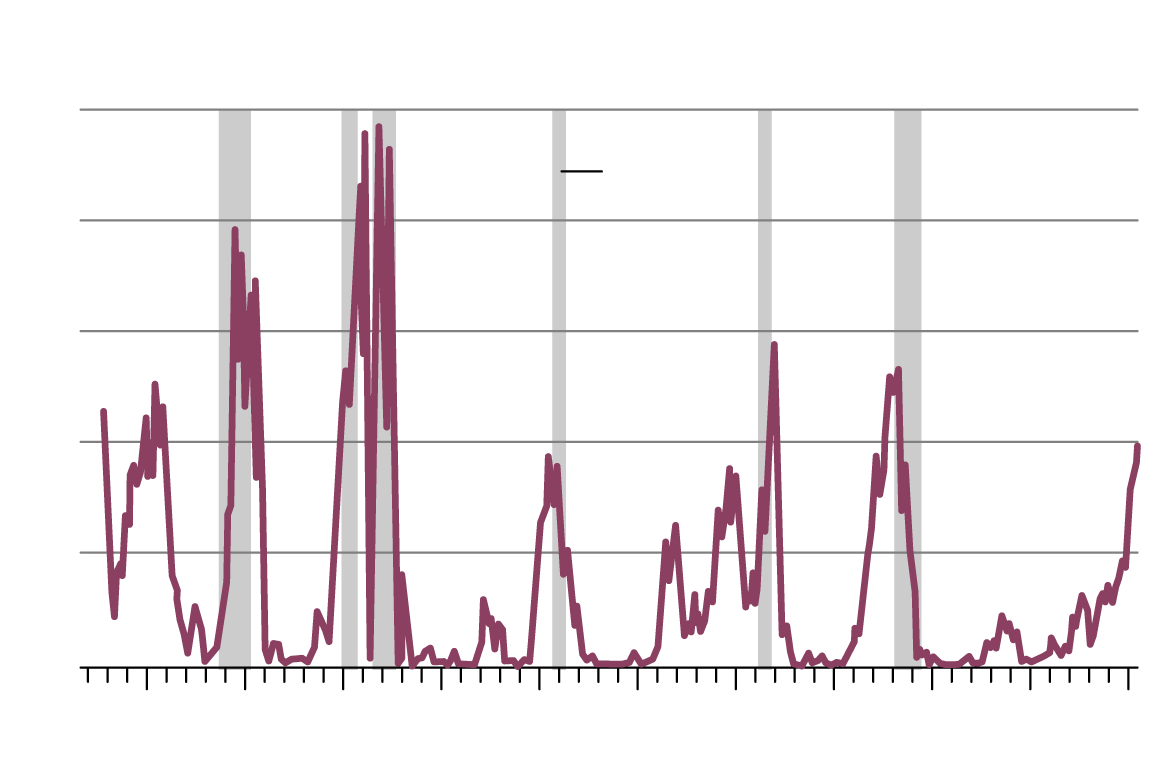 The flight to safety is taking place not just in the United States, but globally. Nearly US$11-trillion worth of bonds around the world are now yielding below zero per cent, according to Bloomberg data. This is the highest amount of negative-yielding bonds since 2016. In effect, an enormous amount of money is now being bet on the proposition that it’s better to own bonds, even at negative rates, than to take on stock market risk in a slowing global economy.

In recent days, the yield on three-month Treasury bills has moved higher than the yield on 10-year Treasury bonds. The spread between the two investments had previously inverted in March, when it did so for the first time since 2007. The repeated inversion sends a worrisome message about the deteriorating economic outlook.

Menzie Chinn, an economist at the University of Wisconsin, estimates the chance of a U.S. recession over the next 12 months has surged to 40 per cent. Given the high level of correlation between economic growth in the United States and Canada, the growing probability of a recession should concern investors on both sides of the border.

So why aren’t stock markets more worried? In the United States, the S&P 500 is still within 5 per cent of its record high, reached this past September, while in Canada, the S&P/TSX Composite is barely off its peak of last summer.

One reason for the relative calm is that stocks don’t appear obviously frothy. Both the S&P and the S&P/TSX are trading at valuations that are only modestly above historical norms. Recent earnings have been generally robust.

If a downturn does lie ahead, the U.S. Federal Reserve appears ready to come to investors’ aid by cutting interest rates. Futures markets are already pricing in three cuts of a quarter percentage point each in the key fed funds rate between now and the end of 2020, according to Bloomberg data.

People shouldn’t fear a replay of the 2008 financial crisis, according to a recent report from Standard & Poor’s. “The next global downturn is unlikely to be as severe as 2008-2009,” according to analyst Terry Chan.

He argues that there is limited risk of contagion, in which the failure of one borrower would cause the failure of another and so on. While global debt levels have climbed significantly over the past decade, most of the added debt reflects a jump in government borrowing in advanced economies and among domestically funded Chinese companies. Neither appears capable of infecting borrowers in other countries.

To be sure, stocks will feel the pain if the bond market is right about slowing economic growth. Mike Wilson, a strategist at Morgan Stanley, cautioned investors in a report published on Tuesday to “get ready for more potential growth disappointments.” He sees a risk that the S&P 500 will fall to 2,400 from its current level of about 2,780.

John Higgins of Capital Economics sounded a similar note in a report on Wednesday. He expects the S&P 500 to fall about 18 per cent, to 2,300 by year end.

“It is common for equity prices to remain high while Treasuries rally in anticipation of looser Fed policy,” he wrote. “The stock market’s resilience doesn’t tend to last, though, when the expected reduction in interest rates is vindicated by a subsequent slowdown in economic growth.”

His warning merits caution, but maybe not necessarily alarm. For all the storm clouds on the horizon, it’s not clear that any selloff would be long-lasting. Capital Economics, for instance, expects the S&P 500 to rebound to 2,600 – not far from current levels – by the end of 2020.

Neither is it clear that an inverted yield curve is necessarily a reason to run for cover. Since 1978, the S&P 500 has produced a median annual return of 7.4 per cent in the period between the initial inversion of the yield curve and the start of a U.S. recession, according to Jeroen Blokland, a portfolio manager at Robeco, the Dutch investment giant.

"Our analysis shows that while asset class returns in general are somewhat subdued between the first date on which the yield curve inverts and the start of the recession, the inversion of the yield curve is not followed by extraordinary deviations in returns,” he says.