David BermanInvestment Reporter
Published May 1, 2021 Updated May 1, 2021
For Subscribers
Comments
Text Size
Please log in to listen to this story. Also available in French and Mandarin. Log In Create Free Account

Fixed-income investments have lost some of their appeal this year, given rising inflation expectations and the looming threat of rate hikes from central banks as the global economy heals.

Its Canadian counterpart, the iShares Core Canadian Universe Bond Index ETF (XBB), has fared even worse. The fund has lost 5.2 per cent year-to-date, while stocks have galloped higher. The S&P/TSX Composite Index is up about 10 per cent over the same period.

Is there still a case for investing in fixed income at a time when some equity strategists are declaring there is no alternative to stocks?

The short answer is yes. However, investors should look beyond long-term government bonds and consider higher-yielding corporate bonds, preferred shares and even cash, now that the U.S. and Canadian economies are looking stronger and the Bank of Canada is already pencilling in rate hikes next year.

“Investors shouldn’t paint all fixed income with the same brush. Not all aspects of fixed income are sensitive to a rising-rate environment,” Philip Petursson, chief investment strategist and head of capital markets research at Manulife Investment Management, said in an interview.

Fixed income tends to preserve capital; it’s relatively safe – giving investors an opportunity to rebalance if there is a stock market correction.

There is also the argument that the bond market is already reflecting stronger inflation, faster economic growth and higher interest rates, suggesting that many of the factors currently weighing on sentiment toward fixed income are priced in.

“People are taking the sharp recovery and basically straight-lining it out, as if this was the beginning of a new cycle of higher growth and higher inflation. We fundamentally think that is where the error is,” Mr. Sandhu said in an interview.

He suspects that the jump in economic activity at the start of the year (U.S. gross domestic product surged 6.4 per cent at a seasonally adjusted annual rate in the first quarter) will slow down as the recovery progresses.

He also believes that headline inflation will peak within the next three months and then subside, causing interest rates – reflected in the yield on the 10-year U.S. Treasury bond, which has risen substantially since the start of the year – to level off.

“I think that 80 per cent of the move in interest rates is probably already over,” Mr. Sandhu said.

One way to position yourself for this environment is to look at high-quality corporate bonds, whose bigger yields can provide a cushion as interest rates rise. Corporate bonds also benefit from a recovering economy because stronger growth can mend stretched balance sheets, giving support to prices.

Even higher-yielding corporate bonds that are below investment grade may be worth a look, and for similar reasons: As the economy heals, once-struggling businesses perform better. Defaults decline and speculative debt can look considerably less risky.

“We have been recommending a shift from government bonds to high yield,” Mr. Peterssun said. “What we tend to see over time is that high-yield bonds actually make money in a rising interest rate environment.”

There may also be a role for preferred shares. Montreal-based Lester Asset Management has been exploring the virtues of some parts of this market in its fixed income portfolios – particularly rate-reset shares whose yields are periodically adjusted with changes in yields on five-year Government of Canada bonds. As bond yields rise, so does the expected distribution streams from these preferred shares.

And then there is straightforward cash, which pays next to nothing right now but can be an attractive asset in which to hang out if inflation rips higher and other asset classes, including bonds, decline.

In mid-April, Richard Bernstein Advisors, a U.S. investment manager, looked at the benefits of sitting in near-cash investments such as Treasury bills during the 1960s and 1970s, when nominal U.S. economic growth (which includes inflation) and bond yields were surging, and interest rates were high. The firm’s conclusion: Cash during these two decades was the best asset class at providing consistent downside protection, and it could perform well again if inflation takes hold.

Why now is an especially bad time to count on near-term market gains. Plus, what fund managers are doing with stock and bond allocations
April 30, 2021 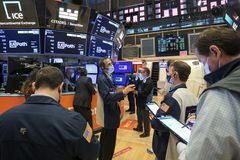