The unprecedented intensity of the continuing global market crash is fuelling calls in the United States and Canada for a rarely used provision – shutting down stock exchanges to prevent markets from collapsing entirely.

On Wednesday, pandemic fear gripped financial markets once again, twice triggering market-wide trading halts in the U.S. and Canada for the fourth day out of the past eight.

Trillions of dollars of investor money are evaporating at stunning speed, as markets grapple with the potential economic cost of the outbreak.

“If the market is so dislocated that the purpose of the market isn't functioning, in terms of trading and being able to manage risk, why is it open?” said Jason Mann, chief investment officer at Toronto-based Edgehill Partners.

So far, regulators and exchanges have not been receptive to the idea. “We feel strongly that it is in the best interest of all of our stakeholders; including issuers, investors, and market participants, that the markets remain open,” John McKenzie, the interim chief executive of TMX Group, said in a statement on Wednesday.

U.S. Securities and Exchange Commission chairman Jay Clayton told CNBC on Monday that “markets should continue to function through times like this.”

The argument for a temporary closing is that the pandemic is so unusual that markets are ill-equipped to gauge its economic impact, and that a full-blown market meltdown could quickly turn a health crisis into a financial one.

Allowing the sell-off to spin out of control could generate a wave of margin calls, forcing leveraged investors to liquidate their positions in order to settle their loans. Heavily indebted companies could lose access to credit markets, forcing them to cut costs, lay off staff or go bankrupt. Pension funds could become underfunded.

But exchanges are not meant to shut down simply because stock prices are crashing. Previous closings have typically been the result of war or disasters, such as Hurricane Sandy in 2012, or the Sept. 11, 2001, terrorist attacks.

“Markets are functioning as designed, to match willing buyers with willing sellers, and should continue to do so,” Brian Madden, a portfolio manager at Goodreid Investment Counsel in Toronto, said in an e-mail.

“Any shutdown of stock exchanges might serve only to displace panic and liquidity-seeking from the stock markets and move it to the banks.” While a run on Canadian banks is a remote possibility, limiting investors’ access to their own money could have unintended consequences.

Some market watchers arguing for a shutdown have been alarmed at the inability of central banks and governments to reassure investors. The extraordinary monetary and fiscal stimulus being injected into the global economy and financial system is doing little to stop the free-fall.

But bear markets don’t typically bottom out in response to financial shock and awe. There was nothing special about March 9, 2009, the day U.S. and Canadian stocks hit their low points in the aftermath of the global financial crisis, for example.

“There was no big policy announcement at that point. There was no great economic data, there was no earnings blowout – nothing to indicate we’d turned a corner,” said Craig Basinger, chief investment officer at Richardson GMP. Instead, that was simply the day that opportunistic buyers of equities started to overpower sellers. Today’s markets are far from that kind of inflection point, Mr. Basinger said. 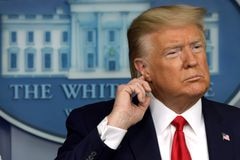 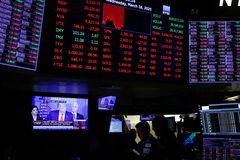 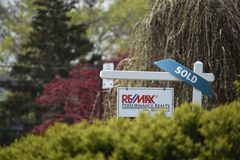 Coronavirus information
The Zero Canada Project provides resources to help you manage your health, your finances and your family life as Canada reopens.
Visit the hub
Follow Tim Shufelt on Twitter @tshufelt
Report an error Editorial code of conduct
Due to technical reasons, we have temporarily removed commenting from our articles. We hope to have this fixed soon. Thank you for your patience. If you are looking to give feedback on our new site, please send it along to feedback@globeandmail.com. If you want to write a letter to the editor, please forward to letters@globeandmail.com.
Comments