Investors are constantly told that higher yields come from higher risks, but a brand new Canadian exchange-traded fund is testing this market convention by tracking a portfolio that is broadly similar to the S&P/TSX 60 – yet targeting an 8.5-per-cent yield.

The new fund, created by Hamilton Capital and available for sale Wednesday, also provides investors with 1.25 times the market return of its underlying portfolio. If the market rises by 10 per cent, the ETF gains 12.5 per cent – and vice-versa if there is a loss.

To provide this, Hamilton’s Enhanced Multi-Sector Covered Call ETF (HDIV-T) tracks a new index of seven covered call ETFs that, when combined, broadly mimic the S&P/TSX 60. However, they are not a perfect match, and Hamilton’s portfolio offers more exposure to some higher-yielding sectors, such as utilities, and less exposure to the likes of industrials.

Covered calls have been popular with retail investors for years because they offer substantial yields, but these come at the expense of lower exposure to market returns. That trade-off can be problematic in rising markets, so Hamilton’s new fund employs modest leverage to torque the return that its investors will receive.

The trade-off is that the opposite will also be true in a market downturn. To help mitigate this, Hamilton’s portfolio is comprised of quality companies. “If you are a long-term investor, these movements should not matter that much to you,” Hamilton managing partner Rob Wessel said. “And the power of compounding should help you.”

Since July, 2015, the S&P/TSX 60 has delivered a compound annual return, including dividends, of 9.4 per cent. Over the same period, Hamilton’s new fund would have delivered an equivalent return of 12.1 per cent annually.

As for the debt used to juice its returns, Hamilton limits the amount it uses on purpose. “Leverage is not something to be taken lightly,” Mr. Wessel said. “The goal here is modest leverage on a low-beta portfolio.”

Borrowing to invest has become commonplace in both Canada and the United States over the past year, with margin debt hitting historic highs this year. However, Hamilton’s ETF provides investors with much cheaper leverage than that offered by retail brokerages.

In Canada, most retail investors can borrow at a cost of roughly 3.75 per cent annually. Hamilton, through its prime broker National Bank of Canada, can borrow for much cheaper, and those savings are passed on to the end investor. The new ETF charges an annual management fee of 65 basis points, or 0.65 per cent.

While similar products have existed before, historically they had to be offered as closed-end funds, which meant investors had to pay hefty upfront fees. Canadian regulators recently updated the country’s fund rules, allowing ETFs to dabble in debt.

Hamilton originally tested the strategy last year on a fund that enhances the performance of Canada’s banks, which launched in October. Since then it has delivered a total return of 49.7 per cent, topping Bank of Montreal’s Covered Call Canadian Banks ETF, which delivered an equivalent return of 32.7 per cent over the same period.

However, investors have been burned by funds that offer enhanced returns in the past, such as those that promised three times the gains or losses on oil prices. Little known to many investors, these funds were often designed as short-term bets and weren’t supposed to be held through multiple bouts of volatility. Hamilton’s new fund, meanwhile, is built around quality names that can be owned for the long haul.

Rob Carrick: ‘What online stock trading platform would you recommend for a beginner?’
Subscriber content
July 20, 2021 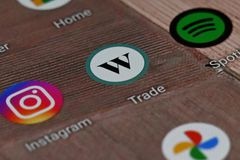 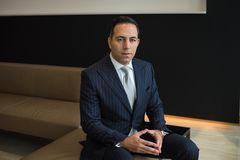 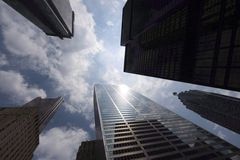