The Canadian investment fund industry is undergoing a mass revision of its risk ratings, making many mutual funds and ETFs appear safer than they actually are, according to some investor advocates.

Every Canadian fund is required to rate its risk on a five-point scale from low to high based on its performance during the past 10 years.

But now that the 2008-09 financial crisis is no longer part of that track record, hundreds of funds are being reclassified to lower risk ratings. This includes what are widely considered to be higher-risk investments, such as all-equity funds, emerging markets and commodities.

“This will mislead investors. Advisers themselves are being fooled by the ratings,” said Ken Kivenko, a prominent investor-rights advocate. The “flawed” risk-rating framework is drawing Canadian investors, including retirees, into inappropriately risky funds, he said.

“It’s a risk people shouldn’t have to take in this day and age, that they might be buying a fund with a built-in time bomb.”

Mr. Kivenko recently intervened on behalf of an elderly investor who wanted a bit of income out of her portfolio with modest growth and low risk. Her adviser recommended an international stock fund, thinking its low-to-medium risk rating made it appropriate for her needs and risk tolerance.

The fund subsequently declined by 22 per cent last year, reducing her retirement savings by thousands of dollars.

She ultimately recovered her money when an independent mediator determined that the fund, despite its risk rating, was not suitable for the retiree. The details are covered by a confidentiality agreement.

Many saw this kind of thing coming.

Recognizing the need for standardized risk ratings, in 2013 the Canadian Securities Administrators (CSA) proposed a scale based on a fund’s recent performance – specifically, how much its returns bounced around the monthly average, which is one definition of “volatility.”

Several industry participants objected to using volatility as the sole measure of risk. Fund investors are exposed to a variety of risk factors, from inflation, to currency fluctuations, to the chance you can’t sell your investment in a declining market.

The CSA disagreed that treating volatility as a proxy for risk could mislead investors, and said the ratings would be supplemented by plain language on the potential for investors to lose money.

“We are surprised that the CSA wholesale rejected these submissions in a rule proposal designed to protect retail investors,” Eric Adelson, then-head of legal at fund company Invesco Canada Ltd., wrote in another letter to the CSA.

The CSA’s risk-rating framework came into force in March, 2017, for mutual funds, and the following September for exchange-traded funds (ETFs). Since that time, other concerns with the methodology raised during the consultation period have proven valid.

Extended periods of lower-than-average volatility in global markets, for example, could make funds appear less risky, according to several industry observers who weighed in on the proposal.

“This time period was chosen so that a fund’s standard deviation, and resulting risk level, would not fluctuate frequently,” the CSA said in an e-mail.

But since March, 2017, fund companies have lowered risk ratings on Canadian funds at least 274 times, according to Dan Hallett, vice-president and principal with HighView Financial Group.

This is the product of a persistent bull market that is now 10 years old – a period that has seen stretches of extraordinary market calm and a steady upward march in global stock prices with relatively few interruptions.

As a potential safeguard against fluctuations in risk ratings, the CSA also gave fund providers the discretion to classify funds as higher risk than is mandated by volatility calculations.

But that doesn’t appear to be working either.

According to data compiled by Brian Bridger, vice-president of analytics and data at Fundata Canada, there have been about 150 fund-rating changes this year up to early July, of which 145 were lowered to a safer designation.

“The actual risk of these investments has not gone down. In reality, it’s probably gone up, because stocks are trading at historically high valuations, particularly in the United States,” said Ermanno Pascutto, executive director at the Canadian Foundation for Advancement of Investor Rights.

As we get further away from the global financial crisis, many funds are now able to leave their single worst period of performance out of their risk assessment.

Back in 2008-09, the S&P 500 Index suffered a drawdown of 57 per cent, and the recovery back to its previous peak took more than five years. The S&P/TSX Composite Index, meanwhile, fell by 50 per cent, followed by a six-year recovery.

He and others lobbied, unsuccessfully, for risk ratings to always factor in at least one bear market. “It’s going to happen again, and people need to be prepared for that,” Mr. Hallett said.

Falling risk ratings are now putting many all-stock funds in a low-to-medium category, while several balanced funds are being reclassified as “low risk,” which to Tom Bradley, president of Steadyhand Investment Funds Inc., “doesn’t pass the sniff test.”

“Why are people in such a hurry to lower their risk ratings? One reason might be that it gives their fund a broader audience or market,” Mr. Bradley said.

Fund risk ratings use similar language to the individual risk tolerance levels – low, medium and high – that financial advisers are required to establish with their clients.

While fund risk assessment and investment suitability are meant to be separate obligations, it’s easy to confuse the two, such that an equity fund with a low-to-medium risk rating might appear appropriate for a conservative investor.

“You’re going to see this more and more,” Mr. Kivenko said. “It is the next two years that we fear will show a jump in complaints.” 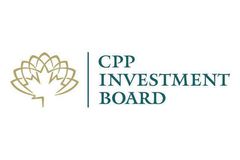 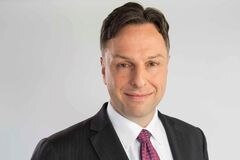 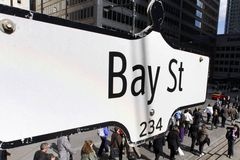