Canadian-based restaurant stocks have largely recovered from the pummelling taken from the pandemic lockdowns as investors bet on consumers’ growing appetite for dining out. Still, there’s concern the restaurant recovery trade could fade given the growing list of pressures on the sector amid the economic reopening.

Companies such as Restaurant Brands International Inc . (owner of the Tim Hortons, Burger King and Popeyes brands), MTY Food Group Inc . (brands such as Pizza Delight, TacoTime and Thai Express), Recipe Unlimited Corp . (Harvey’s, Swiss Chalet, Milestones) and A&W Revenue Royalties Income Fund are trading around or above where they were at the start of 2020 before the lockdowns began.

While investors appear to be betting the pandemic risks have mostly been removed from the sector, some market watchers believe the restaurant stock resurgence could be premature.

It’s not just the latest virus variant concerns that could keep consumers away longer, Mr. Madden said, but the rising cost of dining out. Restaurants have been forced to increase their prices because of a mix of inflation and supply shortages that are driving up the cost of supplies, as well as higher labour costs.

“The question at this juncture is, ‘Are those shares appropriately valued? What kind of expectations for recovery are they pricing in and are those reasonable and realistic?’ ” he said. “We just don’t think that they are.”

Mr. Madden’s firm bought shares of Restaurant Brands in March, 2019, for around $87, the only restaurant name in his roster of about 20 Canadian holdings, and sold it in December, 2020, for about $79. The stock now trades around $81 on the Toronto Stock Exchange.

“We thought the stock had priced in a more rapid recovery than what we expected,” he said. “We saw better growth visibility outside the restaurant space.”

Some restaurant stocks have seen big rallies since the pandemic drop, including MTY, which is up 130 per cent over the past year. The shares have climbed by about 25 per cent since July 9, when the company announced it would resume its quarterly dividend in August and reported a profit of $23-million for its second quarter ended May 31, compared with a loss of $99.1-million a year ago.

“Historically, MTY has traded at a significant premium to most of its Canadian peers due to its acquisitive business model,” TD Securities analysts Derek Lessard and Cheryl Zhang said in a recent note.

They believe the valuation gap has closed as the company refocuses efforts on organic growth and strategic acquisitions. However, the analysts believe these “will result in a healthier base business and more consistent earnings, which in turn should push the valuation higher.”

For investors looking to own a piece of the restaurant sector, some analysts suggest being selective about which stocks to buy – and when.

“You need to be careful that you’re not jumping into something that may be a stock that’s gone over its skis in terms of valuation or returns,” said Ryan Modesto, chief executive officer of 5i Research.

For instance, though Restaurant Brands shares have rebounded, he likes the stock because of the company’s iconic brands and growing dividend, currently yielding about 3.3 per cent.

“They have the size, the scale and the brands to be able to pick up market share as things reopen,” he said.

Mr. Modesto also likes A&W Revenue Royalties Income Fund, describing it as one of the faster-growing names in the Canadian restaurant industry. The distribution was reduced last year but has been steadily rising closer to prepandemic levels and currently yields 4.2 per cent.

“There’s also a bit of a differentiator with A&W: They’ve done a really good job at establishing themselves as an environmentally conscious brand, which has resonated with their customers. We saw that in the growth before everything shut down,” Mr. Modesto said.

He also believes quick-service restaurants overall are less risky in the near term.

“I think the quick-serve restaurants just have a bit more flexibility. With a full-service restaurant, it’s just a bit harder to ramp up, open up and fill up your restaurants,” he said.

In a recent note, Acumen Capital analyst Nick Corcoran pointed out that North American quick-service restaurants generally trade at a premium to full-service restaurants based on EV/EBIDTA (enterprise value to earnings before interest, taxes, depreciation and amortization) – a ratio used to determine the value of a company.

“Quick restaurants typically trade at a premium to full-service restaurants because they are more scalable with lower start-up costs, have higher growth, and cross borders more easily,” Mr. Corcoran said in an e-mail.

Kathleen Wong, an analyst at Veritas Investment Research, also believes quick-service restaurants are in a better position to grow in the recovery.

She covers Restaurant Brands (with a buy and target of US$74 for its U.S.-listed shares) and points to its expanding drive-through, delivery and digital services as competitive advantages for hungry customers seeking a more seamless ordering experience.

Many consumers remain hesitant about indoor dining and it could take more time for those companies to see their revenues rebound from the pandemic setbacks, Ms. Wong said. 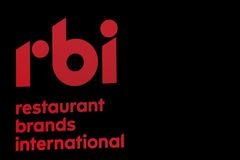 How investors can take a bite out of the resurgent restaurant industry
Globe Advisor content
June 24, 2021 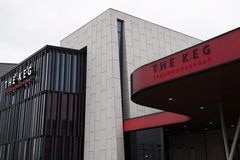 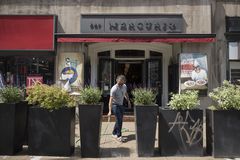